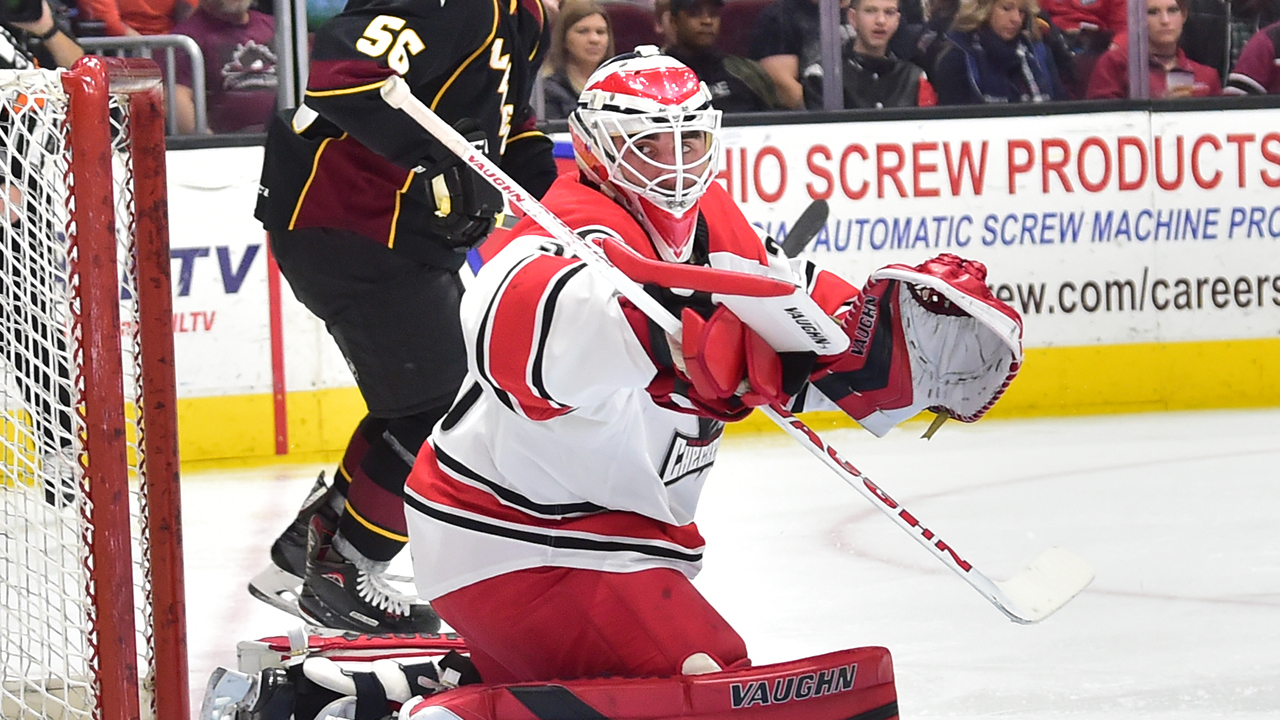 During the season, Checkers broadcaster Jason Shaya checks in each week with his 10 Thoughts - a series of observations about the team and the hockey world in general. 1. It was only about a month ago when the season was looking rather grim for Charlotte. However, in the last few weeks the team has found its identity and is clearly playing the best hockey of their season led by players like Julien Gauthier and Steven Lorentz who are in the midst of scoring surges. It's a poised and confident team that enters Wilkes-Barre/Scranton on Wednesday to play their former goalie, Dustin Tokarski, and coach, Mike Vellucci. It's going to be a challenging end to this long road trip but Charlotte is in solid position to come home happy if they continue to do the hard work needed.

2. Charlotte has only given up five goals against in the last five games while scoring 20 goals by 14 different players. This isn't a team being carried by a single player or line. Everyone is coming together at the right time.

3. Jake Bean will make his first AHL All-Star appearance and it's the right choice. While there are others who could've made it, Jake has been the most consistent player for Charlotte all season and continues to draw praise from the coaching staff.

4. With the exception of Warren Foegele, I'm not sure if I've ever seen a player create more quality scoring chances for himself by using his speed and tenacity than Colin Markison. He's one of the major reasons Charlotte has the best penalty kill in the league.

5. The move by Carolina to acquire Oliwer Kaski is one of the best early-season trades for Charlotte ever. His transition into the lineup worked immediately and he helps round out a defense that I would measure up against any other team in the AHL. We should note here that Gustav Forsling is showing why he can be an NHL defenseman each night. He is a great skater with a heavy and accurate shot. He's been one of the Checkers best players in the last month and he's tied with Lorentz for the team-high at +12.

6. When you're building an AHL team and think that money alone can buy you wins, you'd be wrong most times. It's better to comprise a team of players with something to prove and the desire to play hard every night than veteran players who pace themselves until a power play to pad their stats. Money only gets you so far and the Atlantic Division is a good example.

7. During this season-high five-game winning streak, every single time the team needed a big save from either Alex Nedeljkovic or Anton Forsberg, they got it. It would be impossible to find a better goalie tandem in the league right now than those two men. Head coach Ryan Warsofsky said this week that not only are they two great goalies but they're also great people as well. If Charlotte should manage to qualify for the playoffs this season, these two men will play major part.

8. Former Checkers center Nic Roy now has five points (2G, 3A) in nine games this season with Vegas. Making a run in the playoffs last year put Nic at centerstage when he played the best hockey of his career. Vegas took notice and traded for him in a move that worked out for both the Hurricanes and Golden Knights.

9. Chase Priskie is rolling right now with seven points (3G, 4A) and a +11 rating in his last six games. He's made huge strides in the last month.

10. If the Pittsburgh Penguins didn't have such an injury-plagued lineup, Wilkes-Barre/Scranton would be amongst the top teams in the AHL. The Checkers will try to take advantage when they visit the Penguins on Wednesday. I have no doubt it will be the toughest game of Charlotte's road trip.

Wednesday night will be live from WBS and the pre game show begins at 6:50pm. Join us on ESPN 730 live stream, the Checkers app or AHLTV.