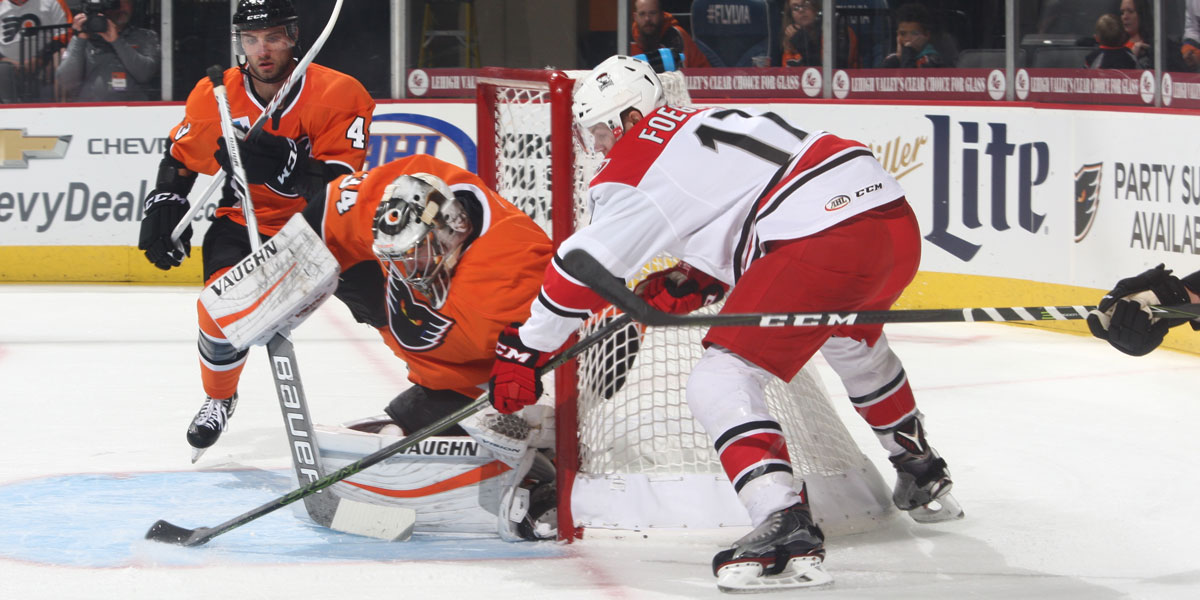 The Checkers swept their two-game preseason slate in Lehigh Valley with a 5-2 win over the Phantoms on Saturday.

Warren Foegele (2g, 1a) and Nick Schilkey (1g, 2a) led the Checkers with three points apiece in the victory, which saw the Checkers score three times in the third period to break a 2-2 tie. Dennis Robertson and Julien Gauthier also scored for Charlotte, which will head into Friday’s regular-season opener in Hartford with a perfect 2-0-0 exhibition record following this game and Friday’s 8-1 triumph.

Schilkey, a first-year pro out of Ohio State who recorded a hat trick on Friday, totaled seven points (4g, 3a) in the two-game set to lead all skaters. Foegele, a fellow rookie who was named Most Valuable Player of the Ontario Hockey League playoffs at the junior level this past spring, accumulated five points (3g, 2a) on the weekend.

While the power play was the story of Friday’s win with a 4-for-6 effort, all of Saturday’s goals came at even strength as the Checkers went 0-for-7 on the man advantage. Fast starts were a common theme of both games, as the Checkers followed up Friday’s five-goal first period with a 2-0 lead and a 15-5 shots advantage following Saturday’s opening frame.