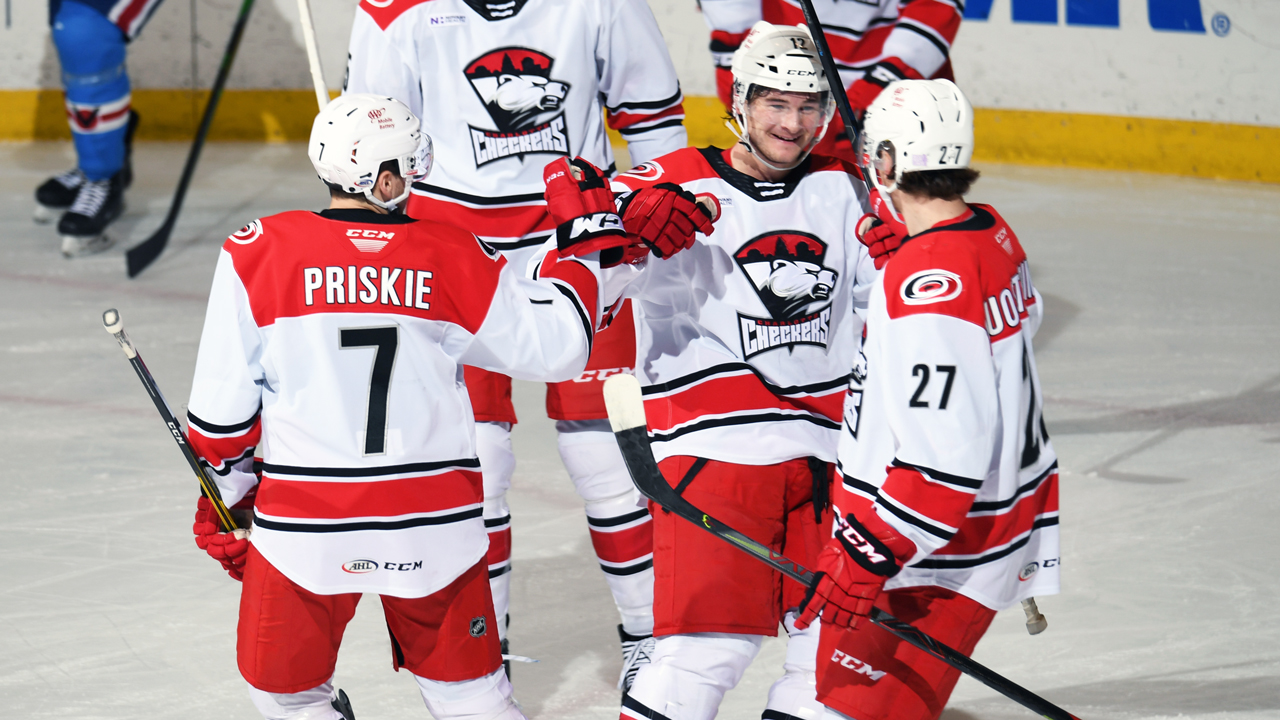 One night after suffering a shutout at the hands of the red-hot Rochester Americans, the Checkers used a strong start to pick up a 3-1 win and end their road trip on a high note.

Julien Gauthier and Morgan Geekie scored power-play goals in the opening frame and the Checkers never looked back as they handed Rochester its first regulation loss since Oct. 30, ending the team’s 12-game point streak (10-0-2). Anton Forsberg made 32 saves to defeat the Americans, who had gone two full games without allowing a goal prior to the Checkers’ first-period onslaught tonight.


SCORE SHEET PHOTO GALLERY
Having won two of three on their road trip, the Checkers now head home to prepare for a six-game home stand that starts Friday and heads right into the holiday break.

Charlotte drew first blood in this game when Gauthier streaked down the right wing, beat a defender and roofed a shot under the crossbar just 7:27 into the contest. Geekie would add to that when Forsberg sent a long pass to the opposite blue line, which Roland McKeown quickly collected and sent forward to Geekie for a cool forehand-to-backhand finish on the breakaway.

After Jean-Sebastien Dea got one back for the visitors near the end of the second to make things interesting, the Checkers held on until Max McCormick deposited an empty-net goal to seal the victory for Charlotte.

Forsberg earned his second assist of the season … Geekie’s goal was his first since Nov. 15 (10 games) … Gauthier has three goals in his last three games … The Checkers scored multiple power-play goals for the fifth time this season and second in their last three games … Geekie and McKeown are now tied for second on the team in scoring, just one point behind Jake Bean, who missed the game due to personal reasons … Forwards Cedric Lacroix, Stelio Mattheos and Kerby Rychel missed the game due to injury.

The Checkers begin their home stand with back-to-back games against the Syracuse Crunch starting this Friday at 7 p.m.