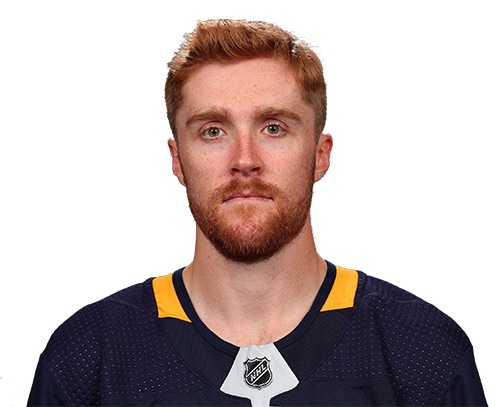 Missed the first 42 games of the season with an ankle injury that sidelined him until January ... Appeared in 17 AHL games with the Rochester Americans after returning from injury ... Recorded seven points (3g, 4a) for the team from Jan. 11 to Feb. 20 ... Re-joined the Sabres and logged four shots on goal in his season debut on Feb. 23 vs. Washington ... Recorded three assists in 15 games with Buffalo, including in consecutive games on March 4 vs. Edmonton and on March 7 at Chicago.

Ranked second among Wilkes-Barre/Scranton skaters with 1.06 points per game ... Also ranked third in goals (22) despite playing only 34 games with the team ... Led the AHL in goals at the time of his final recall to the NHL ... Played 24 games in the NHL with Pittsburgh, scoring six points (5g, 1a) ... Missed the end of the regular season and playoffs due to injury as the Penguins captured a Stanley Cup championship.

Spent the majority of his first full professional season in Wilkes-Barre/Scranton ... Ranked fourth on the team with 41 points and third with 19 goals ... Tied for the team lead with seven power-play goals ... Made his NHL debut with Pittsburgh vs. NJ (12/2) ... Made his professional playoff debut with Wilkes-Barre/Scranton, ranking second on the team in playoff points per game (1.33) after recording four points (2g, 2a) in three games ... Also appeared in three Stanley Cup Playoff games with Pittsburgh.