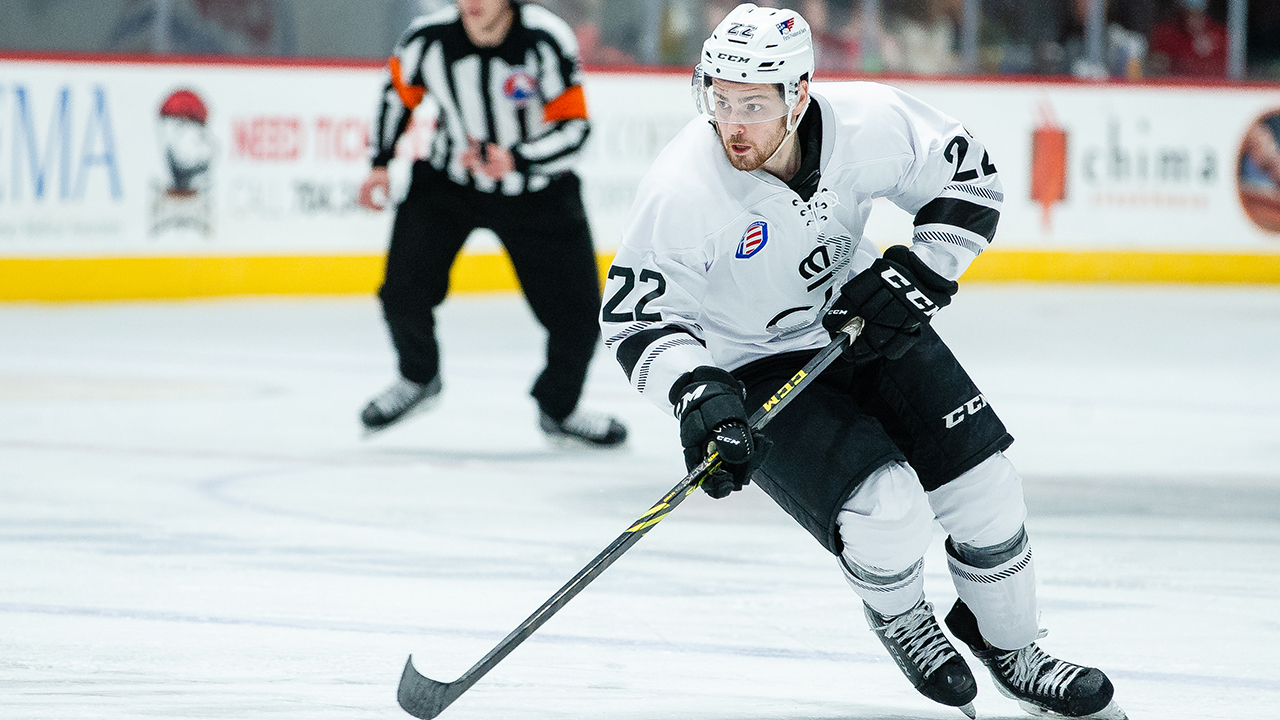 Entering the pro ranks just prior to a global pandemic has made for an interesting career path for Chase Priskie.

“The first two seasons of my pro career were cut short with Covid,” he said. “This was really my first full pro season and it’s a great learning curve.”

As a Carolina prospect, the blue liner was a standout for the Checkers in 2019-20 until he was dealt to the Florida organization - just before the season was officially canceled. Then in 2020-21, Priskie was a part of the Panthers contingent housed on the Syracuse Crunch for the shortened AHL campaign as the Checkers (among other teams) opted out.

After all that, Priskie finally faced down an uninterrupted season in year three and put together an impressive 31-point effort while emerging as a key piece of the dual affiliation success story.

“He continues to get better,” said Head Coach Geordie Kinnear. “He wanted to win and that speaks volumes for the character and what he does in that locker room.”

The 26-year-old set career highs in both goals and games played, taking a big step forward in his overall development.

“I think my growth came through the guidance of some of the other defensemen and Geordie,” said Priskie. “I can’t speak highly enough about Geordie and his impact on my career.”

Along with continuing to shine at the AHL level, Priskie was able to make the jump to the NHL as well - suiting up for an emotional debut with his hometown Panthers and eventually appearing in four games for Florida.

“I don’t take any games for granted, whether it be in the AHL or the NHL,” said Priskie. “For me to get called up and play my first NHL game in Florida at home in front of friends and family, it was something I’ll never forget. It’s huge to know that you’ve earned the opportunity to play in the NHL.”

Priskie’s next step is up in the air, as he enters the offseason as an unrestricted free agent. But having been dialed in on his first shot at a full season worth of games, his future hadn’t been at the forefront of his mind during the year.

“I haven’t really thought about it,” said Priskie. “We were really just invested in winning here in Charlotte. I guess it’s something that I’ve got to figure out sooner rather than later. I would love to be back with Florida, it’s a fantastic organization and they treated me unbelievably - from management down to the coaches here. It’s been a great experience for me personally. I’d love to be back.”

Priskie’s drive to win - as illustrated by multiple playoff games where he was asked to play forward for the first time as a pro - left an impact on the coaching staff as well.

“I’ve loved having him on my team,” said Kinnear. “As a coach I just want him to continue to grow and take another step next year.”

Year number three was a special one for Priskie - from finally getting through a full season to earning his first NHL recall - and doing it all while back in the Queen City was icing on the cake.

“This place definitely has a place in my heart,” he said. “I love Charlotte and I love their fans and I just want to thank them for everything this season.”