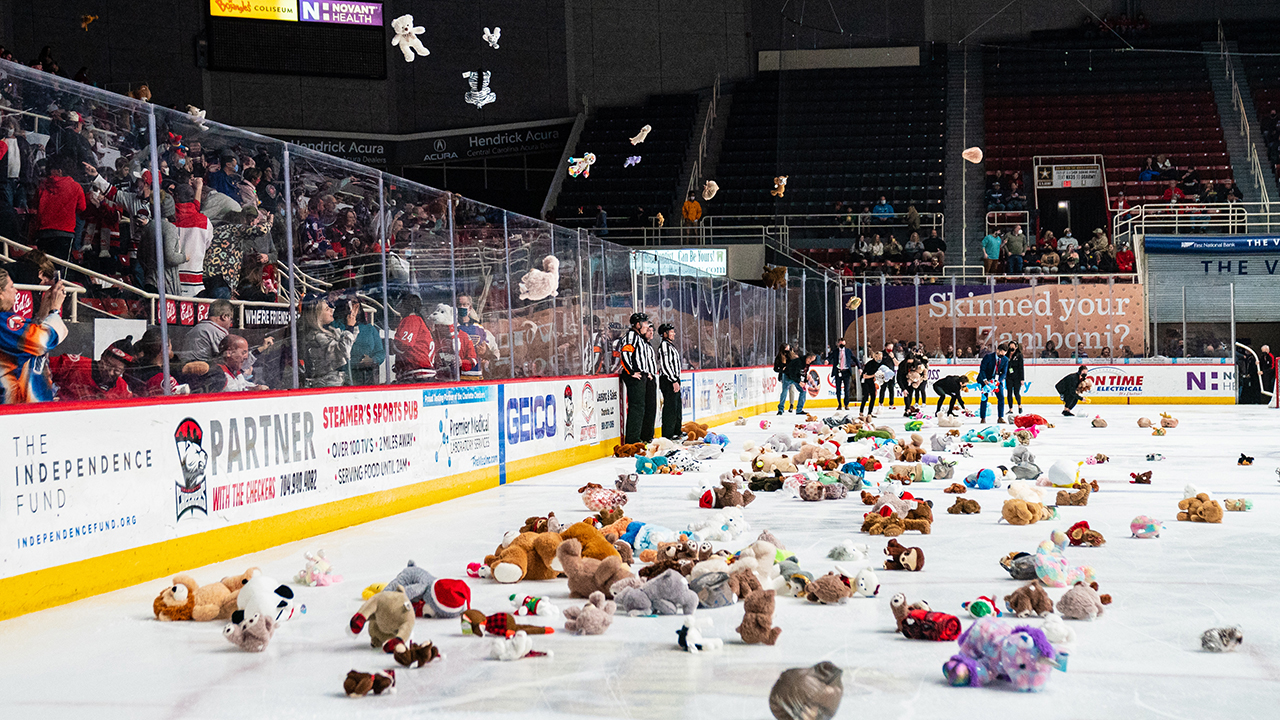 The Charlotte Checkers today announced that they raised $302,629 for the community during the 2021-22 season. The team has now made $5.1 million in contributions since Michael Kahn took ownership of the team in 2006.

Game-worn jersey auctions were once again a significant community fundraiser, totaling more than $192,000 over four different auctions throughout the season. After successful postgame auctions for the “Stick Taps for Service” Night presented by Novant Health on Nov. 6 ($29,067), the Checkers went on to host auctions for Charlotte Night presented by The Independence Fund on Jan. 15 ($32,481) and St. Patrick’s Day presented by Helacious on March 17 ($46,416) – the latter of which was a record for the most the team has ever raised in a single jersey auction. Immediately following the season, the primary red jerseys worn throughout the season raised $38,491 in an online auction.

Other auctions held throughout the season benefited Save our Allies’ Ukraine relief fund and various LGBTQ and diversity support groups during the annual Hockey is for Everyone game.

The Checkers also made approximately $70,000 worth of monetary and in-kind donations to more than 60 different nonprofits, schools and charity organizations over the course of the season.

Since joining the league prior to the 2010-11 season, the Checkers have won the American Hockey League’s Excellence in Community Service award three times (2011, 2014, 2015).