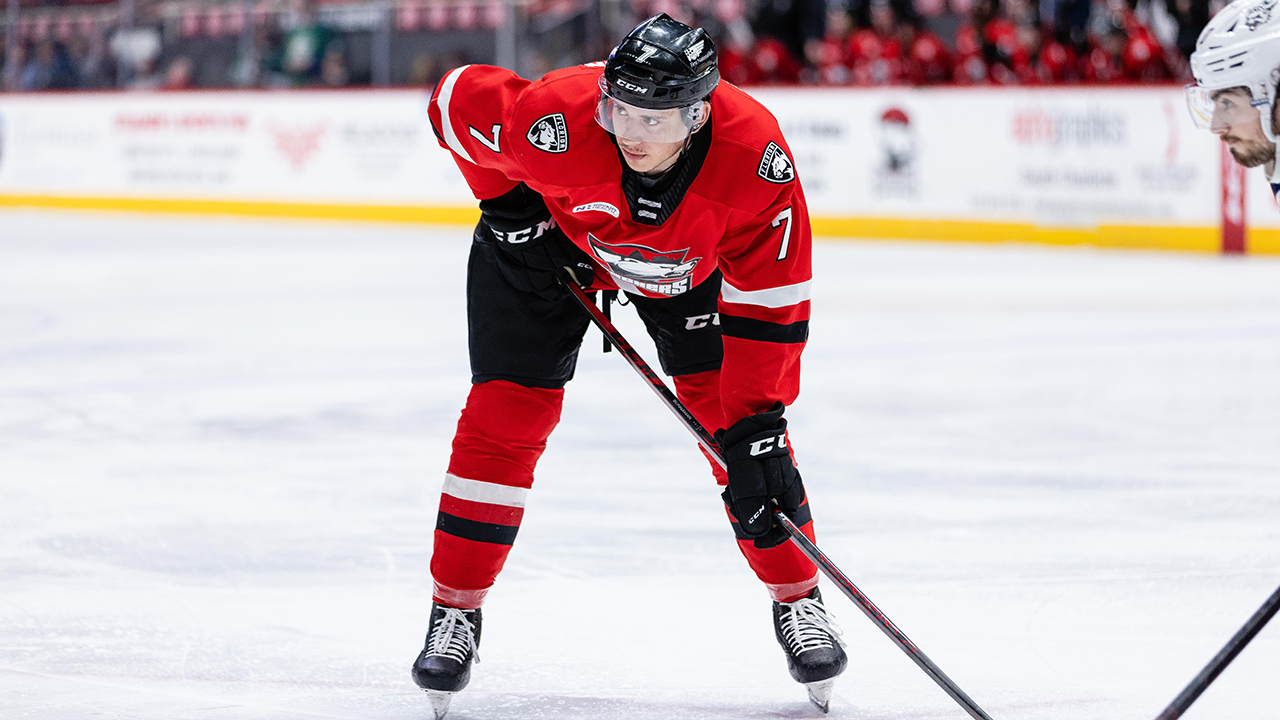 That came to fruition in March, as the 24-year-old was included as a piece in Florida’s blockbuster acquisition of Claude Giroux.

“I think I needed a little change,” said Bunnaman. “The last two years weren’t my best years in Philly. I was surprised with the trade but I was happy with it.”

Bunnaman found himself challenged with the task of not only joining a new organization, but jumping onboard a jelled Checkers team that was full-speed ahead into their charge toward the playoffs.

“At first it was a little rocky, for the first couple of games,” he said. “Lehigh and Charlotte play a totally opposite kind of game. I had to get used to the speed and all the systems. Everybody here does everything to a T very well. No dump and chase kind of hockey. That was definitely different for me but I really enjoyed it.”

Bunnaman quickly found a spot in the lineup down the stretch and into the postseason, filling a need for the Checkers with his style of play.

“Especially in the first [playoff] series, I thought we saw some physicality and what Bunny can bring,” said Checkers Head Coach Geordie Kinnear. “It took a little bit to get him to understand how we wanted to play, but I thought he picked it up pretty quick. He’s a big body.”

As the playoff run wore on it became clear that Bunnaman had won the confidence of the coaching staff, as he found himself deployed in more and more situations - including on the power play.

“It feels good,” he said. “Whenever you come to a new team or even just go up for your first few NHL games, trust is a big thing. That’s what I was taught when I was coming up in the OHL. Get the coach to trust you and he’ll play you in a little more defensive role, then you start getting more ice time and then the points come. That was nice to see.”

Bunnaman finished with three points in 12 games for Charlotte, plus one goal in seven playoff games. With that short stint to get acclimated, he now has his sights set on wowing the organization heading into next year.

“I think it fits in pretty well,” said Bunnaman on the match between his style of play and Florida’s. “The big thing is that [the Panthers] don’t really know me that well, I haven’t been able to go up there. So first impressions are going to be big next year. Just need to stay focused, be in the best shape possible and play my game, play that heavy game and see where it takes me.”

The immediate fit that Bunnaman showed with Charlotte is an encouraging sign for the Checkers’ outlook next season, as they aim to continue their climb to a title run.

“It was a physical series against Springfield, so we’re going to need that moving forward,” said Kinnear. “We’re looking to take that next step - you get beat out, you need to have that hunger to be able to win the next year. We’re looking for that hunger from him.”