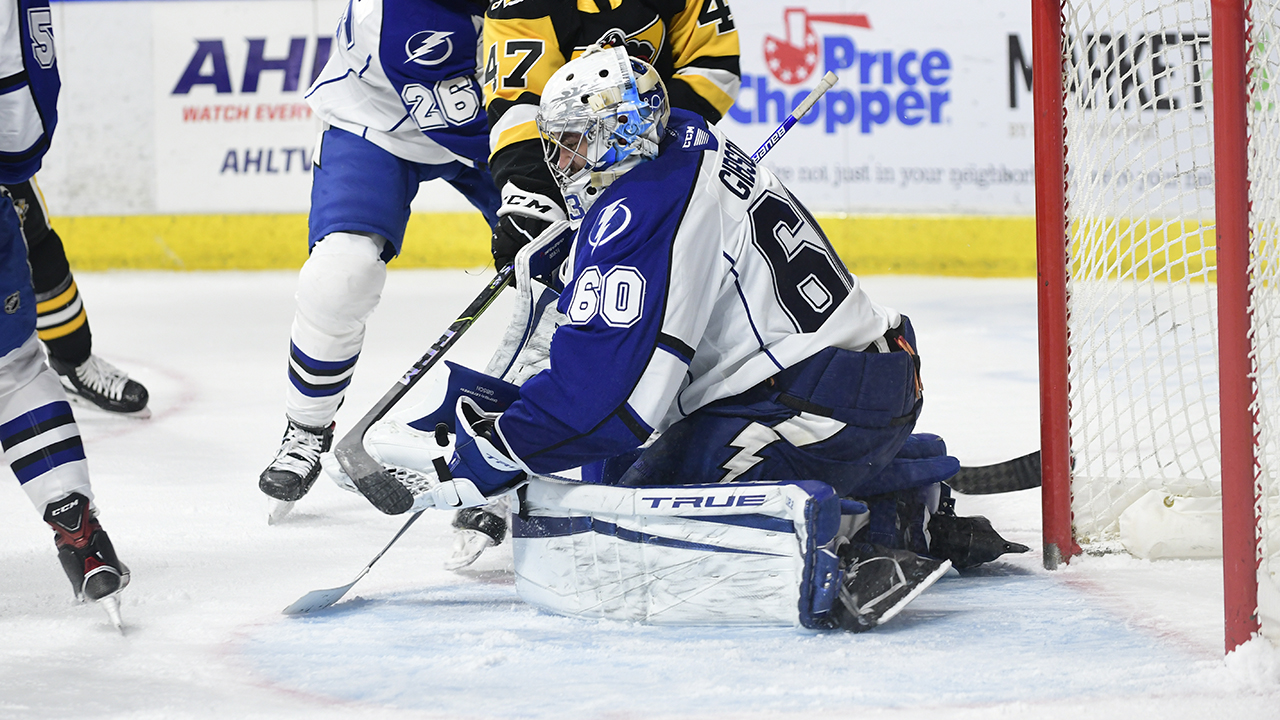 The NHL free agent period got off to one of the fastest starts of any in recent memory, with well over 100 new contracts signed on Wednesday alone.

A number of those contracts affected Checkers of the past, present and future, so we thought it would be good to summarize it all here.

It’s too early to say which goaltenders are going to be on the Checkers’ roster to start the season, but it seems like the team will be in good shape no matter what.

The Florida Panthers’ signing of veteran netminder Christopher Gibson gives the organization veteran depth (the 28-year-old has played 16 NHL games over eight professional campaigns, including two with the Tampa Bay Lightning last season), while providing a solid No. 1 option at the AHL level should things shake out that way (he has a 2.60 goals-against average and .911 save percentage in 210 career AHL games with Toronto, Bridgeport and Syracuse). The Panthers got an especially close look at Gibson last season while sharing AHL Syracuse with the Lightning organization.

Florida will certainly have Sergei Bobrovsky on the NHL roster, but their second position could go to any of Gibson, Samuel Montembeault or highly-touted rookie Spencer Knight – the latter of whom contributed more than expected in a late-season audition with the club and showed he may be ready for NHL duty right now. Montembeault, who has played 104 games for the Panthers’ AHL affiliate over the last four seasons in between NHL stints, is a restricted free agent as of this writing.

None of that considers the Seattle side of the equation. With the Kraken now set with high-profile signing Philipp Grubauer and Chris Driedger, their expansion draft selection from Florida, in goal, Joey Daccord seems set as their No. 3 option. The former Ottawa Senator would not require waivers for an AHL assignment.


We have agreed to terms with goaltender Christopher Gibson on a one-year, two-way contract!

Here’s a list of familiar names that signed new contracts on Wednesday alone:


In addition to those signings, the Edmonton Oilers acquired Warren Foegele via trade. With he and McGinn leaving Carolina, Martn Necas and Steven Lorentz are the only remaining Hurricanes that spent significant time with the Checkers before moving up the ladder.

In other news, two defensemen that were previously under two-way contracts with the Panthers, Brady Keeper and Ethan Prow, joined Vancouver and Buffalo, respectively. Forward Juho Lammikko, who re-joined Florida on a two-way last season, upgraded to an NHL one-way for 2021-22.


The Penguins have signed forward Brock McGinn to a four-year contract.

With the first-day frenzy over, look for both the Panthers and the Kraken to sprinkle in a few more two-way signings, whether that means taking care of their own restricted free agents or bringing in new players, over the coming weeks and months. As always, the Roster page on this website will illustrate the available player pool until the fight for places takes place in training camps this fall.