Notebook: A Chance To Regroup, Adding New Pieces and More 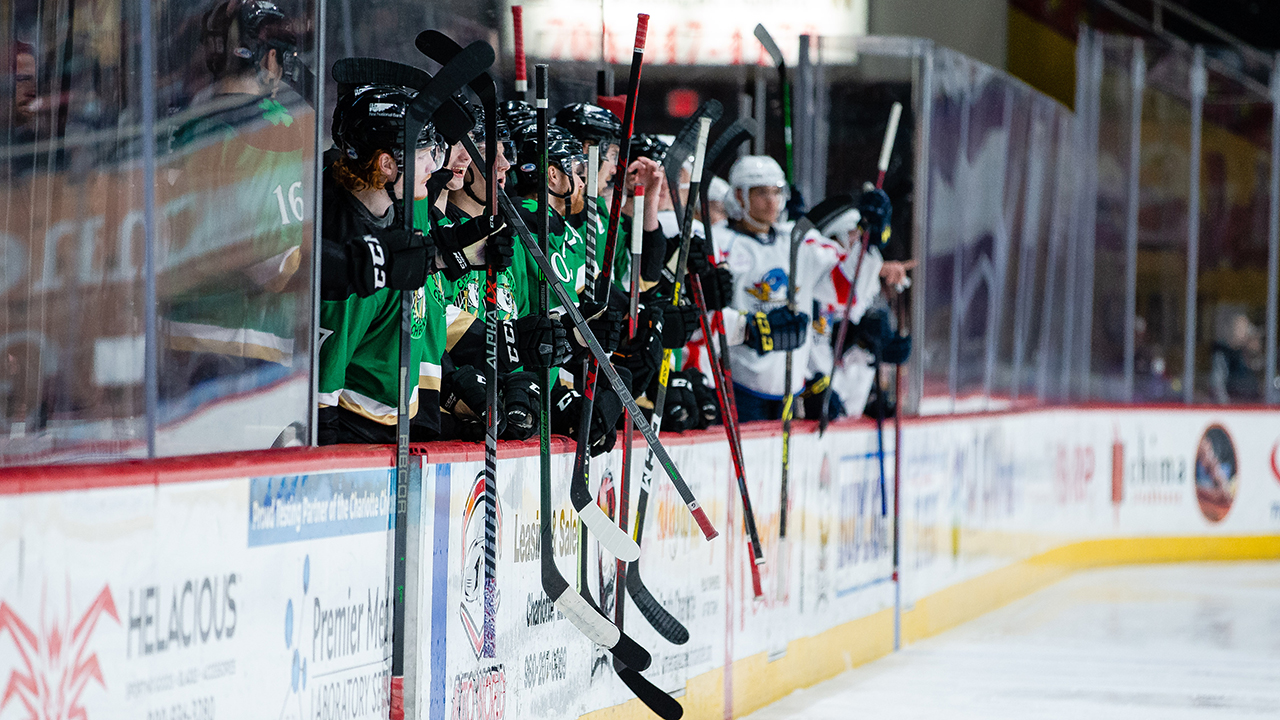 After a wildly hectic stretch of the schedule, the Checkers finally got a chance to catch their breath this week.

Since kicking off their road trip in Providence on Feb. 25, the Checkers played 10 games over 16 days - only having back-to-back off days twice over that stretch. A gutsy effort to claim a point in the standings against Springfield on Saturday capped off that grueling run.

“It was a really long road trip, and they came right back,” said Checkers Head Coach Geordie Kinnear after Saturday’s overtime loss. “That’s a great effort in back-to-back games, so I’m proud of the group.”

With that behind them, the schedule opens up for the Checkers a bit now, allowing for multiple days of practice before Thursday’s matchup against Providence - like the up-tempo skate the group partook in on Tuesday.

“Our focus is to always get better,” said Kinnear. “Today was just about being fast and organized and working on some breakouts. We have a lot of bodies that we need to get up to speed as fast as possible.”

This is traditionally the time of year when college teams begin to wrap up their seasons, paving the way for prospects to hop onto teams for the home stretch of the season. Tuesday’s practice saw a pair hitting the ice for Charlotte.

Dennis Cesana made his pro debut last Friday, appearing in both contests over the weekend after finishing his collegiate career at Michigan State and joining Charlotte on a professional tryout. The 23-year-old inked a two-year AHL deal with the Checkers that begins next season, but he’s getting an early taste of the pro game while logging legitimate minutes for Charlotte.

“Dennis came in from college and we threw him right in the fire,” said Kinnear. “He did a great job.”

“Shout out to Dennis Cesena too – first pro game, first American League game, and he was awesome,” said goaltender Joey Daccord after Friday’s game. “I’ve known him for a while and grew up playing against him, so it was fun to see him play well.”

Joining Cesana as the newest Checkers on the roster is Zach Uens, a Florida draft pick who signed an amateur tryout with Charlotte after finishing his season at Merrimack College.

Adding new, young players to an established roster certainly comes with its challenges, but it’s nothing the Checkers haven’t already tackled this season.

“Nothing’s changed for us, we’ve added new bodies all year long,” said Kinnear. “They have to take some ownership and learn as fast as possible, watch the game and study how we play. But I thought those guys did a great job with it.”

The Checkers are no strangers to injuries this season, and the team continues to battle through the bumps and bruises that come with the grind of an AHL season and the hard-fought nature that Kinnear’s squad plays with.

“We’re taking everybody a day at a time with the injuries,” said Kinnear.

Team captain Zac Dalpe missed Saturday’s rematch against Springfield, with Kinnear calling him day-to-day after the game, but the good news is that the forward was a full participant at Tuesday’s skate.

Netminder Jonas Johansson - in Charlotte on a conditioning stint from Florida - exited Saturday’s contest midway through regulation after getting the start, and while Kinnear could confirm it was injury-related, he didn’t have an update immediately after the game.

On the back end, the Checkers have been missing two of their bigger pieces in Cale Fleury and Connor Carrick.

Fleury missed both games over the weekend but hit the ice in a yellow no-contact jersey on Tuesday prior to the team practice.

“He’s day-to-day,” said Kinnear following Saturday’s contest. “Flower’s played a lot of hard minutes for us and he’s banged up a little.”

Carrick has been out since Feb. 27, and Kinnear identified him as “more week-to-week” following this weekend’s games.

In more positive injury news, Gustav Olofsson was a full participant at Tuesday’s skate, marking a big step forward for the blue liner who has been sidelined since Jan. 12.

“He’s been out for a long period of time and that’s his first real practice,” said Kinnear. “It’ll be one day at a time but we’re looking forward to having him back at some point.”

PUTTING THE PUZZLE TOGETHER

Those injuries and new additions have led to plenty of shuffling over the past few months when it comes to the Charlotte roster.

For the coaching staff, it’s all about finding chemistry.

“You look at pairs of players,” said Kinnear. “True and McCormick have been together quite a bit, Dalpe and Twarynski, Wilson and Lind were together for quite a long time. And then you try to plug in people to see if it’s a fit there.”

Even with the influx of skaters moving through both the Florida and Seattle organizations, the Checkers have found success plugging in new talent with their strong infrastructure.

“I think we have a core group that has done a great job,” said Kinnear. “Tip [Owen Tippett] came down and I kind of juggled things around a bit to find some chemistry, and I thought his line was good over the weekend.”