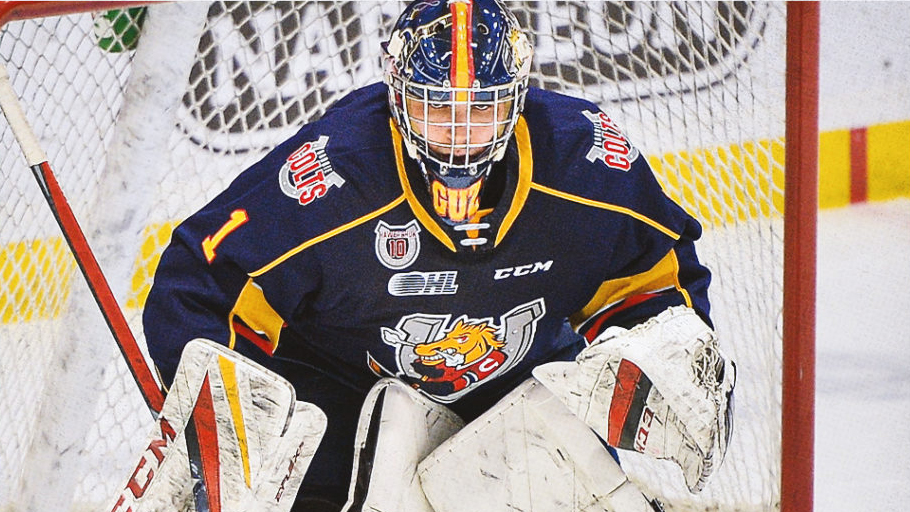 The Panthers added another goalie to their pipeline today, signing Mack Guzda to a three-year, entry-level contract.

Guzda, 21, is 11-4-1 this season with the OHL’s Barrie Colts, boasting a 2.17 goals-against average and a .925 save percentage and earning each of the last two OHL Goaltender of the Month honors.

"Guzda has been a standout goaltender in the Ontario Hockey League this season," said Panthers GM Bill Zito in a press release. "We are excited about his growth and are thrilled that he will continue his development in our organization."

A native of Tennessee, Guzda has logged 156 games over four seasons in the OHL - mostly with Owen Sound before being traded to Barrie earlier this season - and was named to the league’s All-Rookie Team in 2017-18.