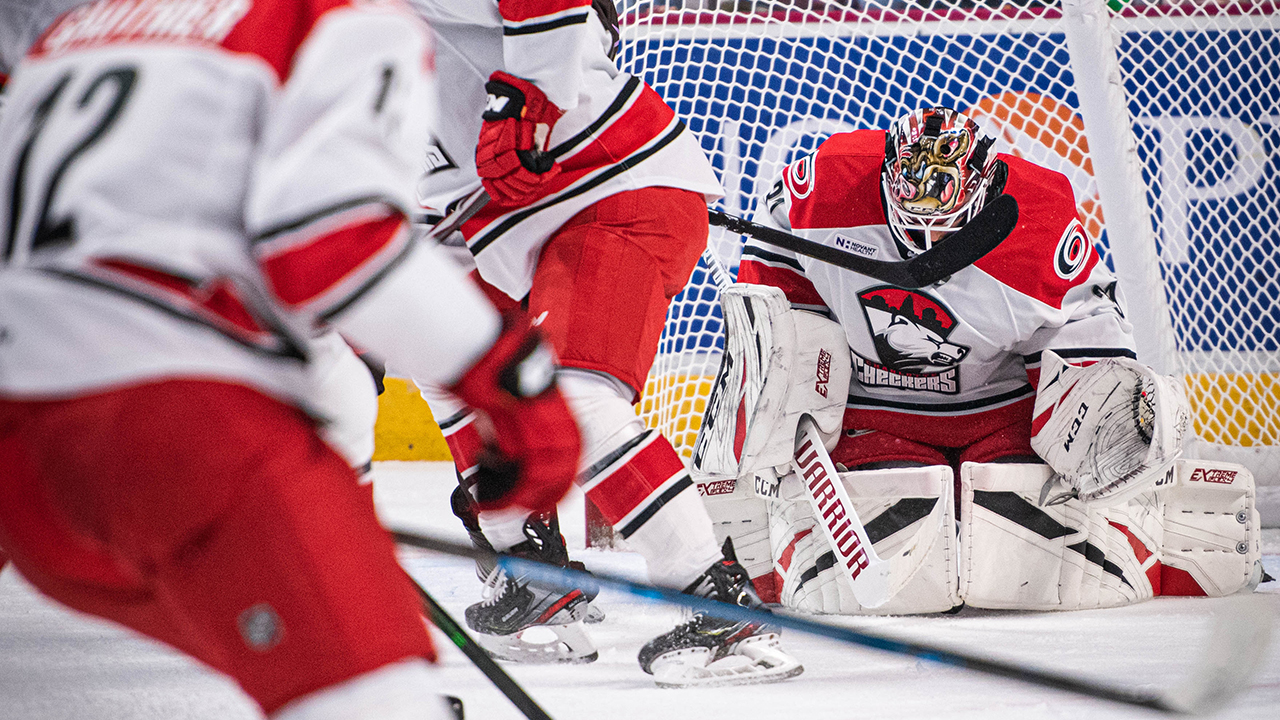 During the season, Checkers broadcaster Jason Shaya checks in each week with his 10 Thoughts - a series of observations about the team and the hockey world in general. 1. The story over last weekend was the play of goaltenders Alex Nedeljkovic and Anton Forsberg. Simply put, if it wasn't for those two men, the scores on both nights would've been heavily lopsided in favor of Hershey. Nedeljkovic is playing the best hockey of his career right now. On Saturday, Forsberg was under siege all night but never wavered for a moment. The Checkers should have been able to take at least one point if not for a highly controversial goal for Hershey in the second period. Which leads me to my next thought.

2. In the second period, Forsberg made a save and the puck rested under his left pad when Hershey forward Liam O'Brien pitchforked his stick underneath Forsberg, pushing the puck past the line. There is no question if that happened in the NHL, the review would've overturned the goal. Yet, on Saturday, no review was possible and it cost the team at least one point in the standings. Something so blatant should've been caught but it wasn't and it meant the difference in a one-goal game.

3. It would be hard for me to name a nicer man in this business than Pittsburgh Penguins general manager Jim Rutherford. With all the success he's had in the NHL, the thing that most stands out about Mr. Rutherford is that he is humble and a man of great integrity. Congratulations to him and his family on his induction into the Hockey Hall of Fame. There has never been a more deserving executive.

4. With Brian Gibbons coming back to Charlotte, he will certainly be on the top line with Morgan Geekie as his centerman. The team needs offense and I'm sure Gibbons will get plenty of ice time to help the team get going again.

5. This previous weekend was a microcosm of Charlotte's season thus far. On Friday night, with the strength of their goaltending, they gutted out a win. However, on Saturday night, there were far too many players simply going through the motions.

6. Derek Wilkinson said something to me many years ago, and it feels particularly apt at the moment: if you want a player to succeed more than they do, it's never going to happen.

7. Hurricanes forward Warren Foegele is playing the best hockey of his career right now. The Canes are a team that skates hard every shift and Foegele takes that to heart each time he's on the ice. Now his hard work is being rewarded with points as well. With Foegele, you never have to question his desire to achieve success.

8. I thought this weekend was the best hockey we've seen from Checkers defenseman Gustav Forsling. He was very engaged and moved the puck quite well. We should also point out how solid Cavan Fitzgerald has played since getting a regular spot in the lineup.

9. My favorite line of the week so far is, "I've always bet on Mike Babcock. I'm going to continue to bet on him." That endorsement of Mike Babcock came from Mike Babcock.

10. Full credit to the Checkers coaching staff this season. They are relentlessly working to make sure the team is prepared every single game and head coach Ryan Warsofsky and his staff won't be out worked. I'm impressed at their incredible attention to detail. No one wants to win more than they do.