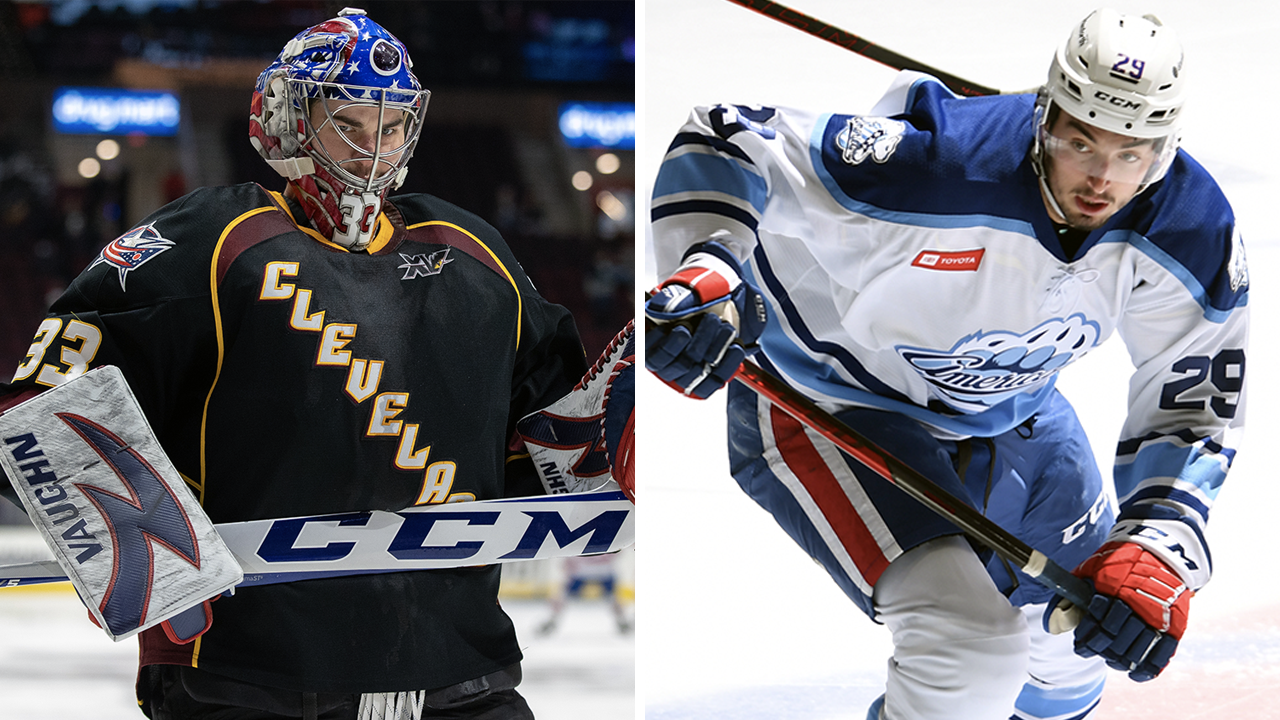 The Checkers have added goaltender Cam Johnson and forward Dominic Franco on two-way AHL/ECHL contracts for next season.

Johnson, 28, is coming off a Kelly Cup championship season with the Checkers’ new ECHL affiliate, the Florida Everblades, that culminated with a 36-save performance in the decisive Game 5 victory over Toledo on June 11. That capped off a stellar playoff run for the 6-foot-1, 205-pound native of Troy, MI, that saw him post a 15-2-1 record, 1.90 goals-against average and .931 save percentage in the postseason.

Over the course of four full professional seasons, the University of North Dakota product owns a 17-25-9 record in 52 career AHL games with Binghamton and Cleveland and a 33-14-4 record in 53 career ECHL contests with Adirondack and Florida.

Franco (6-foot-5, 218 pounds) played collegiate hockey with Army and led the team in scoring in each of his past three seasons. The native of Scituate, RI, totaled 97 points (45g, 52a) and 159 penalty minutes in 141 games at West Point.