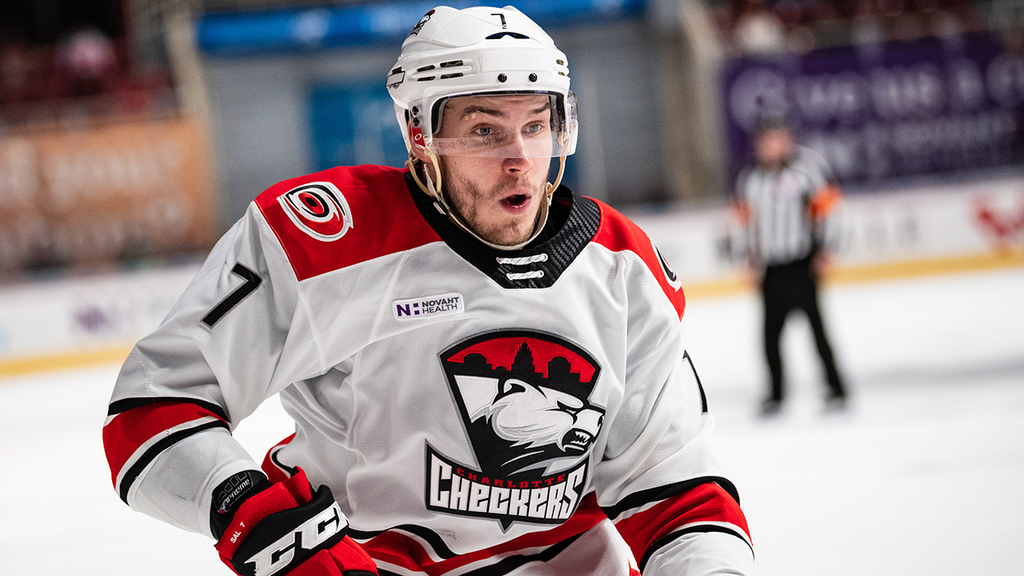 The Hurricanes made a swap with the Checkers today, recalling forward Aleksi Saarela and assigning defenseman Jake Bean back to Charlotte.

This marks the first NHL recall for Saarela, who is looking to become the first player in Hurricanes franchise history to make their NHL playoff debut before appearing in a regular season NHL game. A native of Finland, Saarela led the Checkers in goals this season, becoming the fourth player in Charlotte franchise history to reach the 30-goal mark in a season. The 22-year-old, who was taken in the third-round of the 2015 draft by the New York Rangers, also set career highs in assists (24) and points (54) this year for the Checkers.

Bean returns to Charlotte after serving as a healthy extra for the first four games of the Hurricanes’ first-round playoff series against Washington. The 20-year-old, who was named to the AHL’s All-Rookie Team last week, tied a franchise record for most goals by a defenseman with 13 and ranked second among Charlotte blue liners with 44 points this season.

The Checkers kick off the 2019 Calder Cup Playoffs with a first-round matchup against the Bruins that starts with Game 1 Saturday night in Providence.