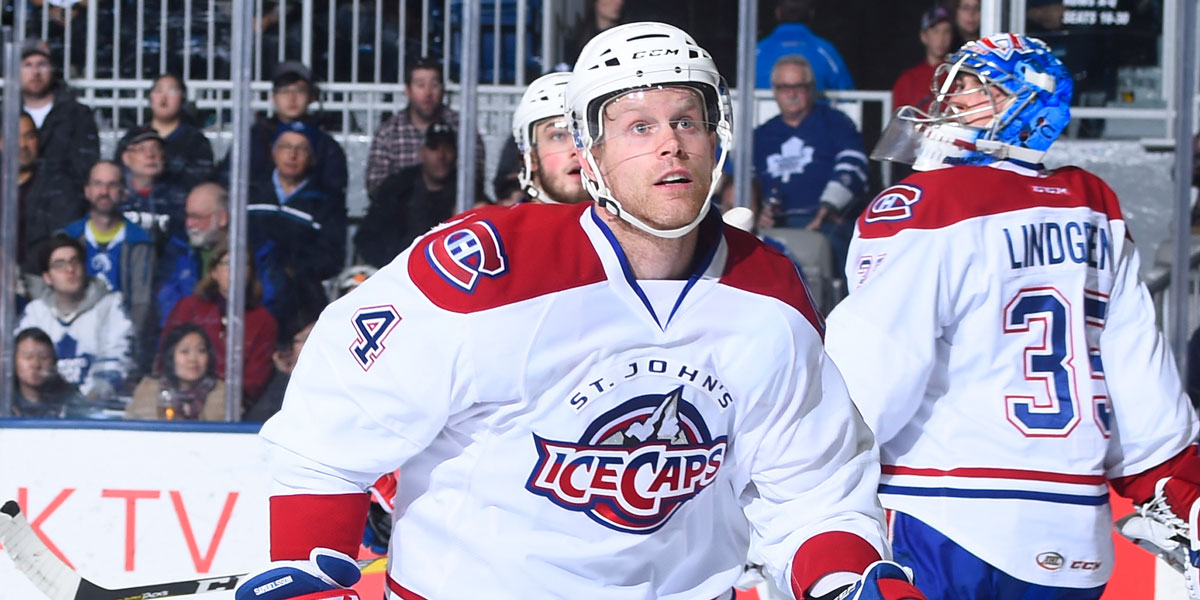 The Carolina Hurricanes made a move a few weeks ahead of the trade deadline, acquiring defenseman Philip Samuelsson from Montreal in exchange for Keegan Lowe.

Selected in the second round of the 2009 draft by Pittsburgh, Samuelsson, the 25-year-old son of Checkers head coach Ulf Samuelsson, is in his sixth pro season. The 6-foot-3, 210-pound blueliner has logged 344 AHL games with Wilkes-Barre, Portland, Springfield and St. John’s over his career, tallying 101 points (16g, 85a) and 266 penalty minutes along the way. He also has 13 NHL games under his belt with Pittsburgh and Arizona.

Samuelsson has five points (1g, 4a) in 40 games with the IceCaps this season, his first in the Montreal system. He played one season alongside Checkers captain Patrick Brown at Boston College in 2010-11.

Lowe departs Charlotte ranked third in team history among defensemen with 237 games played and is fourth overall with 320 penalty minutes. Drafted in the third round of the 2011 draft, the 23-year-old was tied for first among team blueliners this season with three goals and was third among team defensemen in scoring.