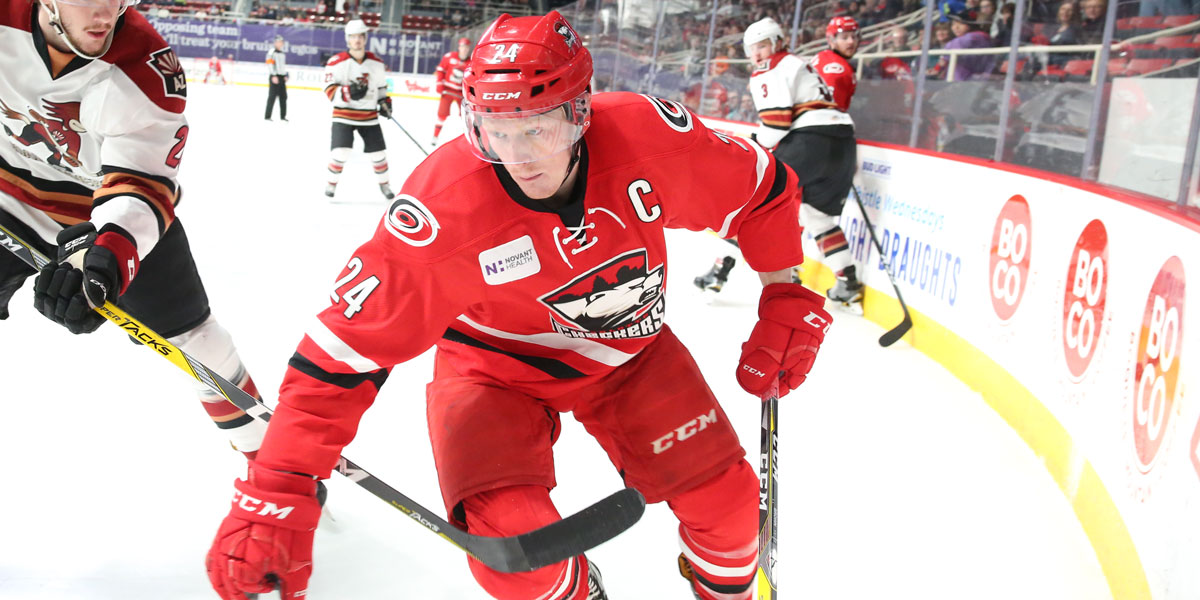 The Checkers and Hurricanes are swapping forwards before today’s 1 p.m. game at Bojangles’ Coliseum.

Charlotte will get its captain, Patrick Brown, back for the matinee rematch for the Chicago Wolves.

Brown, 24, returns after playing 14 NHL games with Carolina since March 1, including a game in New Jersey last night. He is expected to resume his role as captain in today’s game, taking over for Jake Chelios. A third-year pro, Brown is tied for fifth on the Checkers with 11 goals.

Sunday’s game will see the Checkers attempt to extend their franchise-record winning streak to eight games. Over the course of their historic run, Charlotte has vaulted itself into playoff position, with the team currently holding the fourth and final spot in the Central Division by one point with two games in hand.