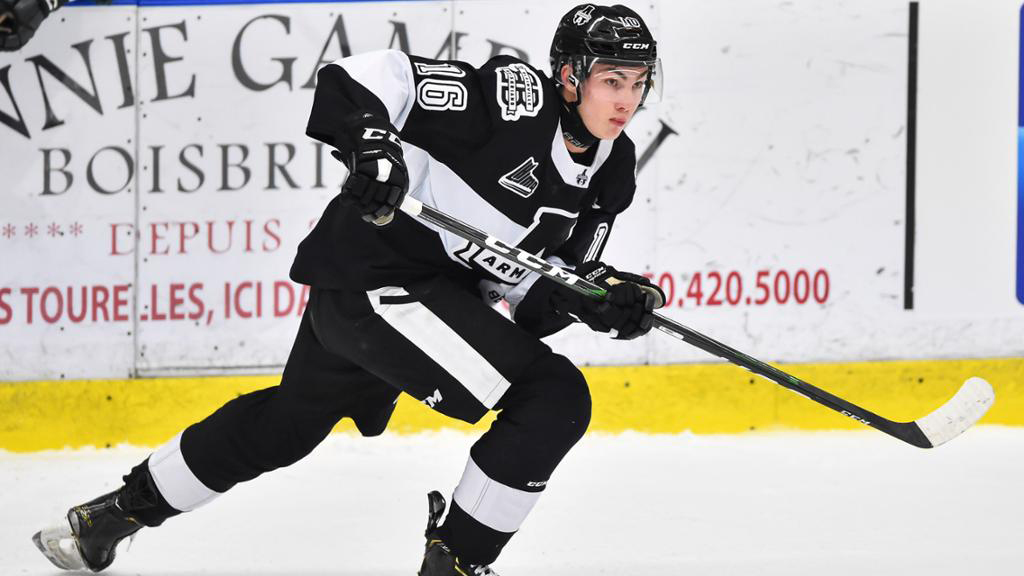 The Seattle Kraken have made a trim to their training camp roster, assigning forward Luke Henman to Charlotte.

Henman, 21, was the first player signed by the Seattle Kraken and is entering his first pro season. A fourth-round pick in 2018 by Carolina, Henman totaled 214 points (63g, 151a) in 225 QMJHL games over five seasons with Blainville-Boisbriand.

Additionally, the Kraken have placed defensemen Connor Carrick, Cale Fleury and Gustav Olofsson and goalie Antoine Bibeau on waivers. Should they clear at 2 p.m. Sunday, Seattle would be able to assign them to Charlotte.