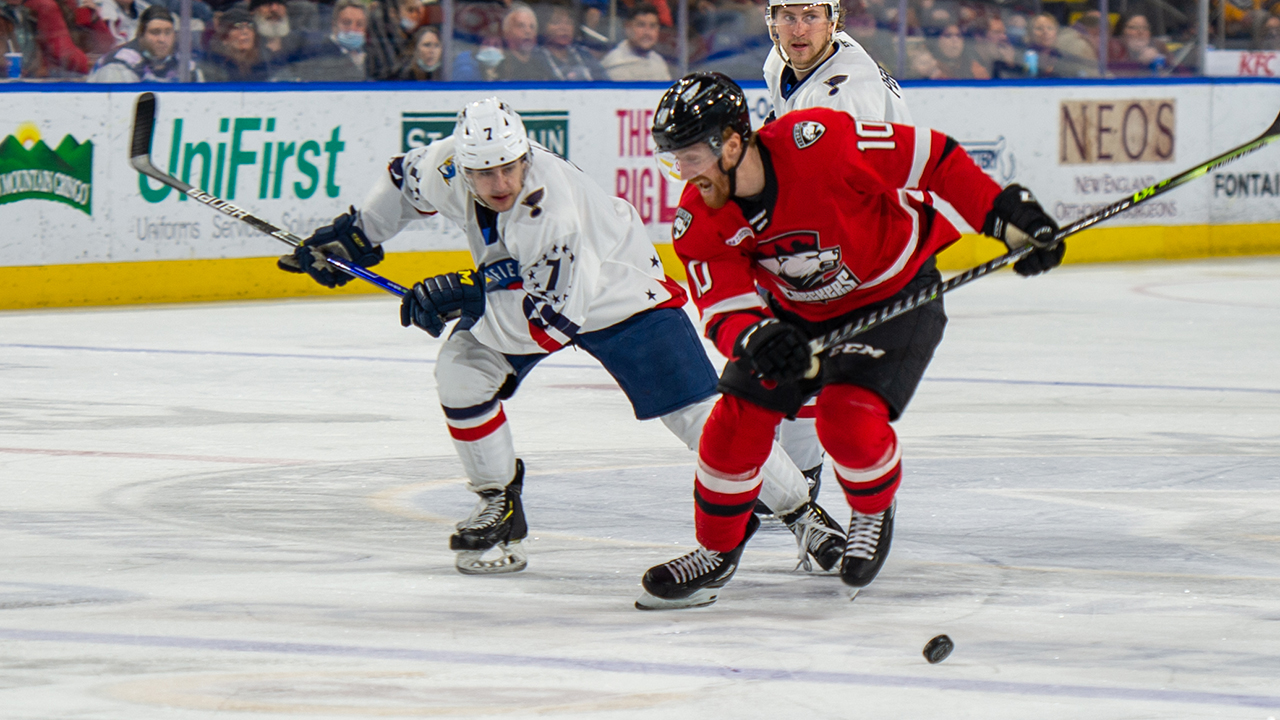 The Checkers put up a fight against the division-leading Thunderbirds on Saturday, but their rally attempt fell short as they dropped the contest to Springfield 4-2.

After falling into a 2-0 hole early in the middle frame, Henry Bowlby broke the ice for his team by collecting a stretch pass from Cole Schwindt and converting a breakaway with a defender draped all over him.
SCORE SHEET PHOTO GALLERY
Springfield quickly responded to extend their lead back to two goals, but the Checkers came out buzzing in the third to tilt the ice back in their favor. Max McCormick pulled the visitors back within one by hammering home a cross-ice feed on the man advantage, and the Checkers used that spark to ramp up the pressure down the stretch.

The equalizer remained just out of reach, however, as the Checkers couldn’t quite complete their rally, and an empty-net strike sealed Charlotte’s fate in a tight 4-2 defeat.

Charlotte is winless in its last three games, matching its longest such streak this season … Owen Tippett has now recorded at least one assist in each of his four games with Charlotte this season … The Checkers have allowed a power-play goal in six straight games and scored a power-play goal in three straight … The Checkers are now 1-3-0-0 against the Thunderbirds this season … The 40 shots on goal are the most in a single game this season by Charlotte … Joey Daccord has registered over 35 saves in each of his last two starts … Grigori Denisenko, Max Gildon, John Ludvig, Gutsav Olofsson and Christopher Gibson all missed the game due to injury … Ryan Lohin, Serron Noel and Jacob Friend were healthy extras