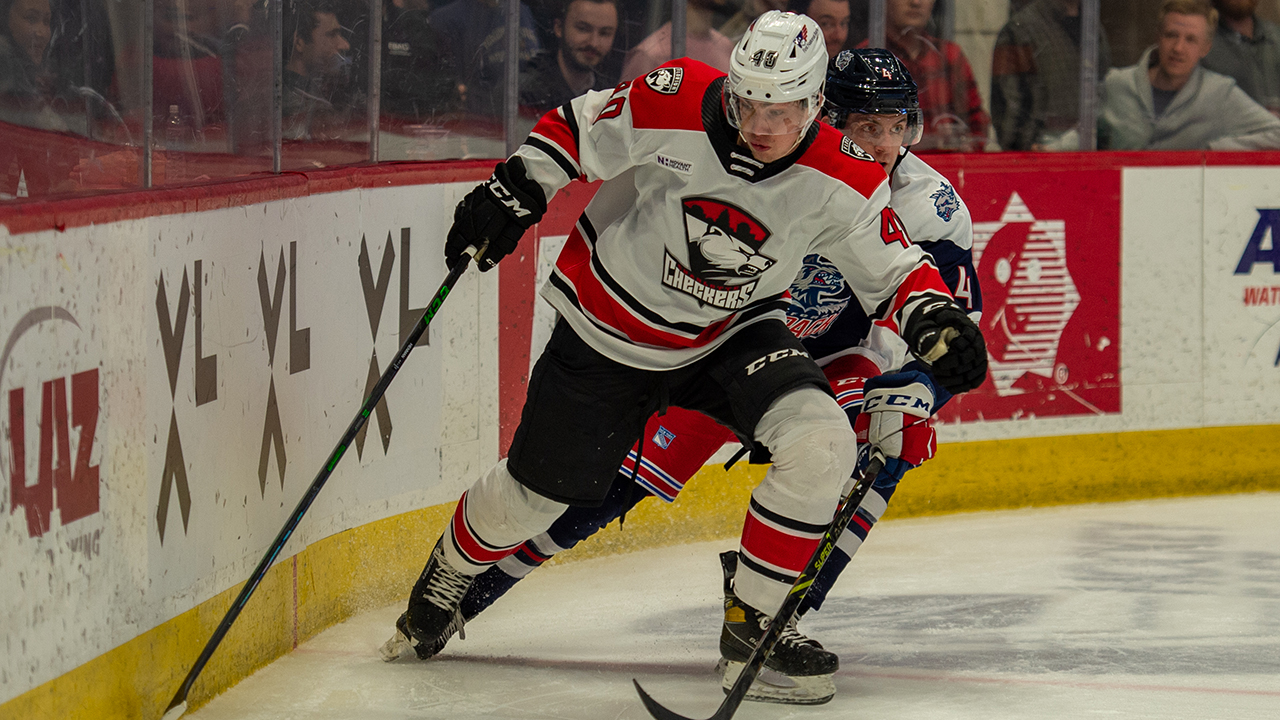 The Checkers kicked off a critical final weekend of the regular season with a gutsy 2-1 road victory over the Hartford Wolf Pack.

It was a tightly contested battle throughout, with shots coming at a premium on either side. The Wolf Pack broke the ice in the final two minutes of the opening frame, but that would prove to be the only blemish on the night for Charlotte netminder Joey Daccord - who finished with 21 saves.


SCORE SHEET PHOTO GALLERY
Chase Priskie got the visitors on the board midway through regulation with a quick, seeing-eye shot from the high slot that found its way into the back of the net, and the Checkers seized the momentum from there.

After buzzing around for the start of the third period, the Checkers claimed their first lead of the game halfway through the frame when Scott Wilson deftly deflected a point shot from Dennis Cholowski. Charlotte locked down any rally attempts from there, and time ticked down until the visitors emerged with a key 2-1 victory.

Tonight’s win snapped a two-game winless streak for the Checkers … The win, coupled with losses by Providence and Springfield, pushes the Checkers back into first place in the Atlantic Division … The Checkers finished their season series against the Wolf Pack with a 5-0-1-0 record … Joey Daccord allowed two or fewer goals for the 11th time in his last 15 appearances … Aleksi Heponiemi has assists in two straight games … Scott Wilson’s goal was his 100th as a pro … Grigori Denisenko, Max Gildon and Max McCormick missed the game due to injury … Patrick Giles, Zach Uens, Dennis Cesana and Antoine Bibeau were healthy extras

The Checkers have one game remaining on their regular season schedule - a 7 p.m. meeting in Providence tomorrow night with a shot at the division title on the line.