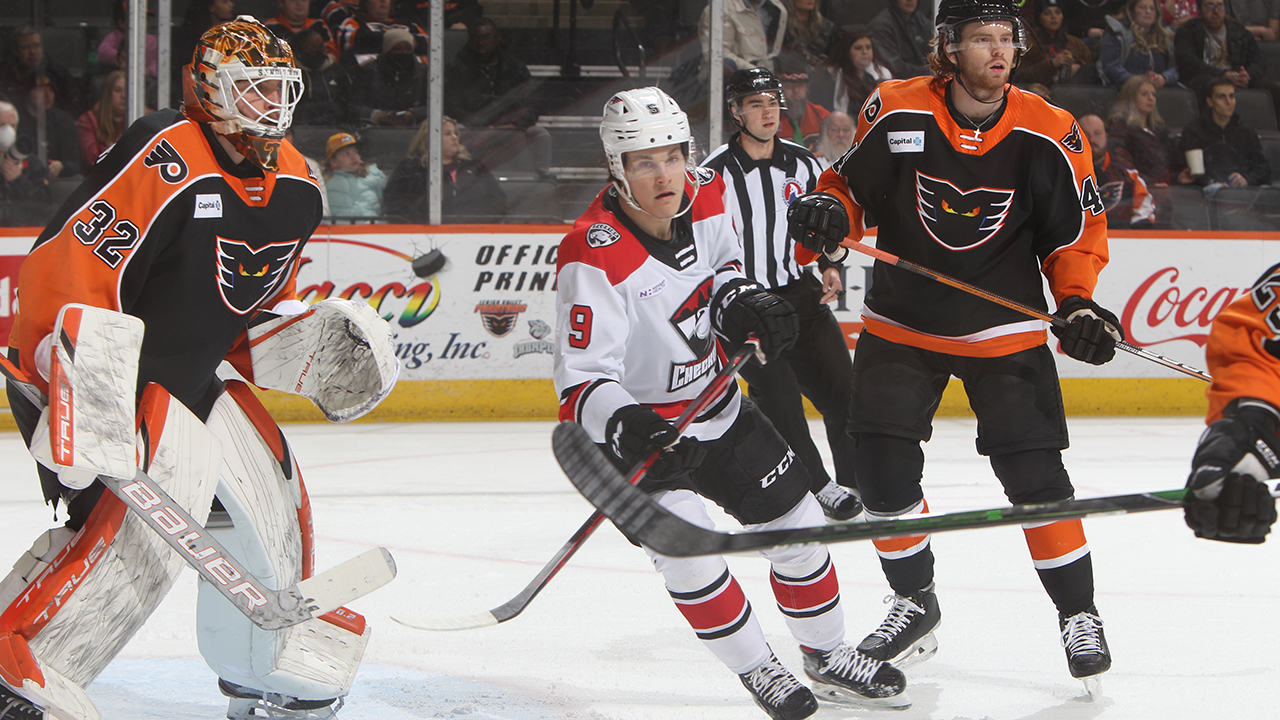 The Checkers kept their positive momentum rolling in their Friday night matchup with Lehigh Valley, stomping out the Phantoms 5-2.

The visiting Checkers found themselves in a hole right off the bat, as the Phantoms opened the scoring just two minutes into regulation. That wouldn’t derail the Checkers, however, as their offense quickly punched back with a pair of their own - courtesy of a redirection from Logan Hutsko and a tic-tac-toe power-play tally finished off by Zac Dalpe - to snatch the lead from Lehigh Valley.
SCORE SHEET
A couple of extraordinary individual efforts from Henry Bowlby and Chase Priskie early on in the middle frame kept the Checkers in the driver’s seat and extended their lead even further.

The Phantoms chipped into the Charlotte advantage later in the middle frame, but it wouldn’t be enough to spark the home side. Coming off a stunning shutout earlier this week in Hershey, Spencer Knight was solid between the pipes once again for the Checkers, notching 20 saves to pick up his second win in as many starts.

After dropping three straight, the Checkers have won each of their last two games … Owen Tippet has assists in each of his last two games and has recorded a point in six of the seven games he’s played with Charlotte this season … Logan Hutsko and Zac Dalpe both have goals in each of their last two games and Henry Bowlby has assists in each of his last two games … Alexander True extended his assist streak to three games … Spencer Knight got the start for the third consecutive game, the first Checkers goalie to do that since Billy Christopoulos did in late January … The Checkers have been perfect on the penalty kill for three straight games, killing off each of their last nine times shorthanded … The Checkers snapped a two-game goal-less streak on the man advantage … Max McCormick picked up his 100th AHL assist … Carter Robertson made his AHL debut … Grigori Denisenko, Max Gildon, Gustav Olofsson, John Ludvig, Christopher Gibson and Connor Carrick all missed the game due to injury … Justin Nachbaur, Luke Henman and Nolan Kneen were healthy extras

The Checkers’ road trek rolls on, as they’ll face the Phantoms once more tomorrow night at 7:05 p.m.