Checkers Pull Away in Third to Defeat Penguins 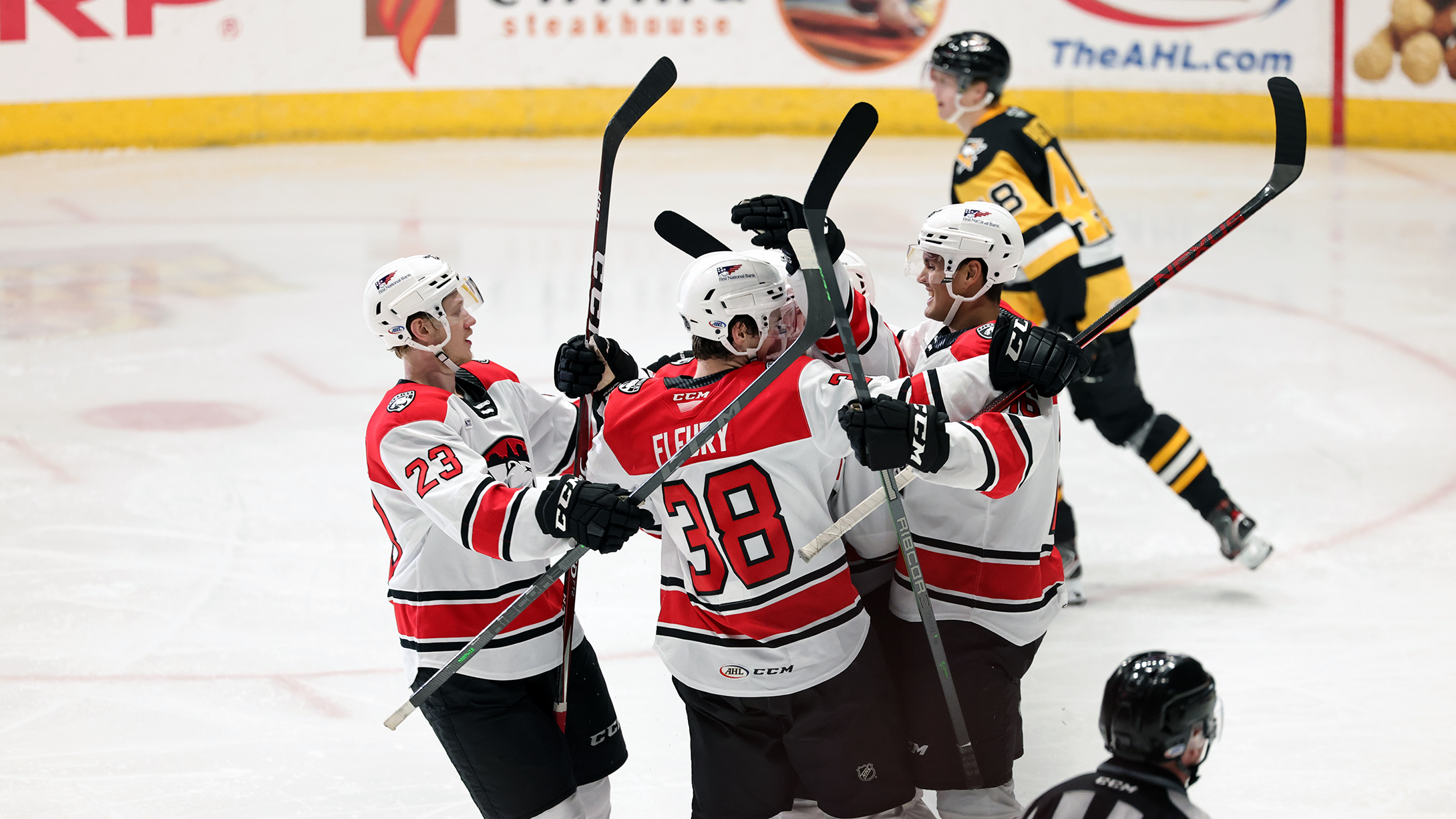 A strong start and a strong finish earned the Checkers two points in the standings Wednesday night, as they defeated the Penguins 4-3 in front of a raucous crowd at the Coliseum.

Charlotte kicked things off with a pair of tallies in the opening frame to establish a lead, as Aleksi Heponiemi and Riley Sheahan both knocked home pucks from in tight. That lead would be gone come the second intermission, however, as an early second-period strike from the visitors pulled things even once again.

The Checkers’ scoring punch came back just in time for the final frame, though, as Zac Dalpe and Max McCormick both lit the lamp within the first two and a half minutes of the third to give the home side a two-goal lead for the first time.

The Penguins would tilt the ice their way down the stretch, outshooting Charlotte by a staggering 12-3 count and finding the back of the net early on to narrow the advantage once again. The Checkers found a way to hold on, though - aided by Christopher Gibson and his 22 saves - and they exit this two-game set against the Penguins with three of a possible four points in the standings.

Two quick goals by Dalpe and McCormick have given us the lead in the third period! pic.twitter.com/MG5eLFt7a5

SCORE SHEET PHOTO GALLERY
Coach Geordie Kinnear on responding to last night’s overtime loss
I don’t think it was a response. We’ve had the mindset all along that we just want to get better every game and build. Tonight we had the same first period, a really good first period, but then we came out and followed up with a lot of good hockey after that. As a group we should be proud of that. I think what it says about the group in there, and we’re just getting to know them, is that it was a tough road trip, we traveled on Monday, came back Tuesday and Wednesday and had great energy, great effort and played the right way throughout. It’s something to build off of.

Kinnear on scoring goals in tough areas
Heponiemi played outstanding tonight. He was in the blue paint for the first goal and then it becomes contagious. You’re proud of the guys. I liked that we came out in the third period and we were playing hockey and playing to get that next goal, and we did. It ended up being the difference in the game.

Forward Riley Sheahan on getting the win
I think it was nice to score some goals. We’ve been getting a lot of chances and it was nice to finally put them in the back of the net and get a big power-play goal. I think we buckled down in the third to limit their opportunities, and it was a big win for us.

Sheahan on holding the lead tonight
I think just learning. The last few games it had sort of been the same story. There are little parts of the game where you can focus in on like where you turn the puck over, getting pucks in deep and being strong on it when you have to be. I think that’s what we did tonight.

Sheahan on the two goals early in the third period
It was huge. Those are huge goals, especially on the power play, and Maxy with a nice goal to kind of put it away for us. Those are huge momentum goals and it puts them back on their heels. It was a great win.

Sheahan on joining a new team one month into the season
It's different for sure, but these guys are great and they’ve welcomed me in. A lot of personalities and a lot of fun in the locker room. I feel like it’s been a smooth transition, and today was fun.

The Checkers have scored the game’s first goal a league-best 14 times 17 opportunities. They are now 6-6-2 in those games … Charlotte improved to 3-1-1 against the Penguins this season … Sheahan’s points were his first as a Checker and first in the AHL since the 2014 Calder Cup Playoffs with Grand Rapids … McCormick is now part of a three-way tie with Alexander True and Cole Schwindt for the team lead in goals (6) … After putting up 18 shots in last night’s first period to mark their highest single-period total of the season, the Checkers matched that in the first period tonight … Defenseman John Ludvig missed the game due to injury … Forwards Luke Henman, Ryan Lohin and Scott Wilson were healthy extras.