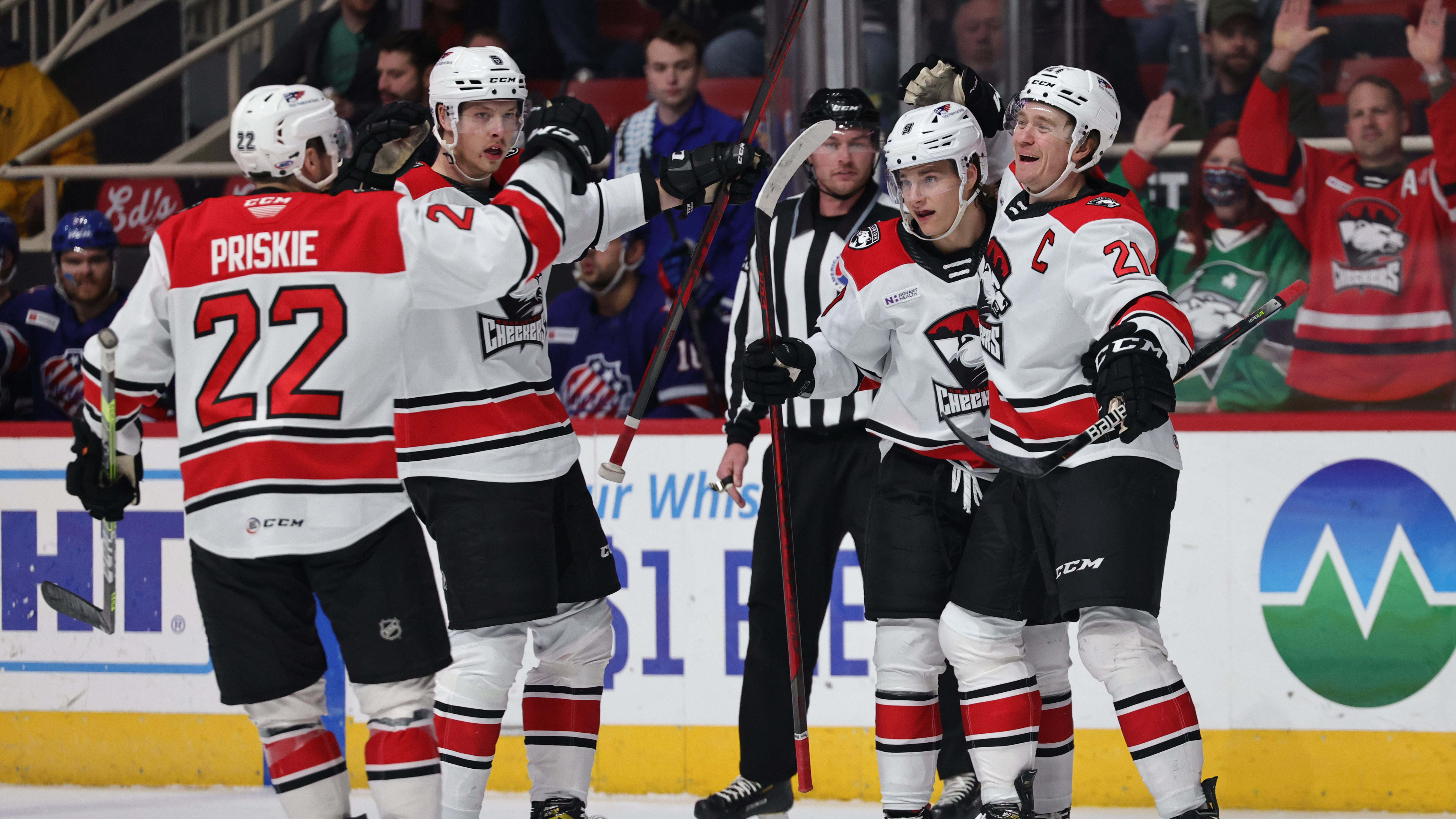 The Checkers had a historic offensive showing Tuesday night, racking up a franchise-record 11 goals to obliterate the Rochester Americans by an 11-1 score.

Things started strong for the home team, as they scored three goals over a three-minute stretch to build a substantial 3-0 lead after 20 minutes of play, but it was in the middle frame that things really took off.

Already ahead 4-1 late in the second period, the Checkers rattled off six straight goals over a five-minute stretch to hit double digits on the scoreboard. They would tack on one more in the third to establish a new franchise record and coast their way to a historically lopsided victory.

13 different Charlotte skaters found the scoresheet throughout the contest and eight different skaters recorded multiple points, but it was a five-point effort from Kole Lind that led the way and tied the franchise’s single-game record.

While his offense put up fireworks on one end, Joey Daccord stood tall between the pipes for Charlotte, turning in 24 saves to pick up his fourth win of the season.

SCORE SHEET PHOTO GALLERY
Coach Geordie Kinnear on what sparked his team
We had a lot of guys come into the lineup and have a positive impact. Henman came in, Pecararo came up from Greenville last minute, obviously Joey Daccord (in goal) … that’s what you need. You need everyone to pull in the right direction, and those guys had good nights for us. It was a complete team effort.

Kinnear on getting those players ready to make an impact
They have to get themselves ready. It’s all the work they do prior. You can’t just show up and expect to be good. It’s the work you put in. You look at a kid like Henman, he didn’t get a lot of ice early on, but he’s probably one of the hardest-working guys on and off the ice. He went down to (ECHL) Allen, had a big weekend there and came back up and had an impact. If you work hard, good things happen. You don’t know when they’re going to happen, but hard work always, always pays off.

Kinnear on if a win like this can build confidence
Confidence is important. It pays off when you work hard, and confidence is earned. Those guys have all worked extremely hard. We want it to carry over, but it’s going to be tighter tomorrow and we’ve got to be prepared for that. Always, always play the right way.

Chase Priskie on the team’s offensive outburst
After we scored a couple of goals, the main thing on our team was to continue to play the right way. When we play the right way we get rewarded, and you saw that tonight. For us, it’s just to protect each other out there first and foremost, and then second play the right way and the goals will fall.

Priskie on getting four points
It’s nice. I feel a little snakebitten this year with not having the points fall for me, but all you can do is stick with it and I’ve been able to produce some chances. Tonight the puck went in the net and sometimes the puck won’t, but the big thing is just to produce those chances and good things will happen.

Priskie on tomorrow’s rematch with Rochester
We just need to come with the same intensity again. They were on a five-game win streak for a reason, so we’re going to expect their best tomorrow and they should be expecting ours.

Kole Lind on the feeling in the room after the game
It was a little bit of a sigh of relief. We’ve been struggling to score five-on-five goals and we had all 11 five-on-five tonight. It’s good. I think a lot of guys had a little bit of a monkey on their back with struggling to corral the puck and get to the dirty areas to score those goals, and I think a lot of guys broke through tonight. Hopefully it can lead to a good ending in this first half here before Christmas.

Lind on the game itself
It was a good team effort in general. That was obviously one of our more complete games this year. We did everything right. You try to keep it as mistake-free as you can, and I thought we definitely did our best job tonight. It might not have been the best start to the year for me, but like I said before, a couple of other guys have been struggling a little bit, and I think a night like tonight will help a couple of guys break through and get that confidence boost that they need.

Lind on the team in general
I think when we were playing in Utica, I looked at our lineup and said that there’s no one in the league that can compete with this lineup when we’re playing great five-on-five hockey. It’s just a really complete team from head to toe. From the D corps, the goaltenders are outstanding and obviously we’ve got a really deep forward group that can score on all four lines. I think we can learn a lot from a night like tonight, take that confidence and roll with it.

Prior to tonight, the Checkers’ record for goals in a single game was 10, set on Dec. 6, 2010 vs. Syracuse … The team tonight fell one short of the single-period record of eight goals, which was set in that same 2010 contest … This was the most goals scored by an AHL team since Feb. 16, 2018 (Rochester – 12) … All 11 goals were scored at even strength … Lind’s five points were a career high and tie the team record for most in a single game set twice previously (Zach Boychuk, Janne Kuokkanen) … Priskie and Denisenko each set career highs with four points … Lind and Gildon tied the franchise record with plus-5 ratings … Lohin had a Gordie Howe Hat Trick (goal, assist, fighting major) … Defenseman John Ludvig and goaltender Chris Gibson missed the game due to injury … Goaltender Antoine Bibeau was a healthy extra.