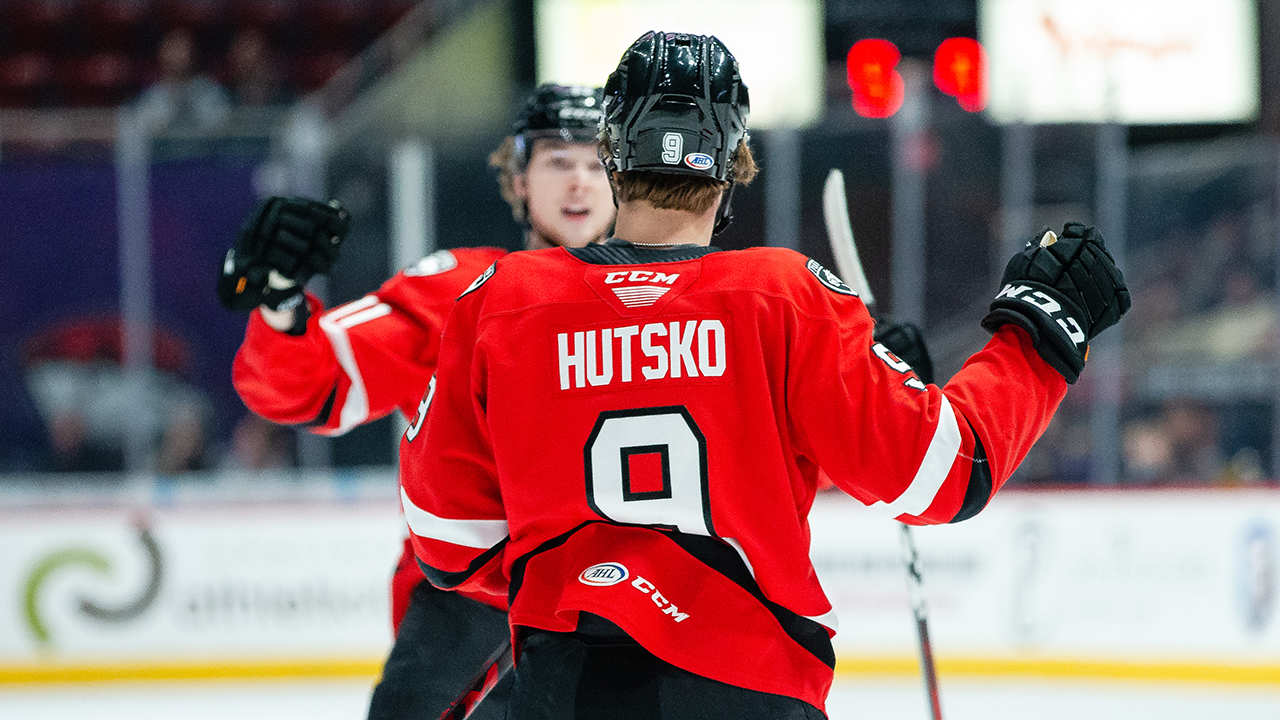 The Checkers kept their winning ways going against Cleveland, fighting off a late push from the Monsters and earning a hard-fought 4-2 victory.

After surrendering a power-play tally in the early moments of the first, the Checkers rebounded in a big way with three unanswered strikes of their own.

Logan Hutsko was a driving force of that offensive push, as the rookie forward lit the lamp to even the score late in the opening frame and then set the stage for each of the following two tallies to finish the night with a team-best three points on the board.

The Monsters made a final push in the third, narrowing Charlotte’s lead to one with another goal on the man advantage, but the Checkers locked things up down the stretch and tacked on an empty-net dagger to wrap things up. Spencer Knight continued his strong play between the pipes, ending the night with 26 saves and freezing out Cleveland for a 4-2 victory.

All tied up thanks to Logan Hutsko's ninth of the season! pic.twitter.com/65qvfn4N86

SCORE SHEET PHOTO GALLERY
Coach Geordie Kinnear on the start
I didn’t like the way we started. It was sloppy, bad changes. It just wasn’t sharp. I give Cleveland a lot of credit because I thought they came with a lot of purpose to their game and I thought we had a sloppy start. That starts with me and moves down to the players, but it was definitely a sloppy start.

Kinnear on the team picking up its game
You’ve got good leadership in there, and I asked the guys to start building their game and finding it. You have to learn that sometimes you’re not going to be on top of your game and you have to be able to work your way through it. I was proud of the guys. I thought the second period we started working through it and in the third period we stuck with it.

Logan Hutsko on the game
We didn’t start as hard as we’d like to but we found a way to get it done. Good teams find a way to win and we did that tonight.

Hutsko on getting on the score sheet
I try not to focus on the outcomes and try to focus on whether I’m playing well or not. The points will come and go. Sometimes you have nights like tonight and sometimes you play well and have none.

The Checkers have won four straight for the first time this season … Hutsko’s three points tied his season/career high set on Dec. 15 … Cholowski has two goals in his first five games as a Checker … Kole Lind assisted on McCormick’s goal to extend his point streak to six games (3g, 3a) … Since losing his first game with the Checkers on Dec. 18, Knight has won five straight … Chase Priskie played his first game with the Checkers since Jan. 20 … Connor Carrick, Grigori Denisenko, Max Gildon, Aleksi Heponiemi, John Ludvig, Gustaf Olofsson and Christopher Gibson missed the game due to injury … Antoine Bibeau, Jacob Friend, Nolan Kneen and Ryan Lohin were healthy extras.