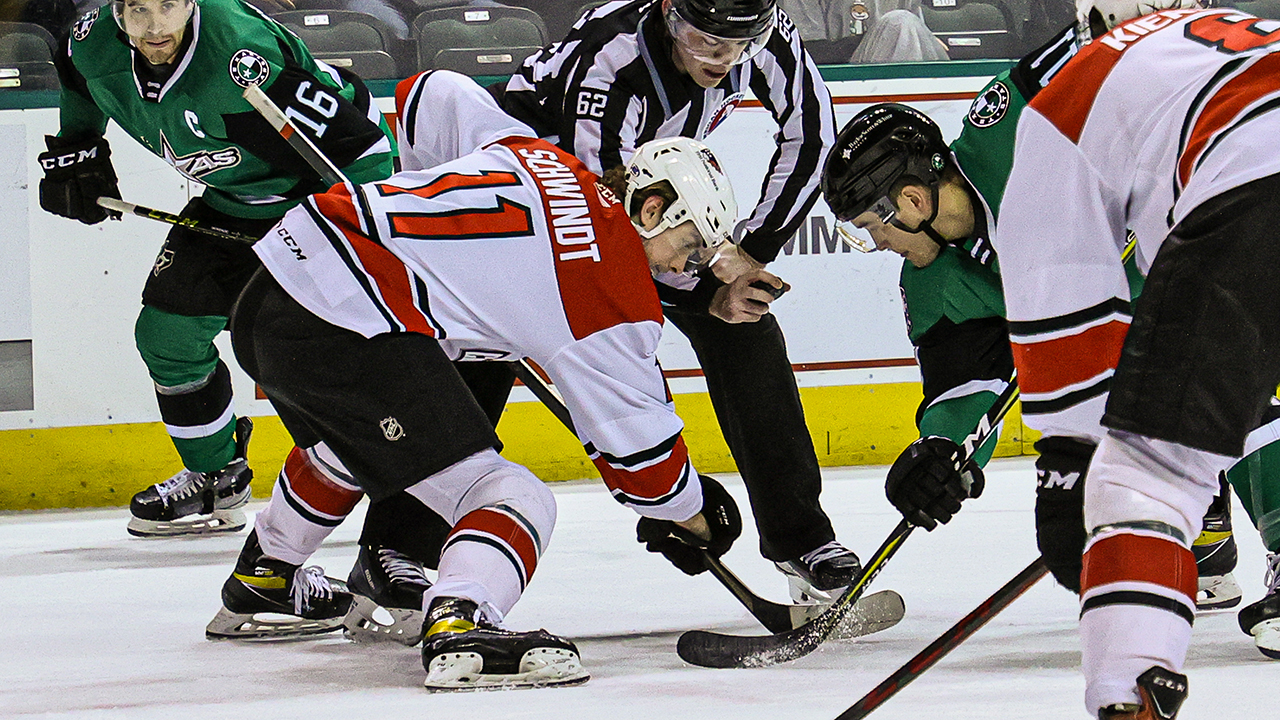 The Checkers and Stars locked in a defensive struggle Tuesday night, with the goalies taking center stage until a clutch bounce late in the third clinched the win for the visitors.

Both sides would strike early on, with the Stars snagging a lead less than three minutes in before Owen Tippett pulled off a slick individual effort to even the score shortly after.
SCORE SHEET PHOTO GALLERY
That would spell the end of the offensive output for a long stretch of time, however, as the netminders settled in. Making his second straight start, Joey Daccord was a rock in net for Charlotte - amassing 27 saves by the time the final horn sounded.

Through waves of pressure and a combined 10 power plays between them, neither side could find the go-ahead marker until the final 90 seconds of play. In a battle behind the net, Cole Schwindt chopped at the puck and sent it careening toward the goal mouth, where it found a way behind the Texas netminder and over the goal line to give Charlotte its first lead of the night.

They all count the same on the scoreboard! pic.twitter.com/Q7LFBxh7ER

The Checkers fended off the last ditch efforts from Texas and rode a Tippett empty netter to a 3-1 final to keep their hot streak rolling.

The Checkers have won four games in a row, matching their longest such streak of the season … That was the eighth win for Charlotte this season when tied after two periods of play … Tonight was Charlotte’s first road game against the Stars since October of 2016 … Joey Daccord recorded his second win in as many starts … The Checkers were perfect on the penalty kill for the fifth straight game and were one shy of their most penalties killed in a game this season with six … Owen Tippett and Henry Bowlby both extended their point streaks to four games … Tonight was Tippett’s first multi-goal game of the season … Chase Priskie recorded a point for the third straight game and Dennis Cholowski recorded a point for the second straight game … The Checkers held their opponent to two or fewer goals for the fourth consecutive game … Grigori Denisenko, Gustav Olofsson, Max Gildon, John Ludvig, Connor Carrick and Christopher Gibson all missed the game due to injury … Justin Nachbaur, Serron Noel, Nolan Kneen, Dennis Cesana and Spencer Knight were healthy extras

The Checkers’ lengthy road trip wraps up Wednesday night with an 8 p.m. rematch against the Stars.