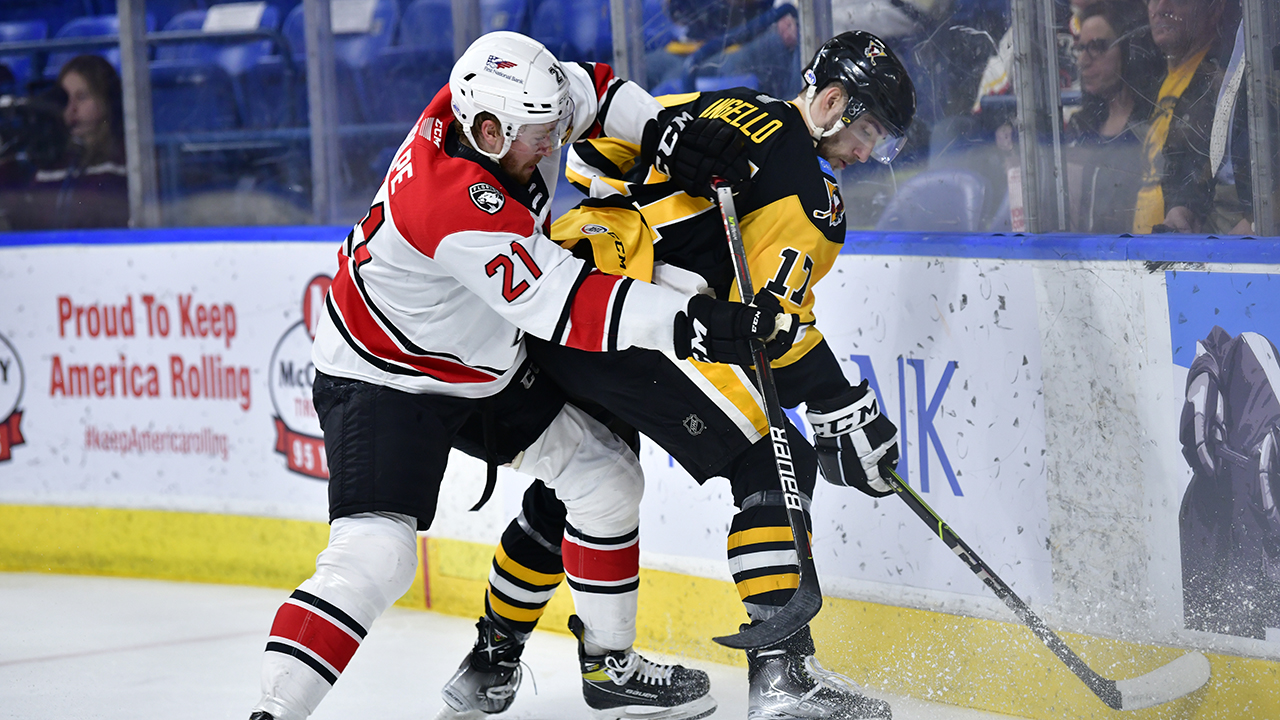 Striking back out on the road, the Checkers kept their winning ways rolling with a 4-1 defeat of Wilkes-Barre/Scranton.

The Checkers came out firing on all cylinders, with Zac Dalpe ripping his 29th goal of the season less than two minutes into regulation and German Rubtsov ripping a quick one-timer to make it 2-0 heading into the first intermission.


SCORE SHEET PHOTO GALLERY
The Penguins got on the board with a shorthanded tally midway through the second that would shift the momentum in the home team’s favor for the remainder of the middle frame, but the Checkers clung to their one-goal advantage.

Wilkes-Barre/Scranton continued to mount pressure in the third, but the Checkers wouldn’t budge - thanks in large part to a stellar 27-save performance between the pipes from Joey Daccord. A clutch goal off the stick of Connor Bunnaman gave Charlotte some breathing room, and the visitors never looked back from there. An empty-net dagger from Alexander True sealed the deal and the Checkers emerged with a strong 4-1 victory.

Bunnaman gets his first as a Checker and it couldn’t have come at a better time! pic.twitter.com/HsDmPbklGU

The Checkers have reached the 40-win mark for the fifth time in franchise history … Tonight’s win extended the Checkers’ point streak to seven games … The Checkers finished their season series against the Penguins with a 6-1-1-0 record … German Rubtsov and Connor Bunnaman each scored their first goals as Checkers … Zac Dalpe has goals in two straight games and six goals in his last seven games … Alexander True has goals in four straight games, the longest such streak by a Checker this season … Luke Henman has points in three straight games … Dennis Cholowski extended his assist streak to three games … The Checkers have gone seven straight games without allowing a power-play goal … Joey Daccord earned his third straight win and has allowed two or fewer goals in nine of his last 11 starts … Grigori Denisenko, Max Gildon, John Ludvig and Max McCormick missed the game due to injury … Carsen Twarynski, Zach Uens and Antoine Bibeau were healthy extras

The road trip rolls on for the Checkers, as they visit Springfield on Friday for the first of a two-game set.