Springfield Storms Back to Defeat Checkers 5-3 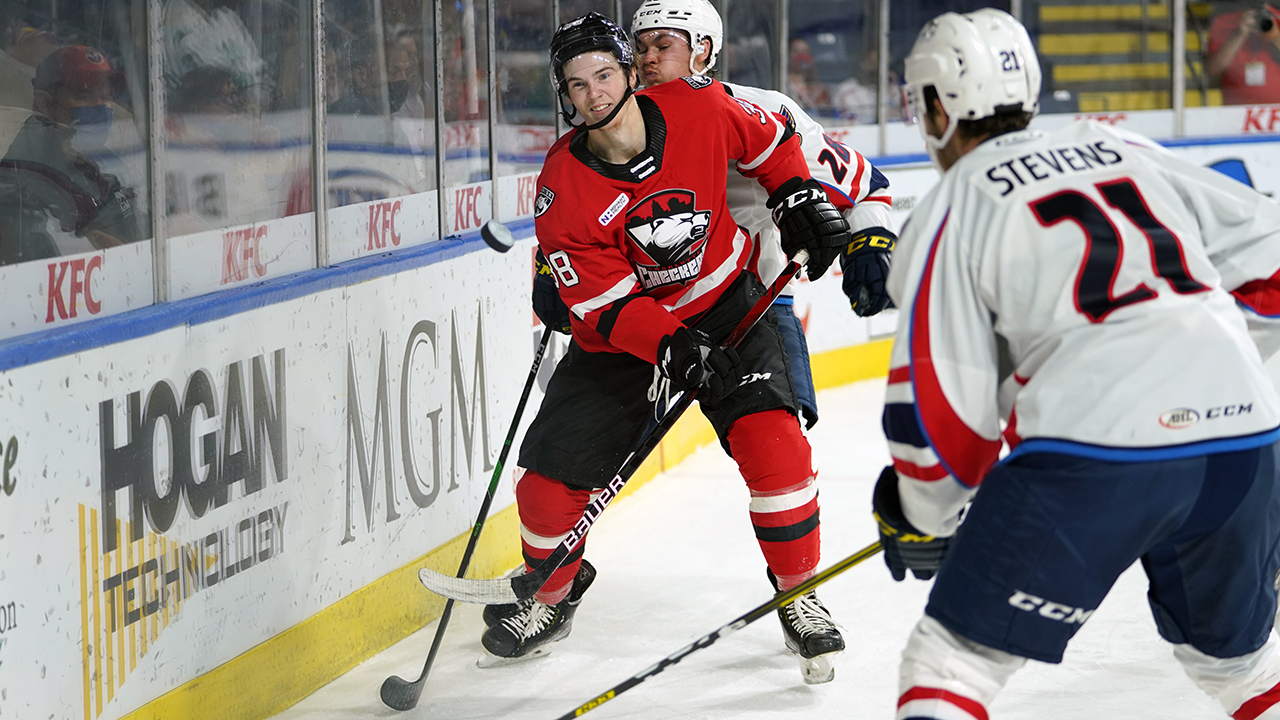 After a promising start, the Checkers ran out of gas in their final game of a hectic weekend.

Playing their third game in three days in three different cities, the Checkers allowed four unanswered goals, surrendering a 3-1 lead in the second period, to fall to the division-leading Springfield Thunderbirds 5-3 on Sunday.


SCORE SHEET PHOTO GALLERY
Logan Hutsko, Maxim Mamin and Cole Schwindt scored against the Thunderbirds, who at 5-0-2 are one of four AHL teams that have yet to lose a game in regulation. Charlotte finished the weekend series with a 1-2-0 record, bringing their mark for the season to 3-3-1.

After trading first-period goals with the Thunderbirds following Hutsko’s opener, the Checkers seemed to be in the driver’s seat when Schwindt made it 3-1 on a shorthanded breakaway midway through the middle frame. The goal, made possible by defenseman Gustav Olofsson’s home run flip pass directly into the path of a streaking Schwindt, was the continuation of a breakout weekend for the 20-year-old rookie. Schwindt earned first-star honors with a goal and an assist in the 3-2 win in Hartford one night earlier.

Springfield would soon storm back, however, scoring two goals 57 seconds apart to tie the game just minutes later. First, they pinned the Checkers in their own zone and stopped several attempts to clear the puck before cashing in. Then, they capitalized on a quick-developing two-on-one break that resulted from a misconnection on a Checkers’ offensive-zone chance just moments earlier.

The Thunderbirds carried that momentum into the third, tacking on two more to cruise to victory.

After going pointless in his first five games of the season, Schwindt has three (2g, 1a) in his last two outings. His goal today was the Checkers’ first shorthanded tally of the season … Hutsko’s goal gives him seven points (2g, 5a) in seven games. He has scored in all but one game this season and is tied for third among AHL rookies … With one assist each, Cale Fleury and Kole Lind each picked up their first points as Checkers … The Checkers scored multiple first-period goals for the third time in their last five games … Geordie Kinnear coached against the team he led for the past four seasons when Springfield was Florida’s top affiliate. Mamin and Aleksi Heponiemi are former Checkers that spent significant time in Springfield under that arrangement … Zac Dalpe and Chase Priskie were back in Charlotte’s lineup after coming back from Florida earlier in the day … Forward Luke Henman and defensemen Max Gildon and Frank Hora were healthy extras.