Checkers Using Downtime To Get Healthy, Recharge Ahead Of Conference Finals 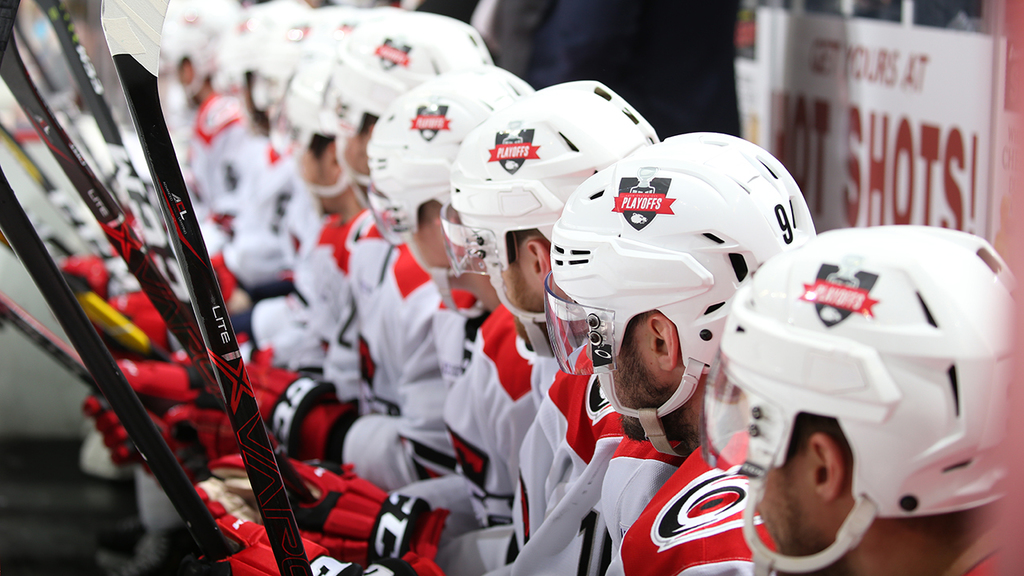 Playoff hockey moves at a fast and furious pace, but with their quick sweep of Hershey the Checkers bought themselves some much needed time off.

After collecting four decisive victories over a six-day span in round two of the Calder Cup Playoffs, the Checkers returned to the Queen City and enjoyed a nice weekend away from the rink.

That’s all in the rearview now, though, as the team returned to practice Monday recharged and ready to go.

“We wanted to have a good two days off but today it was back to work,” said head coach Mike Vellucci after Monday’s practice. “We talked about having good pace and energy. Controlled chaos is what I like to call it. It’s almost like the start of the year, you want to get going and have high intensity.”

One of the biggest benefits of the extended break – the Eastern Conference Finals will begin nine days after the Checkers’ eliminated the Hershey Bears – for Charlotte is that the team’s injured contingent will have more time to heal. Tomas Jurco and Andrew Poturalski – both of whom have been nursing ailments that have taken them out of games during this playoff run – were full participants in practice, a definite positive sign.

“The break was good for us, we needed it,” said Vellucci. “We’ve got some guys who were banged up and now hopefully they’ll be back.”

The former missed both contests in Hershey with an injury sustained in a collision with the boards in Game 2, while the latter has been sidelined since the last two games of the regular season.

“Rollie I’m not sure about,” said Vellucci. “[McKeown] hasn’t been on the ice in a while but he looked really good today. We don’t want to get ahead of ourselves though, we want to wait and make sure he gets the proper clearance. I think he’s questionable.”

“I’m coming around slowly but surely,” said Bishop. “Just taking it day by day right now. It’s tough being out of the lineup but I’m trying to battle through it and hopefully be back for Friday.”

While their statuses moving forward remain uncertain, getting a full week of practice in should help the cause.

“Getting them back would be a huge help,” said Vellucci. “Rollie was our best plus-minus defenseman all year, our most consistent game in and game out. And then Bish gives us another weapon down the middle and a penalty killer.”

Healing and rest aside, this gap without games also brings with it the threat of rust moving in. Monday’s high-energy practice seemed to ease any fear of that, however.

“It’s tough, you go from playing every few days to having a week and a half off,” said Trevor Carrick. “You start to lose it a little bit. But we just have to stay focused and come with it in practice and work hard.”

The defending champion Marlies enter the series with a similar break, having wrapped up their sweep of Cleveland one day before Charlotte eliminated the Bears, setting the stage for a heavyweight battle between the two.

“They have to go through the same thing,” said Vellucci. “They swept their second-round series too so we’re both in the same boat.” “We got a week and a half off here and they do too, so lots of time to prepare,” said Carrick. “It should be a good series.”