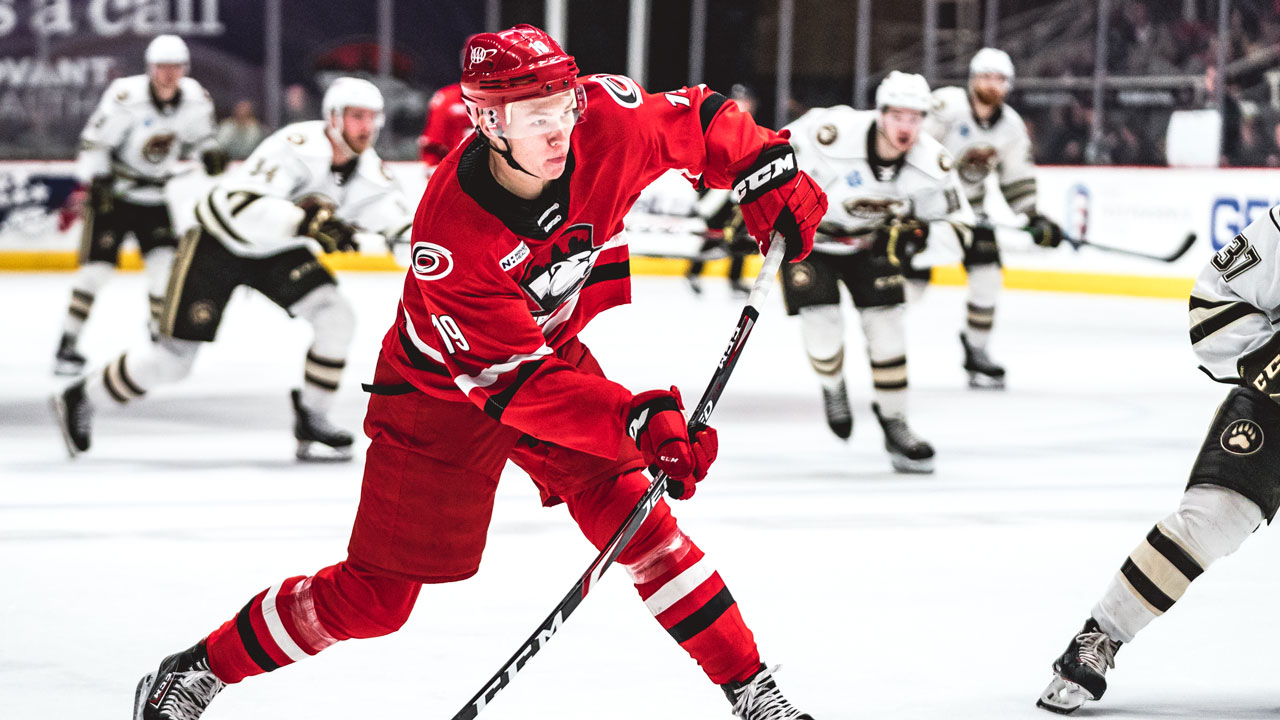 While we won’t get to see the actual Checkers suit up for the postseason, the team is well represented by alumni who will be taking part in the NHL’s Stanley Cup Playoffs that begin this weekend.

A total of 28 former Checkers, many of whom played for the team this season, are on NHL rosters as the league returns to finish the 2019-20 season. Eight different teams in the tournament are carrying at least one Checkers alum on the roster.

Naturally, the Carolina Hurricanes have the most alumni with 14, including forward Morgan Geekie, who was enjoying a blistering start to his NHL career just prior to the March pause, reigning AHL Defenseman of the Year Jake Bean and last season’s Goaltender of the Year, Alex Nedeljkovic. Those players are among eight members of the 2019 Calder Cup championship team on Carolina's playoff roster.

Thanks in large part to the Hurricanes’ major acquisition of Vincent Trochek at the NHL’s February trade deadline, the Florida Panthers have the next-largest grouping of Checkers alumni with five players, including Calder Cup winning forward Aleksi Saarela and center Lucas Wallmark, the latter of whom led the Checkers in scoring in 2017-18. Eetu Luostarinen and Chase Priskie were enjoying productive rookie seasons in Charlotte prior to the trade, which has seen them go on to join the Panthers at the NHL level.

The Hurricanes’ first-round match-up with the New York Rangers will have some additional intrigue for Checkers fans, with fan favorite Julien Gauthier joining Greg McKegg and Phil Di Giuseppe on the Rangers roster.

Out west, the Vegas Golden Knights boast a pair of key members of the 2019 Calder Cup team in Patrick Brown and Nicolas Roy. A group of players who have long-since established themselves as NHL regulars, including Justin Faulk, former captain Derek Ryan, Riley Nash and Victor Rask will represent St. Louis, Calgary, Columbus and Minnesota, respectively.

The Hurricanes and Rangers kick off the tournament at 12 p.m. on Saturday, Aug. 1. 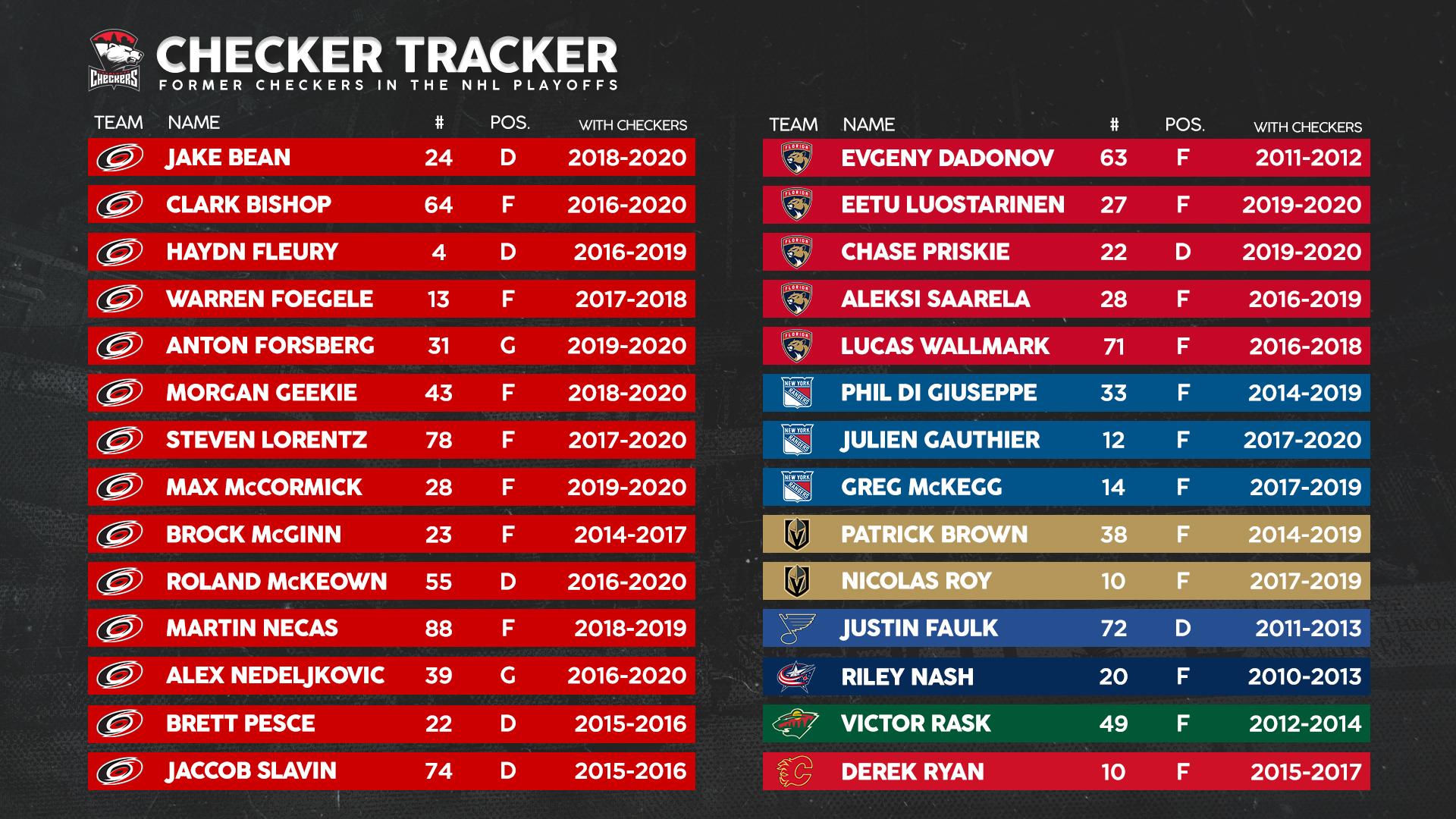