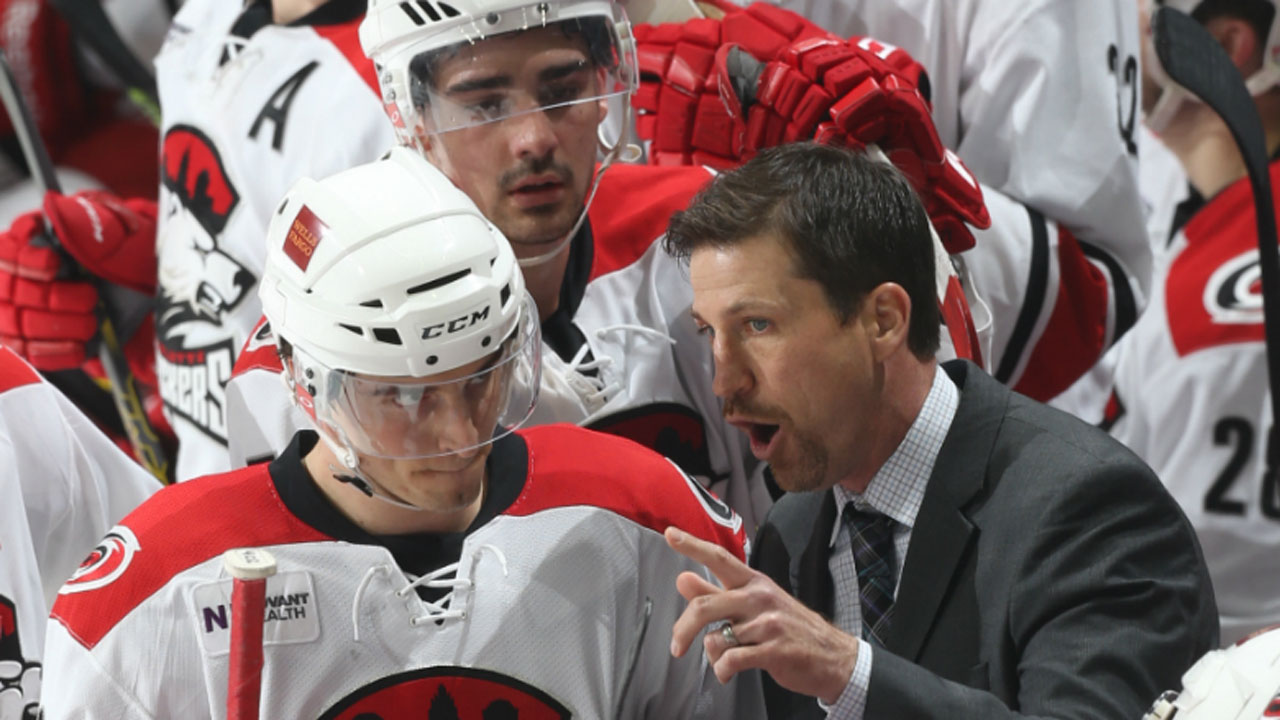 An affiliation change during a global pandemic wasn’t part of the vision, but Geordie Kinnear still managed to end up in the right place.

“I always wanted to be the head coach of the Charlotte Checkers,” said Kinnear, who hopes to start that job in the near future. “I have a ton of respect for the Checkers and what they are about.”

Kinnear would know, having spent six seasons as the team’s assistant coach beginning with the inaugural AHL season in 2010 and ending when he left to take his first job as a head coach with the top affiliate of the NHL’s Florida Panthers in 2016. That’s a position he will continue to hold now that the Checkers and Panthers have made their partnership official.

It would have been hard to imagine the circumstances and coincidences that led him back to Charlotte.

“To be honest, I’m a very in-the-moment person so I take it day by day, but when it became a possibility to come back, it was very, very exciting,” he said.

Settling back in will be a relatively easy process for Kinnear and his family. Technically, he isn’t starting a new job. He’s coached at Bojangles’ Coliseum. He knows much of the Checkers’ front office staff and team owner Michael Kahn. His two sons will go to the schools they would have gone to had they never left. Even his daughter, who in a normal year would be off at college, is still at home, learning remotely.

“Everyone’s happy,” said Kinnear. “It’s a great place to live and a place we felt was home. I just never thought we’d get back here like we did.”

Kinnear’s first head coaching job was a long time coming, as he had served as an AHL assistant coach in the New Jersey Devils and Carolina Hurricanes organizations, starting as an unpaid volunteer, since retiring from a rough-and-tumble playing career in 2001. Since leaving Charlotte four years ago, he’s enjoyed the new role. 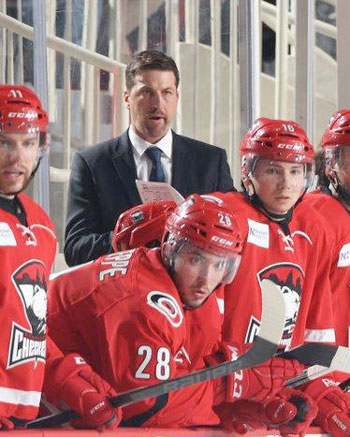 “I’ve always wanted to be a person that put himself in a position to be challenged,” he said. “The transition was just more responsibility, but the bottom line is that it’s coaching. You’re managing more people and there are more people under your umbrella, but I’ve done that my whole life. From being a captain as a player to being an assistant coach, it’s bigger responsibility, but I loved the challenge and I loved everything about it.”

Kinnear also got some brief NHL experience this summer, however unusual it was. Around two and a half weeks before the playoffs started, Panthers head coach Joel Quenneville called Kinnear to ask if he would accompany the team to the Toronto bubble. There, he worked with the team’s extra skaters, many of whom he knew from Springfield, and served as the team’s “eye in the sky” during the play-in series with the New York Islanders.

Though only in the bubble for a few weeks, he can appreciate the unique challenges all teams are facing.

“The mental toughness, to be able to win, whether you’re in the bubble or not, is first and foremost,” he said. “Being without your family, I don’t care who you are, is always a challenge. To make that sacrifice is not easy, but I think in the end if you ask these two teams if it was all worth it right now to be playing in the Stanley Cup Final, that’s what we’re all here for. To be able to win in the end.”

Last season, Kinnear’s Springfield Thunderbirds team, a division rival of the Checkers, was just outside the playoff bubble when the season ended. Despite some turnover at the trade deadline that Charlotte could certainly relate to – a multi-player deal centered around Vincent Trochek would dramatically alter the makeup of both teams – Kinnear felt like his club ended the season with some momentum.

“We were right there at the very end,” he said. “We won two big games (in Charlotte) before we got shut down, and there was a lot of belief in our locker room coming out of those games that we were going to make a push.”

Kinnear and his team now hope to carry that momentum forward to a postseason appearance, this time in Charlotte’s colors rather than Springfield’s. The team’s trajectory certainly has it headed toward that goal, though a variety of important circumstances, namely the COVID-19 pandemic, significant management changes in Florida and the upcoming NHL draft and free agency periods, make roster projections very difficult at the present time.

To be honest, I think we’re all waiting,” said Kinnear. “Things are still working themselves out. As of right now, that might be a tall order. As things progress I think there would be more clarity moving forward.”

In the meantime, without concrete plans aside from the AHL’s target return date of Dec. 4, Kinnear is keeping himself busy by continuing to study the finer points of the game. That includes an activity to which many of us can relate: Zoom calls. Kinnear said he has been spending time in informal meetings with coaches across all levels.

“I think you have to come out of this situation better and more prepared than ever,” he said. “I’ve always been a person that tries to grow every single day and get better every single day. I’m a coach that can’t preach that to the players without doing it myself.

“Whether it’s reading books, watching video or talking to other coaches, you’re trying to get yourself to be more prepared and better because you’re doing a disservice to the organization, yourself, your team and your players if you’re not. It’s an everyday process.”

Circumstances willing, that process will soon continue in a welcoming environment.

“The relationships, the people and the commitment to winning,” said Kinnear of why he appreciates Charlotte. “The competitive nature of everybody and the family approach that Michael brings. I just felt it was such a family-oriented group. Obviously they went on to a win a Calder Cup, and that’s no surprise with how things are run.”