Independence Fund Defenseman Of The Month 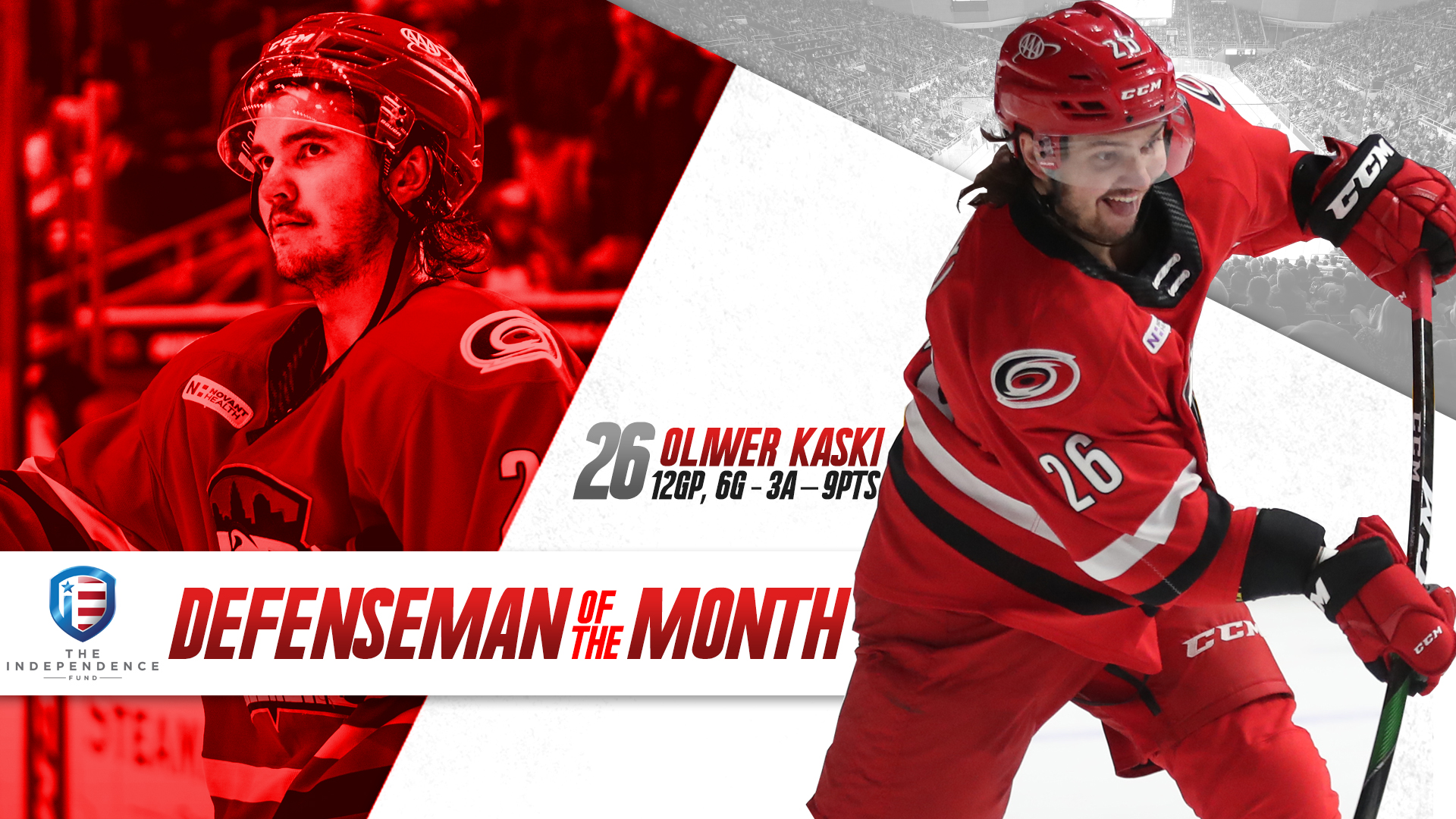 Each month throughout the 2019-20 season the Checkers will select a recipient for the Defenseman of the Month award, presented by Independence Fund.

Oliwer Kaski made an impact on the blue line in February, pumping in six goals over the 12 games. That led all Charlotte skaters for the month and established the Finn as one of the league’s most lethal defensemen.

Jake Bean earned the honor for the second month in a row after upping his production to 11 points in 12 games during January. That mark not only led all Checkers blueliners, it was tied for the most points by any defenseman in the AHL across the month.

The Checkers captain led the team with five assists and a plus-five rating throughout the month of November and tied for the team lead among blueliners with six points over 12 games. The month also featured a season-long three-game point streak for McKeown and his best individual performance of the season with a pair of assists and a plus-three rating in a big win over Cleveland.

Chase Priskie shined in his first month of pro hockey, leading all team blueliners and tying for second on the team overall with eight points in eight games. Priskie also led all Checkers with six helpers throughout the month of October and chipped in a pair of goals as well.