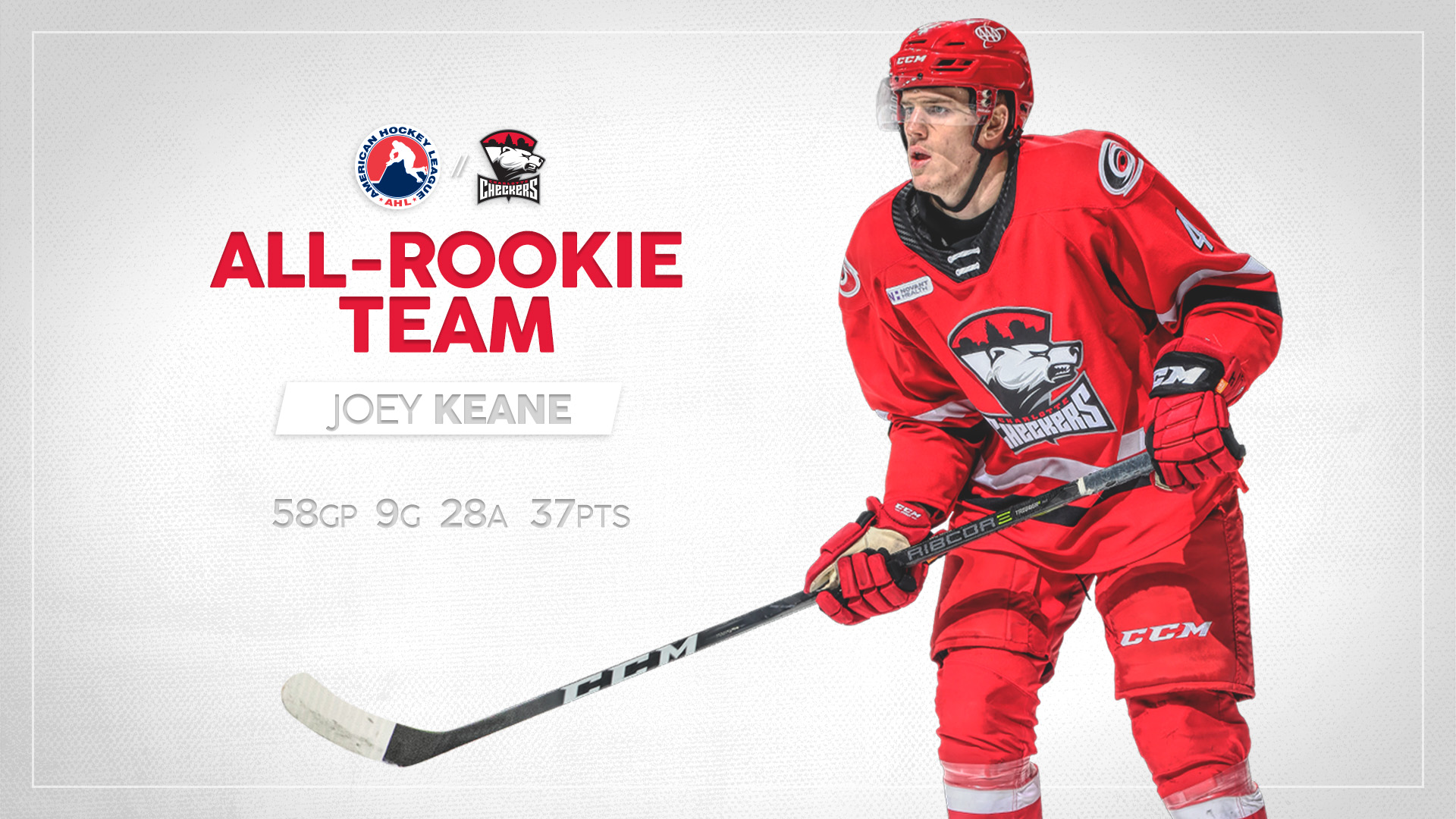 Joey Keane’s standout season has earned him a spot on the AHL’s All-Rookie Team.

The 20-year-old lit the lamp nine times to lead all rookie defensemen, while also ranking second in points (37) and third in assists (28) – with the latter two marks landing him ninth and sixth among all league rookies, respectively.

Keane’s numbers weren’t just impressive for a rookie either, as he vaulted himself into the top 10 among all AHL blue liners in goals (9th), assists (8th) and points (7th) as well.

A third-round pick in 2018 by the Rangers, Keane was acquired by Carolina in February in exchange for Julien Gauthier. The Chicago native appeared in nine games for Charlotte, posting seven points (1g, 6a) in a Checkers sweater.

Keane is the third Checker to be named to the AHL’s All-Rookie Team and the second blueliner in as many years, joining Jake Bean in 2018-19 and Zac Dalpe in 2010-11.