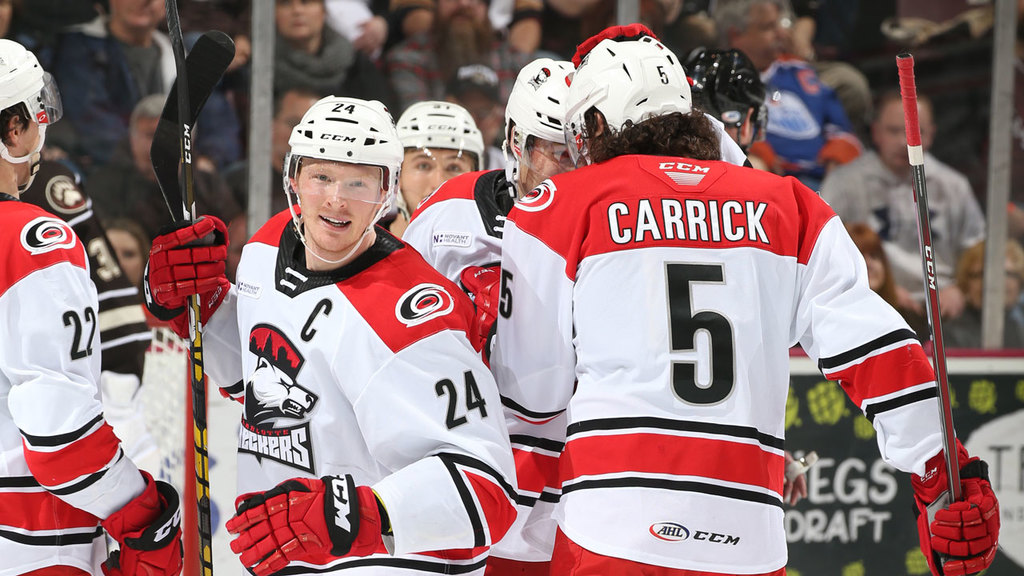 During the season, Checkers broadcaster Jason Shaya checks in each week with his 10 Thoughts - a series of observations about the team and the hockey world in general. 1. Right before the Checkers were going to skate on Tuesday, the compressor broke down in Springfield and the ice surface became a massive puddle. Practice was immediately called off and strength coach Ryan Wysocki sprung into action, making sure every player got a workout before leaving the rink. Players and even coaches were sore the following day. Good work by Ryan.

2. After being sent down to Charlotte last week, Haydn Fleury elected to forego a flight to Hershey and jumped into a car so he could make it in time to get on the ice for the morning skate. Which leads me to my next thought: 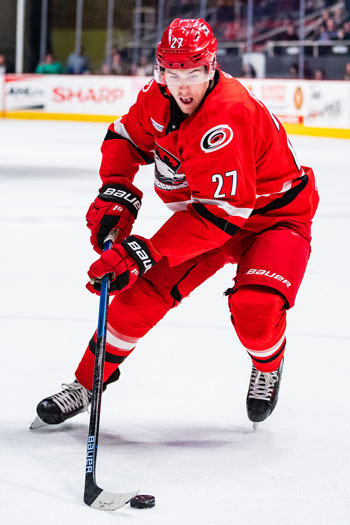 3. Mike Vellucci told me in an interview about the importance of drafting hockey players rather than kids who happen to play hockey. Fleury and many other Checkers are in the former category, which is why even though the team is slumping now, there is no reason to panic.

4. Since John Forslund will handle Hockey Day in America duties on NBC, I will be filling in on Saturday night at PNC against Dallas. Thanks to Michael Kahn and the Checkers for allowing me the opportunity to do NHL broadcasts. In light of the information above, there will be no broadcast available on Saturday against Providence and Sunday's Checkers game will be handled by Bridgeport's own Alan Fuehring.

5. Congratulations to Marlies voice and AHL broadcasting veteran Todd Crocker, who called his first NHL game last night for the Leafs against the Avalanche. Crocker and his Marlies are coming off a Calder Cup win, so great things continue to happen to one of the funniest and nicest guys in the league. Leafs head coach Mike Babcock said afterwards, if Todd keeps winning, he can keep calling games. That would mean my NHL time would've been up long ago. Good thing broadcasters have no powers over a game's outcome, contrary to the insane.

6. Former Hurricane and NHL great Sergei Samsonov has joined the team in Springfield this week. Samsonov, who could probably play in the AHL tomorrow and immediately be a top six forward, always commands respect from players. His insight and analysis of the game is tremendous. We should have an interview with him for Friday's broadcast.

7. If the Checkers are going to start winning again, the number one factor is scoring depth. This was the team's strength nearly all season. Now that it's cooled off, the team is suffering. This has to be fixed.

8. After spending enough time around this team, there isn't a player in that room that is happy with losing. The coaching staff is facilitating solutions but ultimately it's going to be up to the team's veterans to guide them through rough waters.

9. It seems the AHL schedule makers only book Charlotte to play in Bridgeport at the end of a three in three on the weekend. The game on Saturday vs. Providence is a late start (8 p.m.), so with travel and the early start Sunday, it will be a very challenging weekend. The Checkers can make a serious statement by earning at least four points out of six.

10. After this weekend, there are 21 games left with only seven on the road. This should be very favorable for the Checkers, but even with the division lead, the playoffs are no guarantee.

It's tomorrow but we have to wish a very happy 40th birthday to John Forslund, who says no to Father Time. Many more to the man who puts on a broadcasting clinic every game.