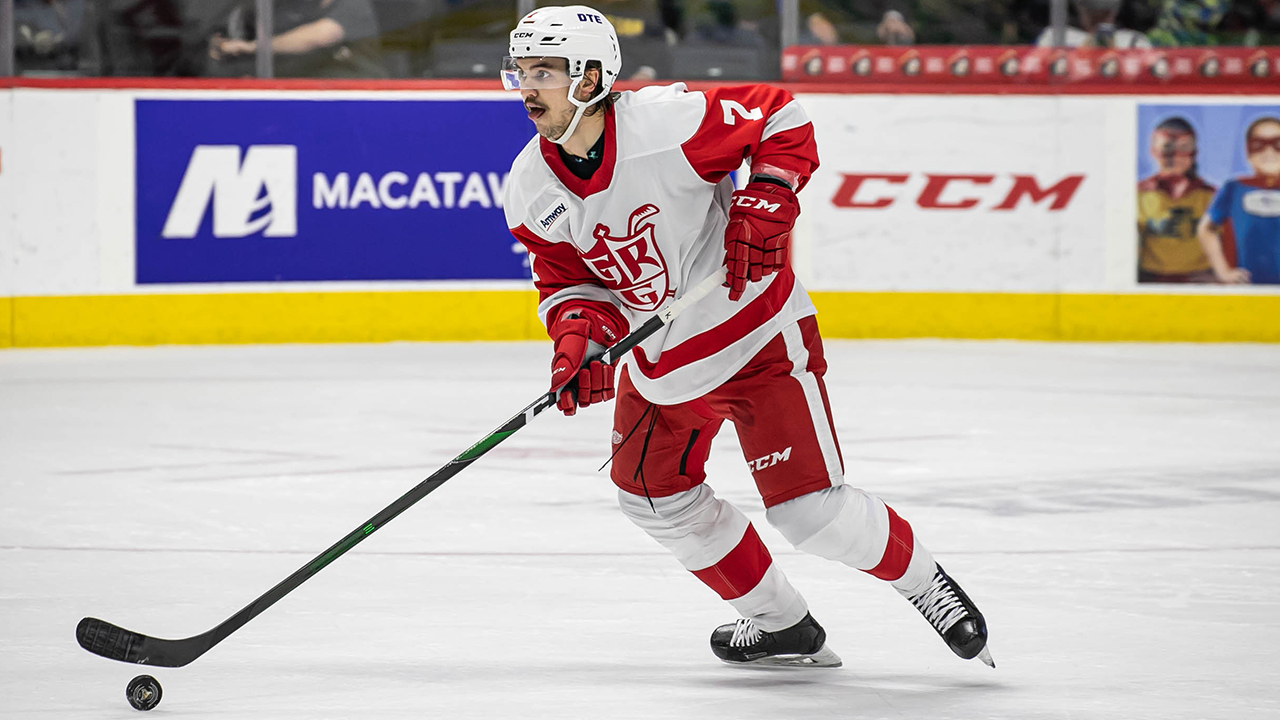 The Hurricanes have swapped defensemen with Detroit, acquiring Oliwer Kaski in exchange for Kyle Wood.

The 24-year-old Kaski is in his first season as a pro in North America and had five points (2g, 3a) in 19 games with the Grand Rapids Griffins. The blueliner signed with Detroit this past summer after turning in the third-highest point total by a defenseman in the history of SM-liiga, his native country of Finland’s top league. Kaski posted 51 points (19g, 32a) in 59 games for Pelicans in 2018-19, earning the league’s awards for both Best Defenseman and Best Player.

Kaski spent each of the last three seasons in Finland, totaling 73 points (30g, 43a) in 144 games for HIFK Helsinki and Pelicans. Prior to that he spent the 2015-16 season at Western Michigan University, posting 12 points (4g, 8a) in 31 games before departing one game into the next season.

Wood, acquired over the summer from San Jose in exchange for Trevor Carrick, logged five points (3g, 2a) over 14 games with Charlotte.