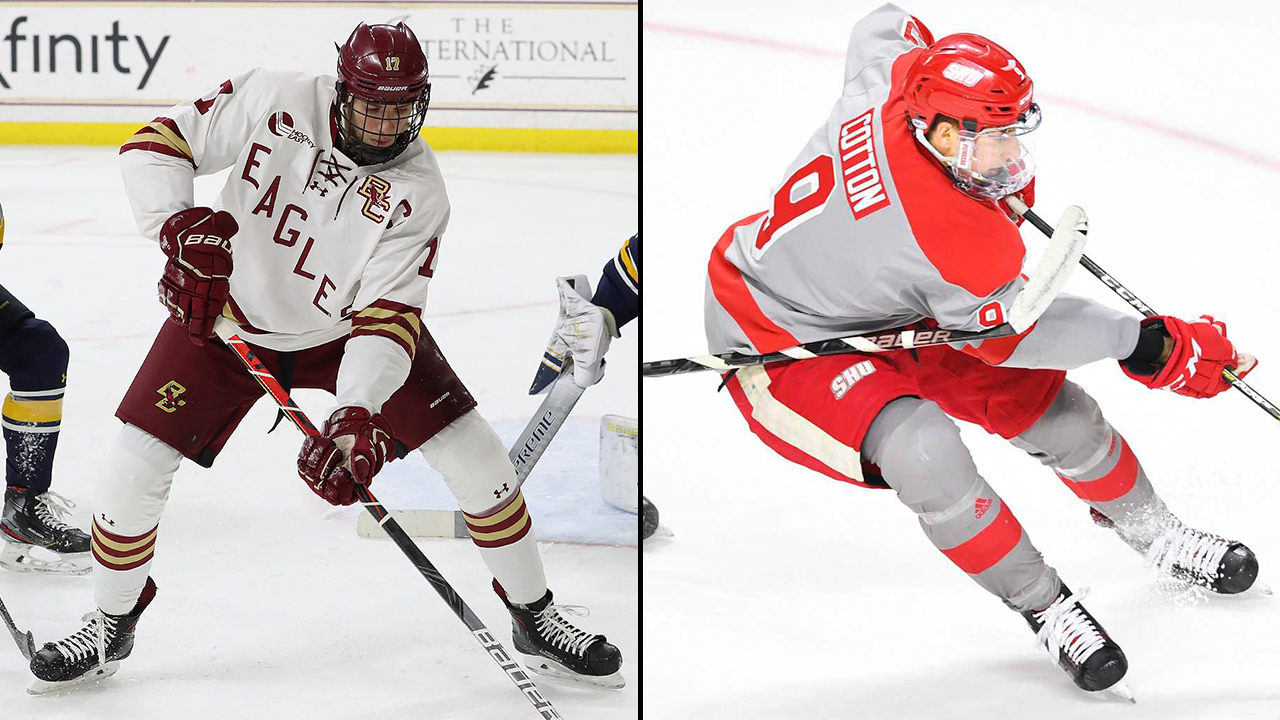 The Hurricanes made a pair of signings Tuesday morning, agreeing to terms with both David and Jason Cotton.

David, 22, was a sixth-round pick by Carolina in the 2015 draft and spent the last four years at Boston College. The 6-foot- 4 forward totaled 127 points (57g, 70a) in 148 games over his time in college, including ranking third on the team in scoring as a senior in 2019-20 while serving as team captain. David was twice selected to a conference All-Star Team (First in 18-19 and Third in 19-20) and was named to the Second All-American Team as a junior in 18-19, a season in which he led BC in goals and points.

Jason, the 25-year-old brother of David, was an undrafted free agent coming out of college. After logging eight games as a freshman at Northeastern in 2015-16, the 6-foot-3 forward spent three seasons at Sacred Heart University, where he racked up 81 points (41g, 40a) in 110 games. Jason’s senior season saw him lead his team with 37 points in 34 games and tie for sixth in the country with 20 goals, propelling him to be named a Hobey Baker Award Finalist and his conference’s Player of the Year.

Jason also spent two seasons in the USHL where he recorded 17 points (7g, 10a) in 73 games for Tri-City and Youngstown.