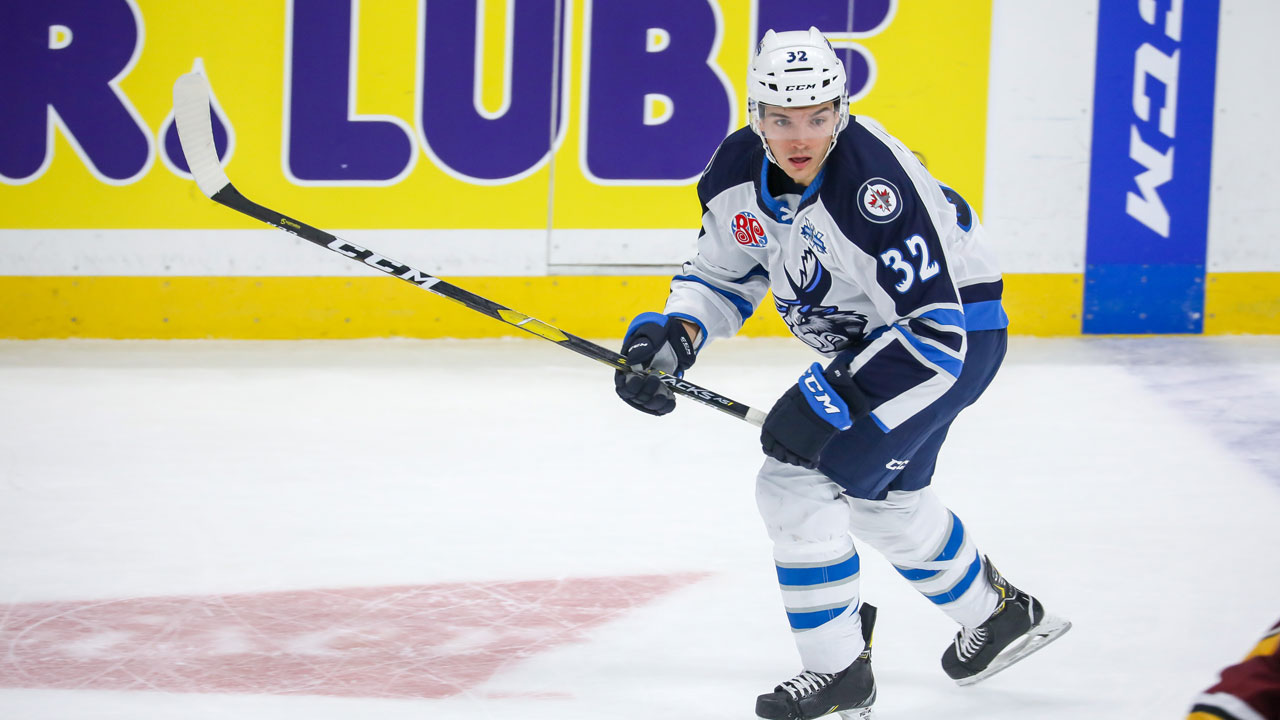 The Charlotte Checkers today announced that they have acquired forward Alexis D’Aoust (pronounced ah-LEX-ee da-OO) from the Manitoba Moose in exchange for future considerations.

D’Aoust, 23, has split his third professional season between the AHL Moose and the ECHL’s Jacksonville Icemen, posting one assist in four games with Manitoba and 26 points (13, 13a) in 36 contests with Jacksonville. The undrafted native of Trois-Rivieres, Quebec, has 34 points (17g, 17a) and 34 penalty minutes in 103 career AHL games with Utica and Manitoba.

D’Aoust is expected to join the Checkers during this weekend’s three-in-three set that contains games in Lehigh Valley tonight and Saturday and a match-up with Hershey on Sunday.