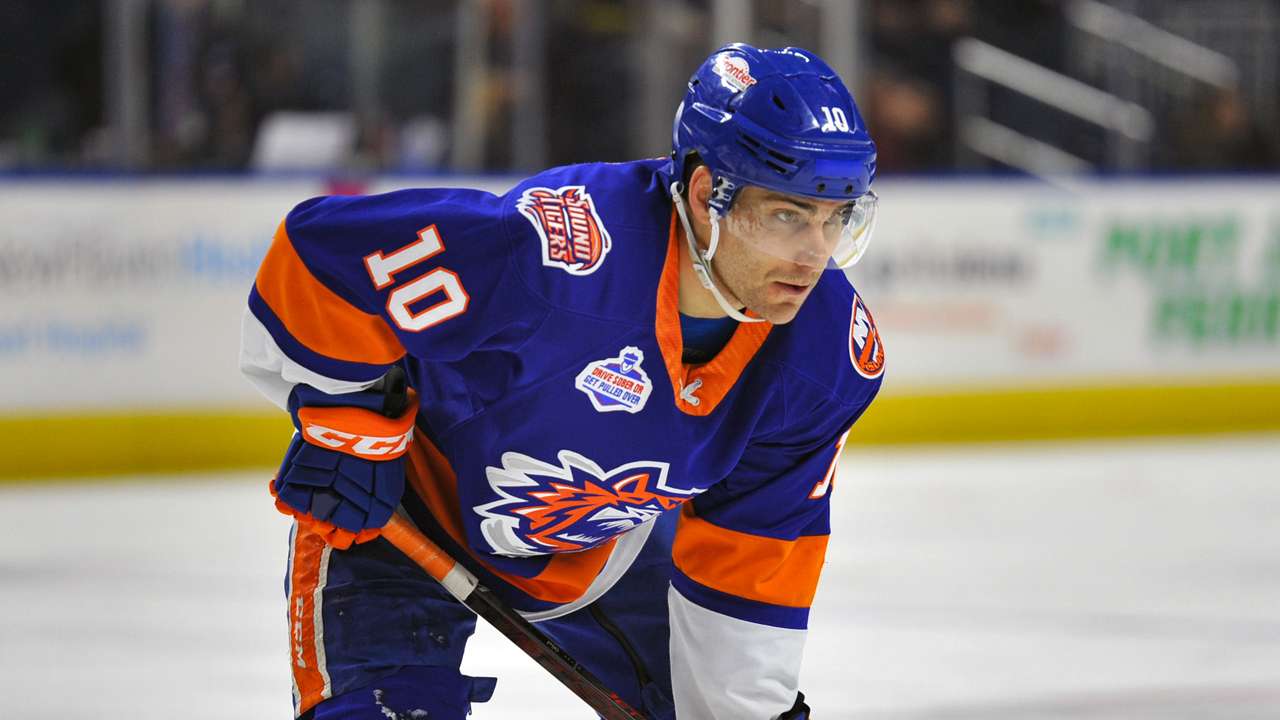 The Charlotte Checkers today announced that they have acquired forward Ryan Bourque from the Bridgeport Sound Tigers in exchange for forwards Terry Broadhurst and Cedric Lacroix.

Bourque, a 29-year-old veteran of nine AHL seasons with Connecticut, Hartford, Hershey and Bridgeport, has posted 11 points (4g, 7a) and 13 penalty minutes in 49 games for the Sound Tigers this season. In 581 career AHL games, the 5-foot-10, 176-pound native of Boxford, MA, has totaled 202 points (84g, 118a). He has also scored nine points in 52 career Calder Cup Playoff games.

The son of NHL Hall of Fame defenseman Ray Bourque, Ryan played one NHL game with the New York Rangers, who drafted him in the third round of the 2009 NHL Entry Draft, during the 2014-15 campaign.

Broadhurst, who first joined the Checkers on a professional tryout contract on Nov. 30 before agreeing to a standard AHL contract with the team on Feb. 18, recorded seven points, all assists, in 29 games with Charlotte. Lacroix, who signed a two-way AHL/ECHL contract with Charlotte on Aug. 7, has split the season between Charlotte and ECHL Greenville, recording no points and 41 penalty minutes in 11 AHL contests and 26 points (12g, 14a) and 48 penalty minutes in 34 games with Greenville.

The Checkers begin a six-game home stand this Friday, March. 6, with a 7 p.m. game against the Utica Comets.