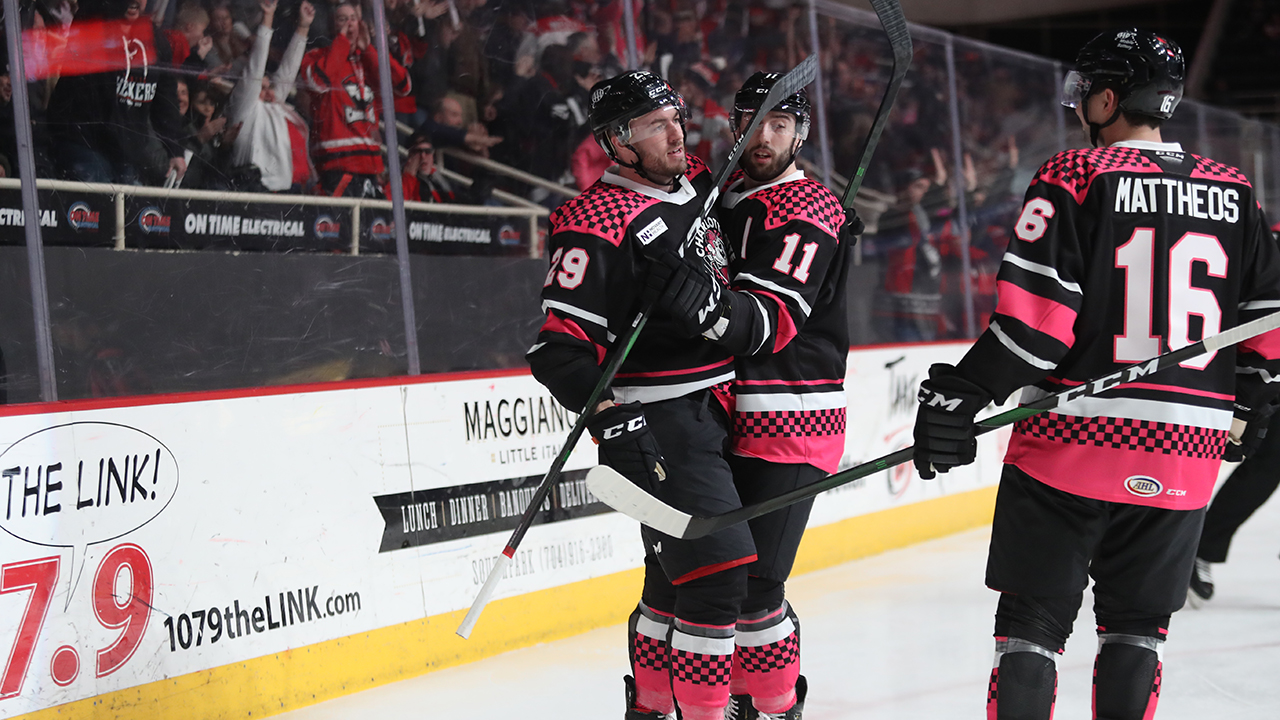 *UPDATE* Derek Sheppard has been recalled from Florida

The defenseman has appeared in 23 games for Charlotte this season, picking up three points (2g, 1a) and 63 penalty minutes, the latter of which ranks second on the team.

The Checkers, who now have six healthy options at defense, kick off a six-game homestand tonight against the Utica Comets.