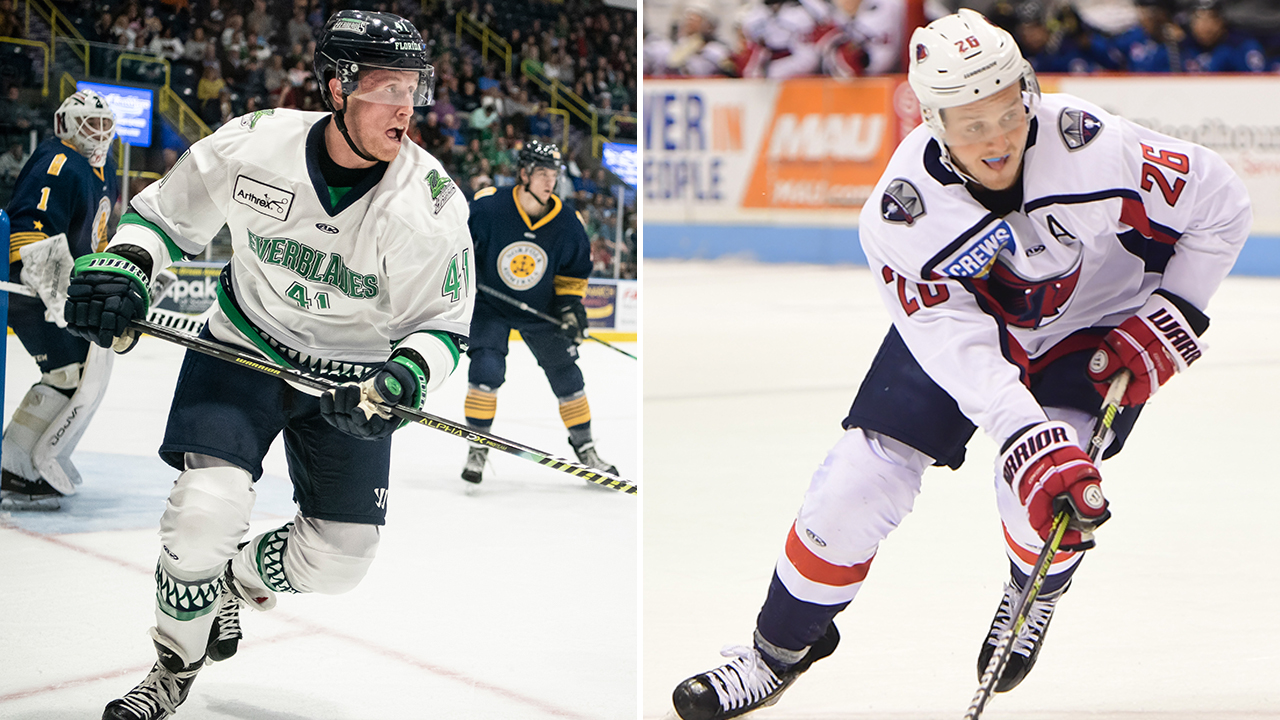 The Checkers added a pair of forwards to their roster Monday, signing Blake Winiecki and Mark Cooper to professional tryout contracts.

Winiecki, 26, is in his second full season of pro hockey. The Minnesota native is tied for seventh in the ECHL in goals (24) and tied for 12th in points (50), leading the Florida Everblades in both categories.

As a rookie in 2018-19, Winiecki ranked second on the Everblades with 59 points in 61 games, then led the team with 16 points in 16 postseason contests.

The Toronto native has also record nine points (2g, 7a) in 37 AHL games with San Antonio, Tucson and Chicago. Most recently Cooper logged 25 games with the Rampage last season, posting seven points (2g, 5a) along the way.

The Checkers are in the midst of a road trip currently and face off against the Hershey Bears tomorrow night.