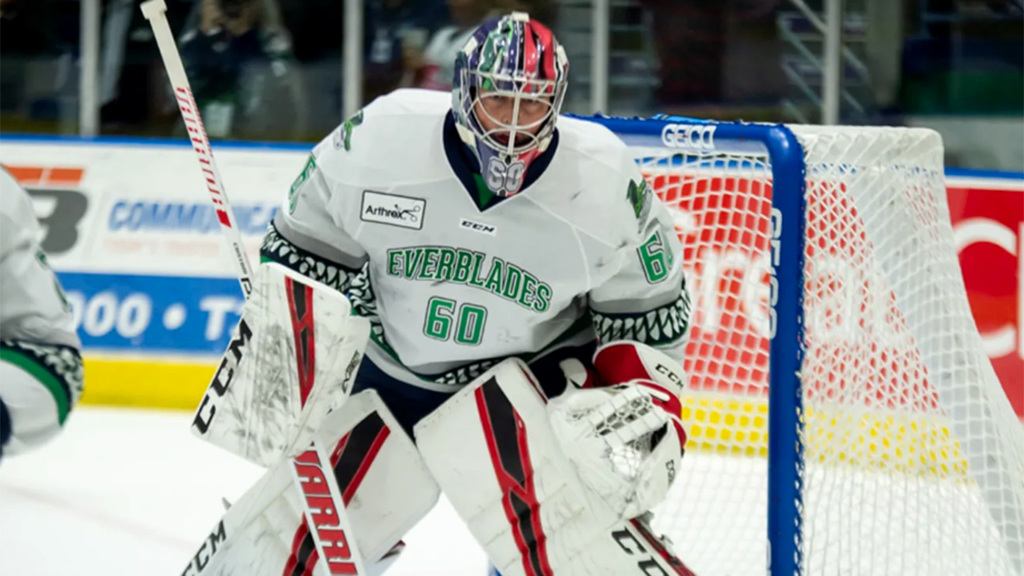 With a week until they begin their Eastern Conference Finals series against Toronto, the Checkers have sent Jeremy Helvig to the ECHL’s Florida Everblades.

The rookie goaltender served as Dustin Tokarski’s backup for Game 1 against Hershey and has been Charlotte’s third goalie since Alex Nedeljkovic returned from his NHL stint.

Helvig returns to Florida as they prepare to face the Newfoundland Growlers in the ECHL’s Eastern Conference Finals. The 21-year-old has played in four games during the Everblades’ current playoff run, going 2-2 with a 2.47 goals-against average. Helvig finished the regular season tied for third in the ECHL in wins and posted the league’s third-best goals-against average.