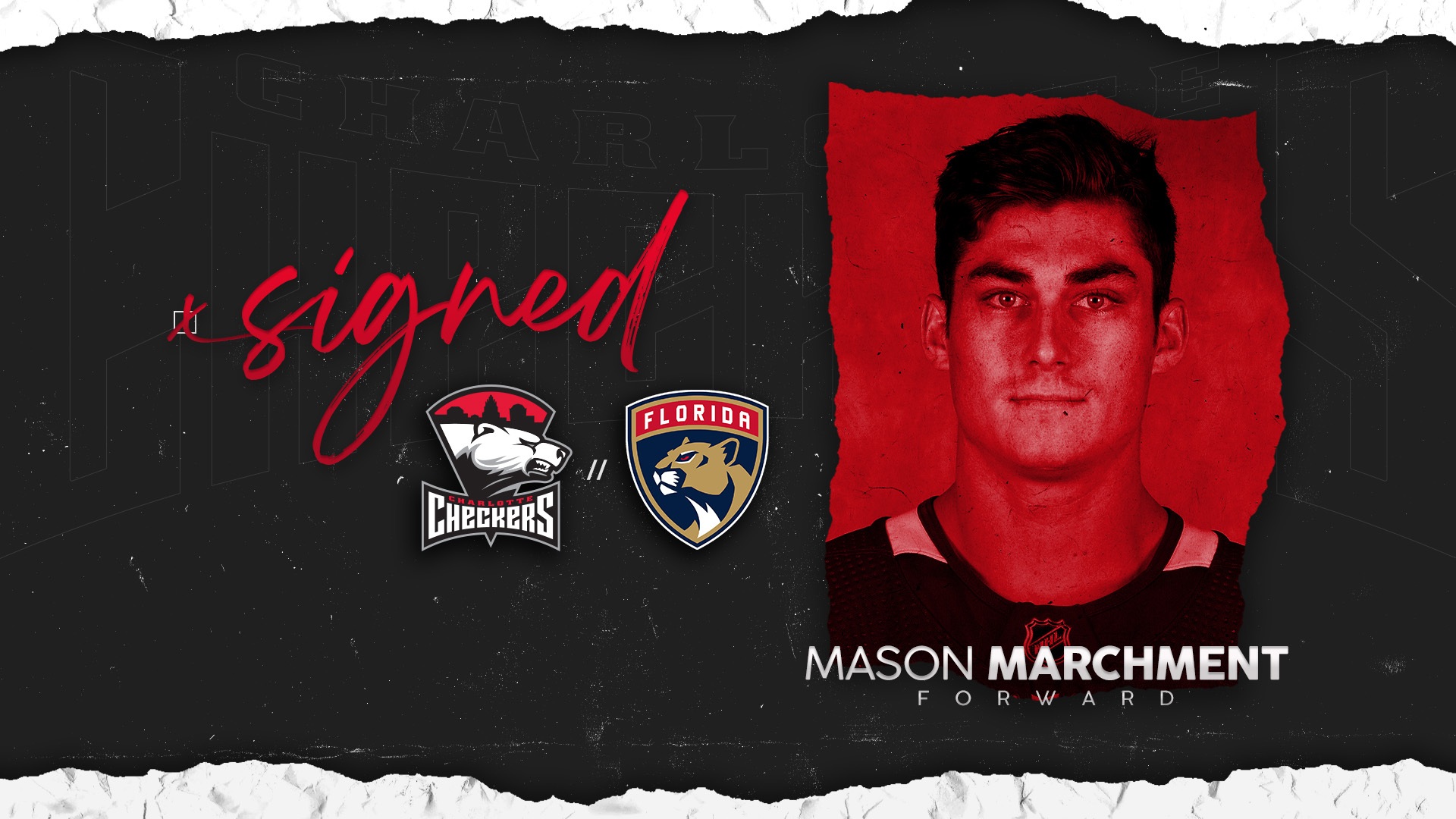 The Florida Panthers added another forward with significant AHL experience by re-signing Mason Marchment to a one-year, two-way contract on Tuesday.

Marchment, 25, was intended to be a key late-season addition for the Panthers’ AHL affiliate in Springfield last season, though the early end to the campaign limited him to just six games with his new club.

Despite playing just 30 total games as his season also started late due to a preseason injury, the 6-foot-4, 220-pound forward was still able to chip in 20 points with Springfield and the Toronto Marlies. His 13 goals included his first two AHL hat tricks.

A native of Uxbridge, Ontario, Marchment spent all of his previous time as a pro within the Toronto Maple Leafs organization, where he was a productive scorer at the AHL level to the tune of 72 points (38g, 34a) to go along with 138 penalty minutes in 130 career games with the Marlies. A Calder Cup champion in 2018, he recorded three points (2g, 1a) and 20 penalty minutes in the six-game Eastern Conference Final loss to Charlotte the following season.

Marchment is the latest forward with championship experience to sign a two-way contract with the Panthers, joining Scott Wilson, a Stanley Cup winner with the Pittsburgh Penguins, who joined last month.