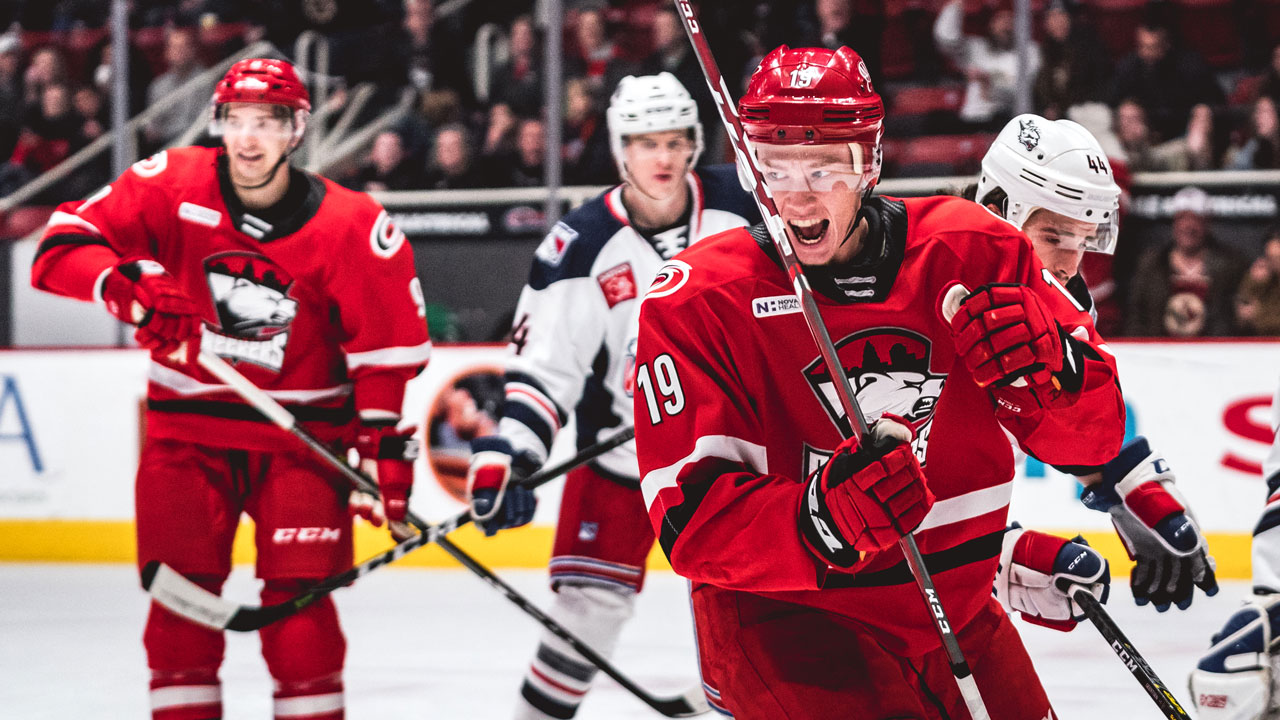 The Checkers kicked off their home stand in fine fashion by walloping the division-leading Wolf Pack 6-0.

The offense came early and often for the home side, which found itself off and running after a three-goal first. The blue line chipped in their fair share, as Oliwer Kaski and Gustav Forsling each lit the lamp and added three more assists amongst them. Four other forwards pitched in multi-point efforts as the Checkers peppered Hartford netminder Adam Huska with 38 shots on the night.

After a quick barrage of pressure early, the Wolf Pack were stifled for much of the night and registered just 17 shots on net. Alex Nedeljkovic was up to the task on all of them, however, recording his fourth shutout of the season to move into a tie for second in the AHL. 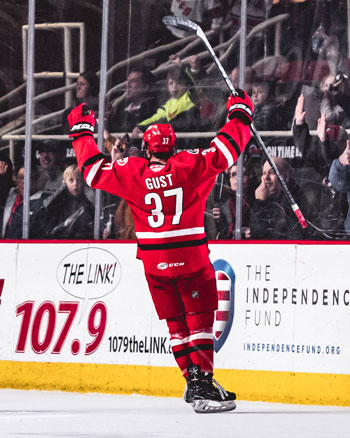 SCORE SHEET PHOTO GALLERY
Coach Ryan Warsofsky on the game
That was really good. One of our best of the year, for sure. Everyone was going. Ned made some big saves when it was 1-0 and even 2-0, and he just kept us in the hockey game. You could tell he was laser-focused from the start. It was good.

Warsofsky on getting the shutout
We worked on our d-zone coverage a lot this week. Guys were probably sick of it, but it needed to get better. We made a little tweak and adjustment with it systematically, but it was more of a buy-in factor. We did a lot of work on it this week and it paid off. We were really good. Second and third period in our d-zone - really good.

Warsofsky on not letting Hartford back in the game
I think the biggest thing, and we talked it after the second period, was just focusing on us. Let’s not worry about what they’re going to do. Let’s focus on us and what we’re going to do. That was a big key for us going into tonight. They’re a good team, but so are we. When we play the right way, we’re a really good team. I thought our guys did a really good job of not letting that stuff creep into their heads in the third period.

Warsofsky on how defensemen are getting involved offensively
Just get involved in the rush. We got Kaski in that trade, and one thing our scouts liked is that he can get up in the rush. Obviously he’s got a great shot. I thought tonight was Priskie’s best game of the year. Really good, really good.

Warsofsky on getting another win tomorrow
It’s important. That’s just the nature of the schedule that we have here in Charlotte is that teams come in for two and it’s hard to sweep them. We’ve got a chance tomorrow to sweep them and make a really good dent in the standings.

Morgan Geekie on the game
It was big. We started well and I think we stuck to our game for 60 minutes. Things went our way and we ran with that and played our game for the whole thing.

Geekie on stepping up offensively
It’s not just me. We’ve got guys like Sheppard coming in and playing forward for us, and it’s guys like him that have that role and do the little thing that not everybody notices. It’s guys like that that keep us together and keep us going strong.

The Checkers have out-scored Hartford by a combined 19-4 margin in three home victories. They are now 3-2-0 against the division-leading Wolf Pack this season, with the home team winning each time … Geekie extended his point streak to 12 games (9g, 7a), tying a franchise record set twice previously (Ryan Murphy, Greg McKegg) … Nedeljkovic picked up the 14th shutout of his career. It was also his fourth of the season, tying him for second in the league … Gauthier has five goals in his last six games and is now tied for fifth in the AHL with 23 on the season … The Checkers have a power-play goal in 11 straight games in which they were awarded a power play. They are 15-for-40 (37.5 percent) during that time and now rank third in the league at 23.9 percent for the season … Forsling has points in each of his last three games (1g, 3a) … The Checkers’ three shots allowed in the second period tied their fewest of the season … Dave Gust’s plus-4 rating tied the highest by a Checker this season … Forwards Brian Gibbons, Colin Markison and Stelio Mattheos missed the game due to injury … Forward Cedric Lacroix and defenseman Cavan Fitzgerald were healthy extras.