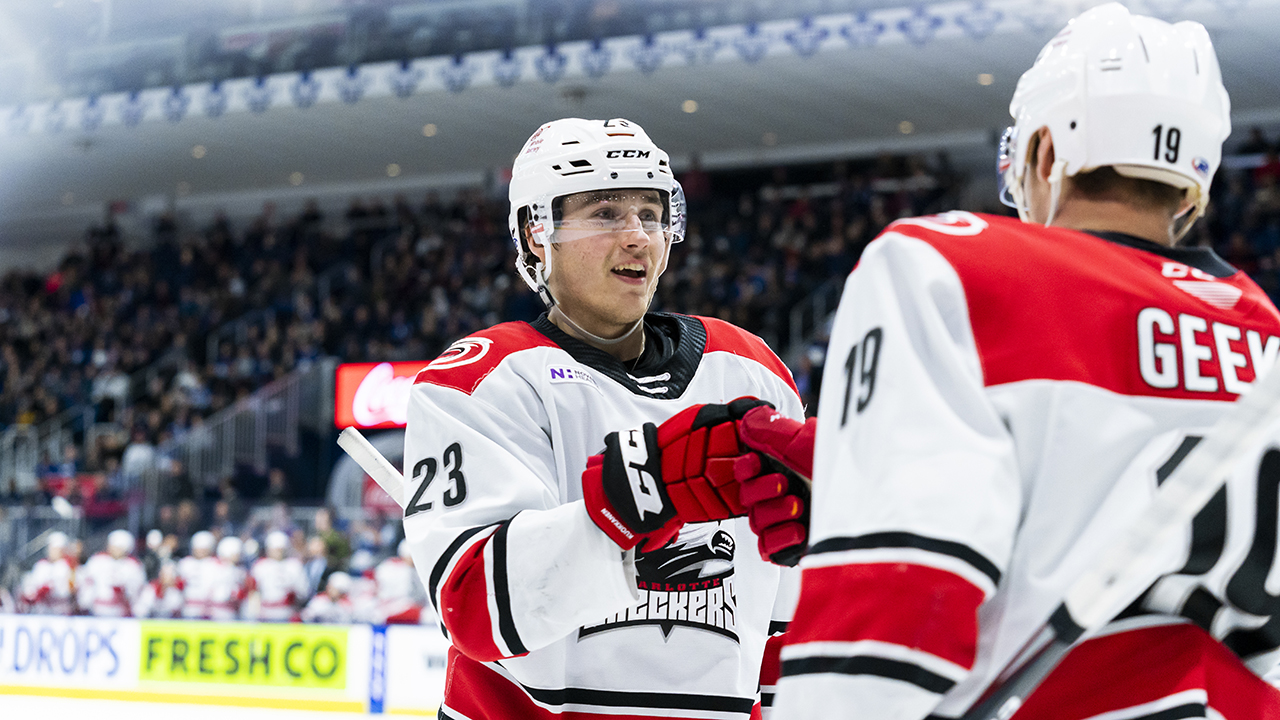 The Checkers righted the ship in their rematch with Toronto, nabbing a 4-3 win to snap their skid.

A hot start helped the visitors out as Oliwer Kaski broke the ice with a power-play strike and Clark Bishop doubled the lead just before the first buzzer with a slick finish in close. The Marlies’ man advantage broke through late in the middle frame, but a stellar burst of speed from Julien Gauthier led to a beautiful shorthanded goal and gave the Checkers’ a sizable advantage through 40 minutes of play.
SCORE SHEET PHOTO GALLERY
The Marlies gave a strong push in the third, however, finding the back of the net twice in the first half of the frame to narrow Charlotte’s lead to just one. The home side continued to throw everything they could down the stretch, registering 17 shots on goal in the third period alone, but the Checkers dug in an held their ground.

After entering last night’s contest in relief, Alex Nedeljkovic was tasked with the start Saturday and finished with 31 saves, riding out Toronto’s final push and skating away with a huge victory.

The Checkers snapped their season-long three game losing streak tonight … The Checkers have won their season series with the Marlies 3-1 … Morgan Geekie extended his point streak to 11 games, putting him one shy of tying the franchise record … Jake Bean recorded his seventh multi-assist game of the season … Julien Gauthier moved into fifth place in the AHL with his 22nd goal of the season … Terry Broadhurst and Gustav Forsling both notched an assist for the second straight game … The Checkers have scored a power-play goal in 10 of their last 11 games and 10 straight games in which they received at least one man advantage … Anton Forsberg missed the game due to illness and Dave Ayres was brought on as an emergency backup … Stelio Mattheos, Kerby Rychel, Brian Gibbons and Colin Markison all missed the game due to injuries … Cavan Fitzgerald and Cedric Lacroix were healthy extras 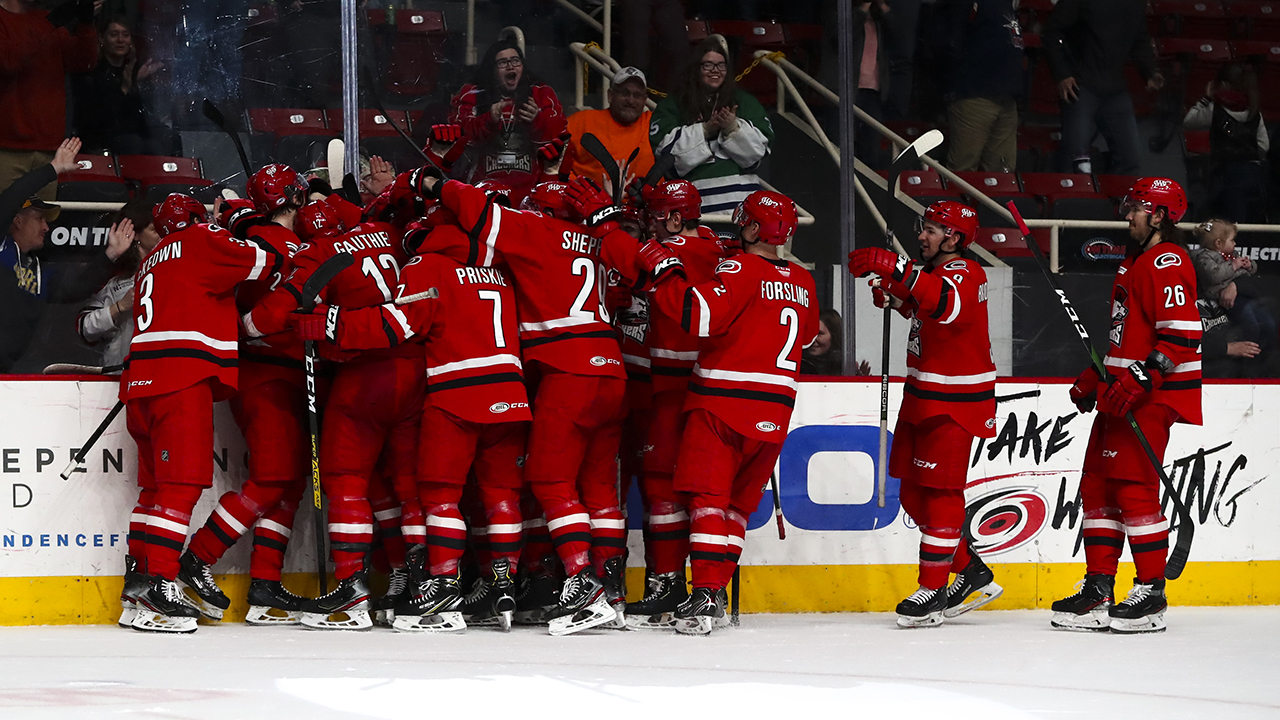 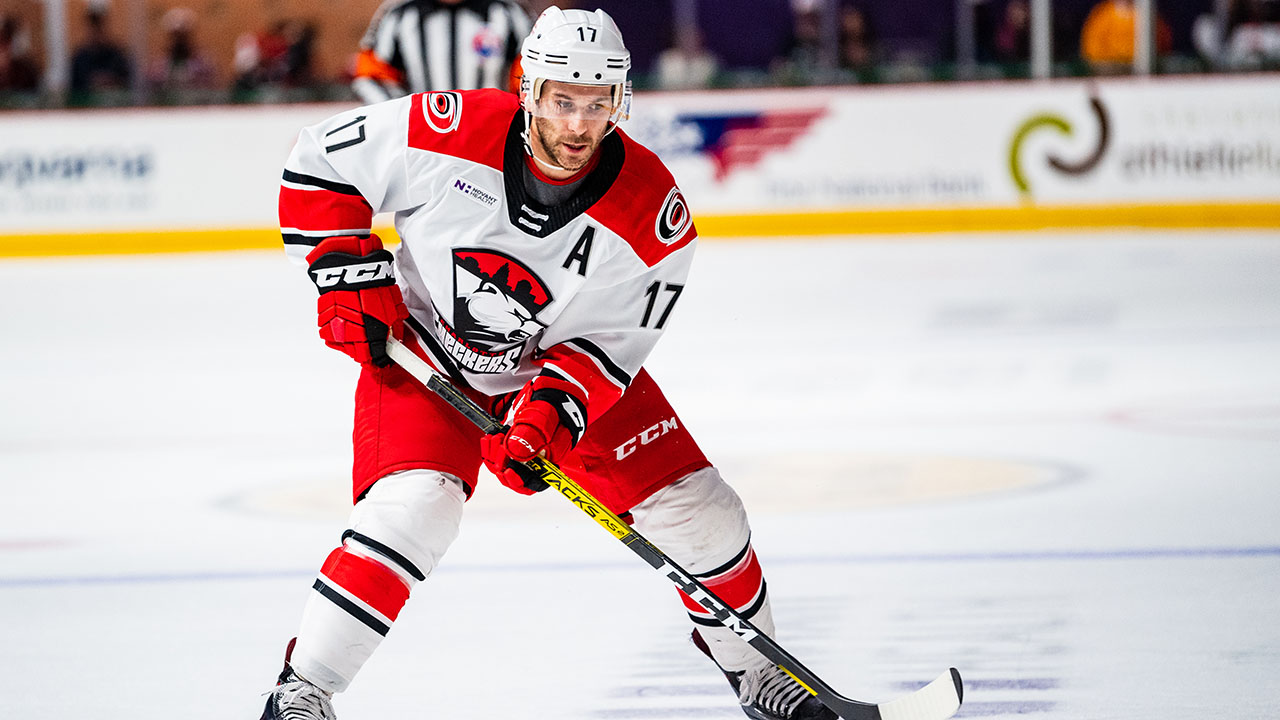