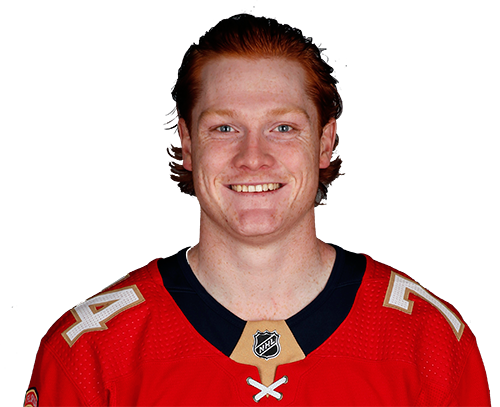 Signed a three-year, entry-level contract with the Florida Panthers on 7/19/17 ... Selected to the AHL All-Star Classic during his rookie season in 2019-20.

Began the season with NHL Florida after the team selected him 10th overall in the NHL Entry Draft that summer ... Played seven games with the Panthers before returning to his junior team in Mississauga ... Scored his first NHL goal/point vs. Anaheim's John Gibson (10/26) ... Assigned to the Panthers' AHL affiliate in Springfield following the conclusion of his junior season ... Scored a goal in his AHL debut at LAV (4/6).