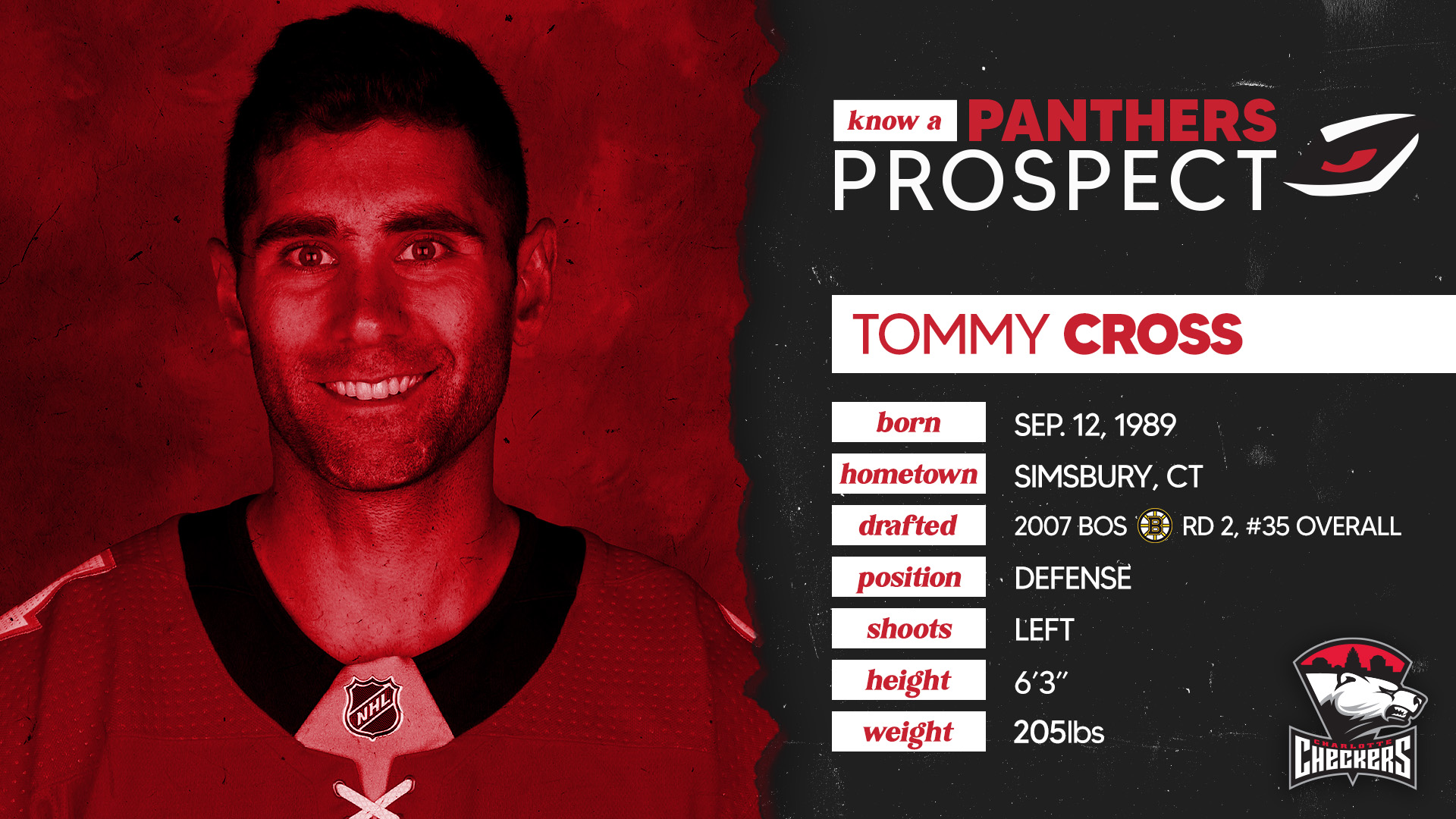 Now that we’re affiliated with the Florida Panthers, we’re going to spend the next several weeks introducing you to some of their prospects that could end up on the Checkers’ roster at some point. Now up: Tommy Cross. 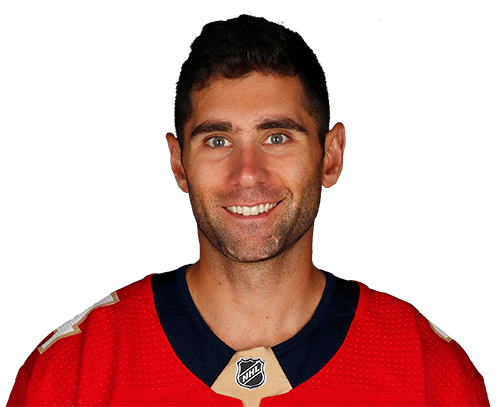 Tommy Cross is a veteran defenseman who has been an alternate captain or captain for the last five seasons in the AHL. In addition to playing nearly 500 career AHL games with Springfield, Cleveland and Providence, the 31-year-old Connecticut native has appeared in four career NHL games with the Boston Bruins, including one playoff contest in 2017. He won two NCAA national champions with Boston College in 2010 and 2012, serving as team captain for his senior season.

A demonstrated leader throughout his career, Cross brings a nice mix of production and toughness, as evidenced by three consecutive seasons with at least 30 points and 60 penalty minutes from 2016-17 through 2018-19. He is an imposing physical presence at 6-foot-3 and 205 pounds.

In his first season with the Panthers organization, Cross tied for fourth on the team in penalty minutes (56) and tied for fifth in plus/minus (+5). He assisted on two overtime goals and picked up the second multi-goal game of his career by scoring twice in the first 6:18 of a game against Providence in December. He and Morgan Geekie each picked up a season-high 12 penalty minutes during a November game in Charlotte as a result of a roughing incident. “He’s a leader, a character guy and makes everyone around him better. Those guys are so important in the American League – they’re like a coach on the ice. You can only do that through experience, and Tommy is one of those people that’s a quality person off the ice and a quality guy on the ice. He fits that bill as a leader and has helped develop people on our back end.”

He has appeared in seven consecutive Calder Cup playoffs dating back to the 2012-13 season.