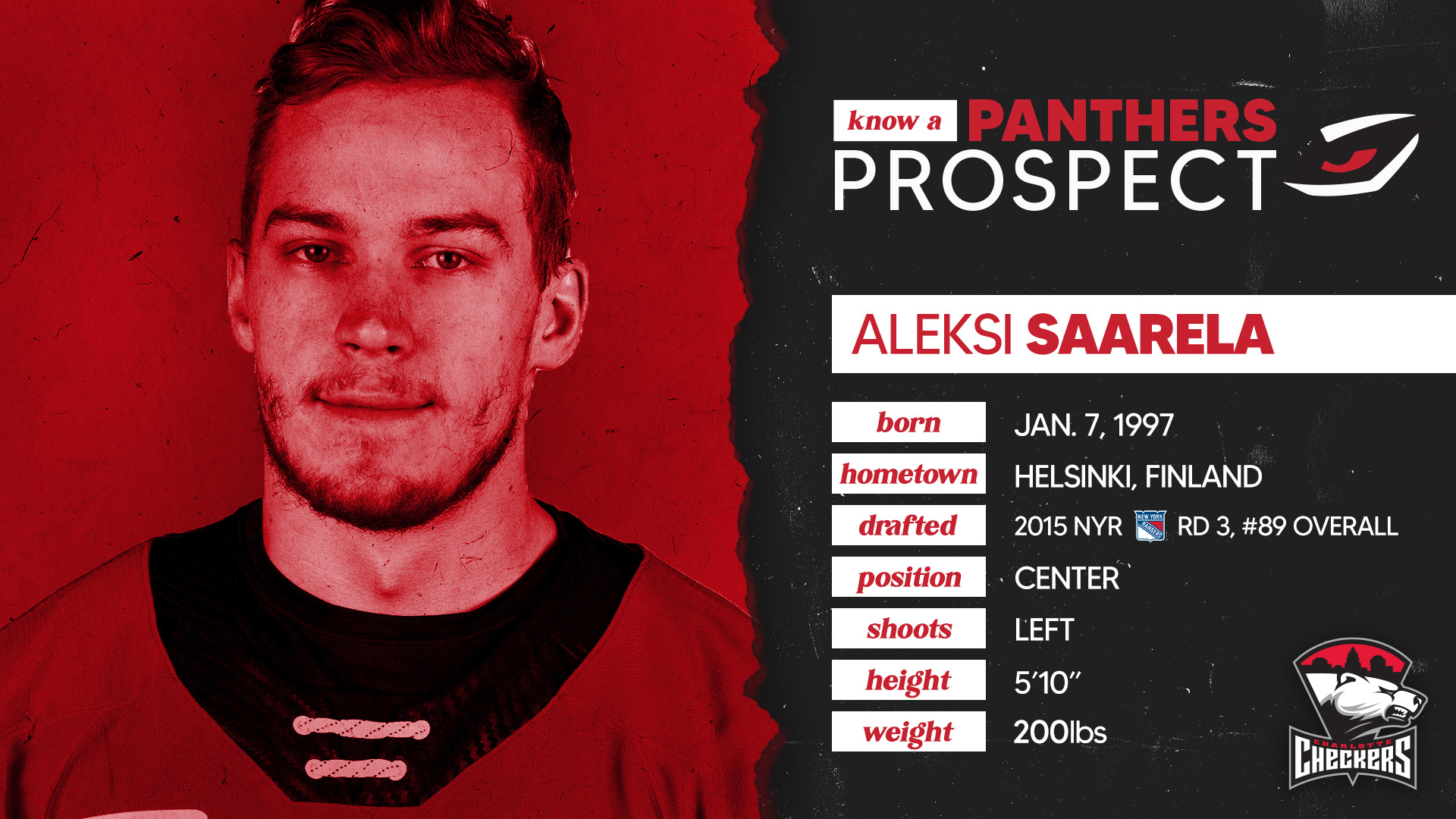 Now that we’re affiliated with the Florida Panthers, we’re going to spend the next several weeks introducing you to some of their prospects that could end up on the Checkers’ roster at some point. Now up: Aleksi Saarela. Aleksi Saarela is a 24-year-old forward who the Checkers know well from his two full seasons with the team that culminated in the 2019 Calder Cup championship. The New York Rangers’ third-round pick in 2015, he came over to the Carolina Hurricanes in a trade involving Eric Staal and spent the last three seasons in North America. He joined the Panthers organization following two additional trades last season and is currently a restricted free agent.

A natural goal scorer possessing an all-world shot, Saarela has consistently demonstrated an ability to score from anywhere on the ice. He has spent time both at center and on the wing.

Saarela began the season in the Chicago organization after the Blackhawks acquired him via trade shortly after his Calder Cup win in Charlotte. After just five games played with AHL Rockford, he went to the Panthers organization in yet another trade.

With AHL Springfield, Saarela posted 31 points in 43 games, a pace that resulted in him playing his first nine NHL regular season games with the Panthers later in the season. He made an impact in his first extended run of NHL games, posting his first four points (2g, 2a) and earning one playoff game during the Panthers’ play-in series against the New York Islanders.

“He had played wing for most of his American Hockey League career, but we didn’t have a lot of depth at center in Springfield so we asked him to play center, be more committed without the puck defensively and play a 200-foot game. I thought he really embraced it, and he was a pleasure to work with. He’s obviously a winner. He and Owen Tippett had a lot of chemistry, and he brought a lot of value and positive impact to our team. He became more NHL ready as the season went on.”

Saarela is playing with his old Finnish club Lukko Rauma, where, according to Panthers General Manager Bill Zito, he has opted to stay for the remainder of this season despite the return of the NHL. His scoring prowess is again on display, as he has posted 18 points, including 12 goals that tie him for third in the league, in just 19 games.

With Lukko this season, he has spent time playing on a line with Daniel Audette, a teammate from last season in Springfield.