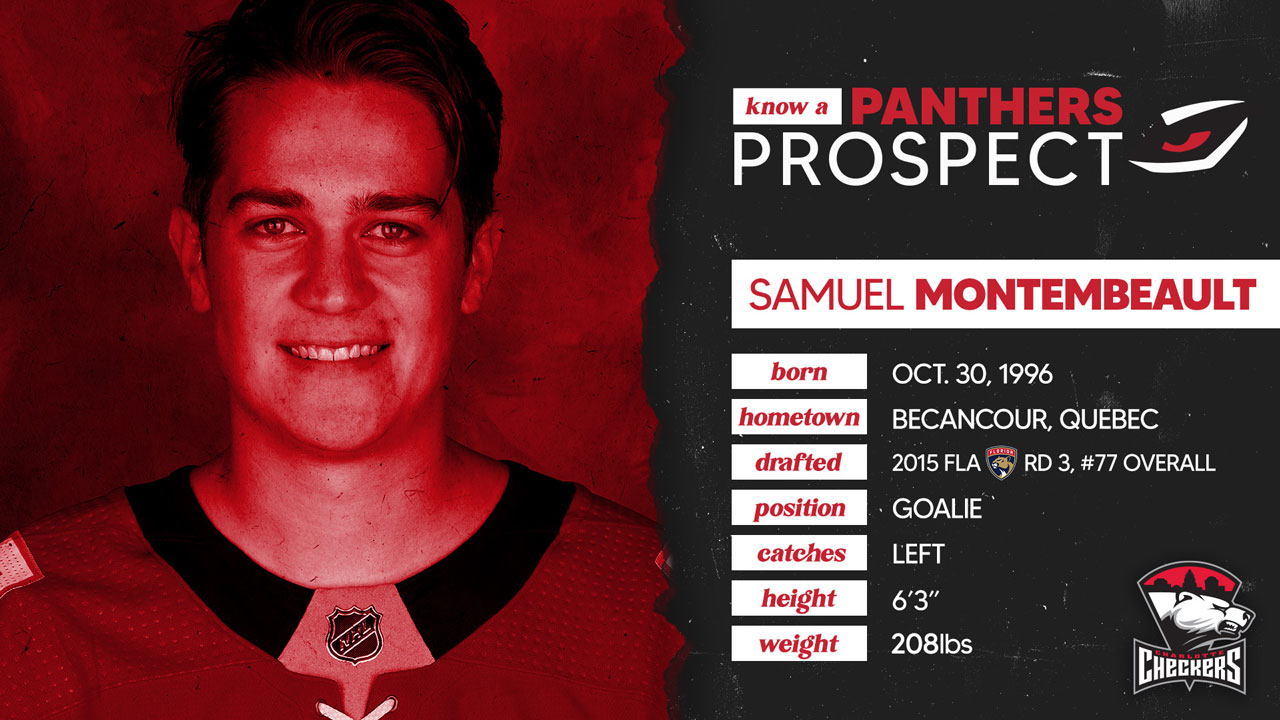 Now that we’re affiliated with the Florida Panthers, we’re going to spend the next several weeks introducing you to some of their prospects that could end up on the Checkers’ roster at some point. Now up: Samuel Montembeault. Samuel Montembeault is a 24-year-old goaltender who the Panthers re-signed to a one-year, two-way contract today. He split his first three professional seasons between the Panthers and their previous AHL affiliate in Springfield, earning an AHL All-Star appearance while with the Thunderbirds in 2019.

The Panthers’ third round draft choice in 2015, Montembeault played parts of four junior seasons with Blainville-Boisbriand of the Quebec Major Junior league, posting a 28-9-7 record in his final season in 2016-17. He also made Team Canada’s roster for the 2016 World Junior Championship.

After his AHL All-Star season that also saw him play his first 11 NHL games with the Panthers the year prior, Montembeault started the 2019-20 campaign as Sergei Bobrovsky’s backup in Florida. The rest of the season saw him go up and down between the NHL and AHL, first rejoining the Thunderbirds in November when the Panthers recalled fellow netminder Chris Driedger and then going back to the NHL in January when Driedger missed time due to injury.

“Monty earned the right to get to the National Hockey League and played some important games. He’s a very, very athletic goalie. Consistency for a goalie is critical, and he’s improved a lot over the last three years.”

He posted a 4-0-1 mark over his first five NHL games during the 2018-19 season, becoming the eighth goaltender in the last 35 years to begin his NHL career without a regulation loss over his first five appearances. While in the AHL during that same season, he had seven games with at least 40 saves.