Hockey is unique in that, several times during a game, both teams will be forced to play shorthanded when one or more of its players are put in the penalty box. However, no team is forced to play more than two men below full strength (six men) at any time. If a third penalty is called, it is suspended until the first penalty expires. On penalties called on the goalkeeper, a teammate serves his time in the penalty box.

When penalties reduce a team's strength, it changes its style of play to concentrate on defense. Meanwhile, the opponent loads its lineup with offensive players in an effort to capitalize on superior numbers. Except for major or match penalties, the shorthanded team returns to full strength as soon as the opposition scores. 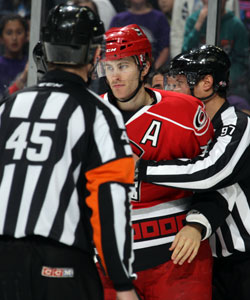 Major penalties are five minutes long and are usually called for fighting or when a minor penalty is committed with deliberate attempt to injure.

For deliberately injuring an opponent. The team must play shorthanded for five to 10 minutes, with the severity of the injury determining the length of the assessment. The offending player is ejected from the game.

A free shot, unopposed except by the goalie, is given to a player who is illegally impeded from behind when in possession of the puck and with no opponent between him and the goal except for the goalie. The team that comiits the offense is not penalized beyond the penalty shot, whether it is successful or not.

The supervisor and official authority of the game. He calls the penalties, determines goals and handles the faceoffs at center ice taht start each period of play. Officials wear a black and white vertically-striped shirt when on the ice and have solid orange armbands. The AHL is phasing in a two-referee system that will eventually be used for every game, but for now, some games still only use one referee.

There are two linesmen that are responsible for calling offsides and icing and handling all faceoffs that do not take place at center ice. They do not call penalties, but can recommend to the referee that a penalty be called.

One judge sits off-ice behind each goal and signals when a goal has been scored by turning on a red light above his station. The referee can ask his recommendation on disputed goals, but the referee has the final decision and is able to overrule the goal judge. 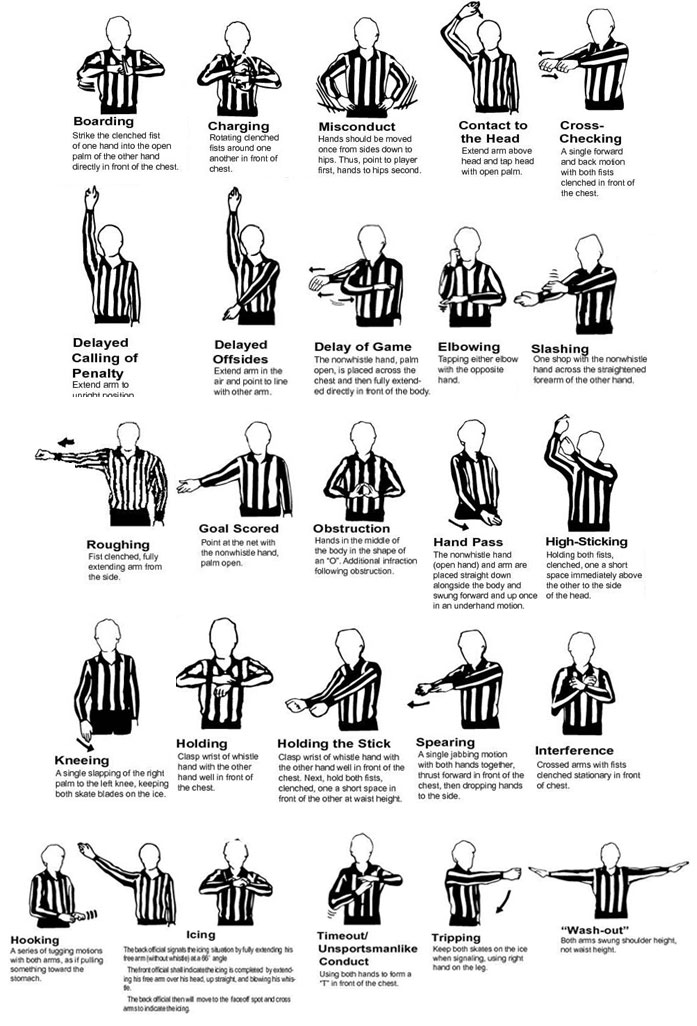