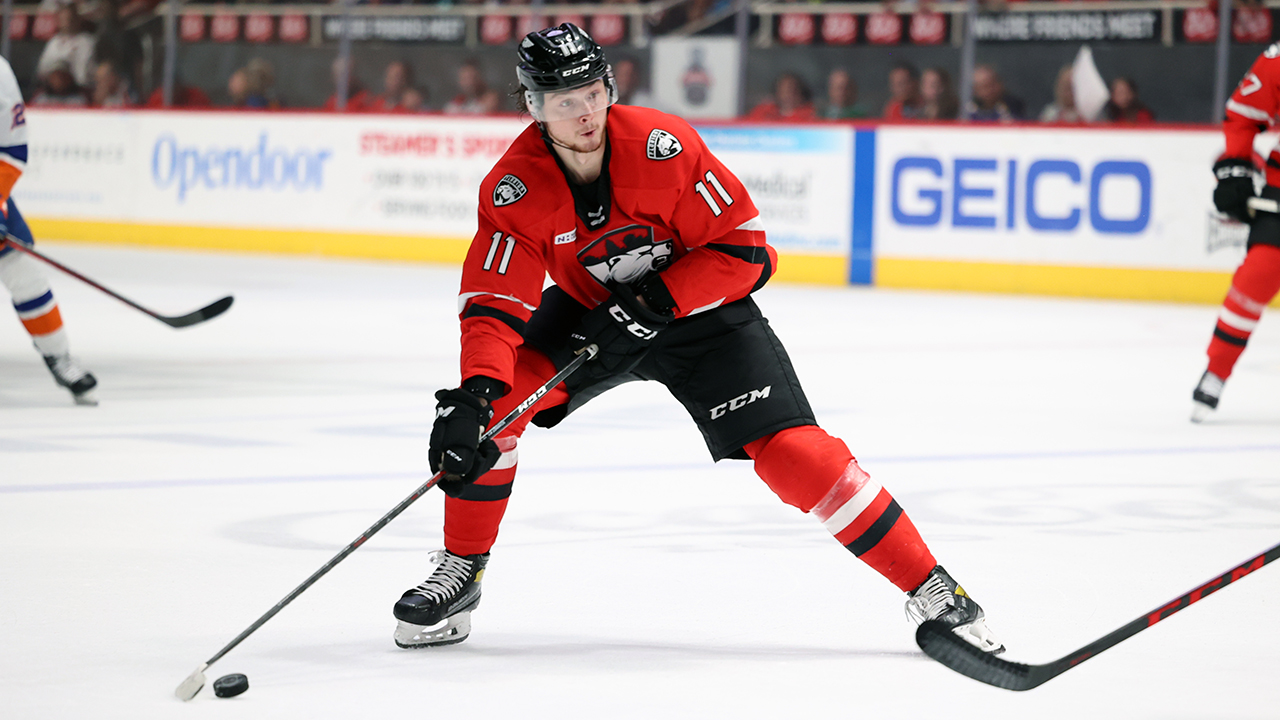 Cole Schwindt is headed to a new organization.

The 21-year-old center who tied for second on the Checkers with 40 points last season was part of a blockbuster NHL trade between the Florida Panthers and the Calgary Flames very late Friday night. In the megadeal, the Panthers received Matthew Tkachuk and a conditional fourth-round draft choice in exchange for Jonathan Huberdeau, MacKenzie Weegar, Schwindt and a first-round draft choice.

One way or another, Schwindt is Calgary-bound as the Flames are in the process of relocating its AHL franchise from Stockton.

In his rookie season with the Checkers, Schwindt ranked third on the team with 19 goals – 17 of which were at even strength, tying him for the third-most such goals among AHL rookies, and another two that came shorthanded while playing regularly on the league’s No. 2 penalty kill. He also led the team and tied for second among league rookies with a plus-22 rating.

Cole Schwindt put on a show in year one 🎉

Let's take a look back at his breakout season! pic.twitter.com/I4DZEZPdEE