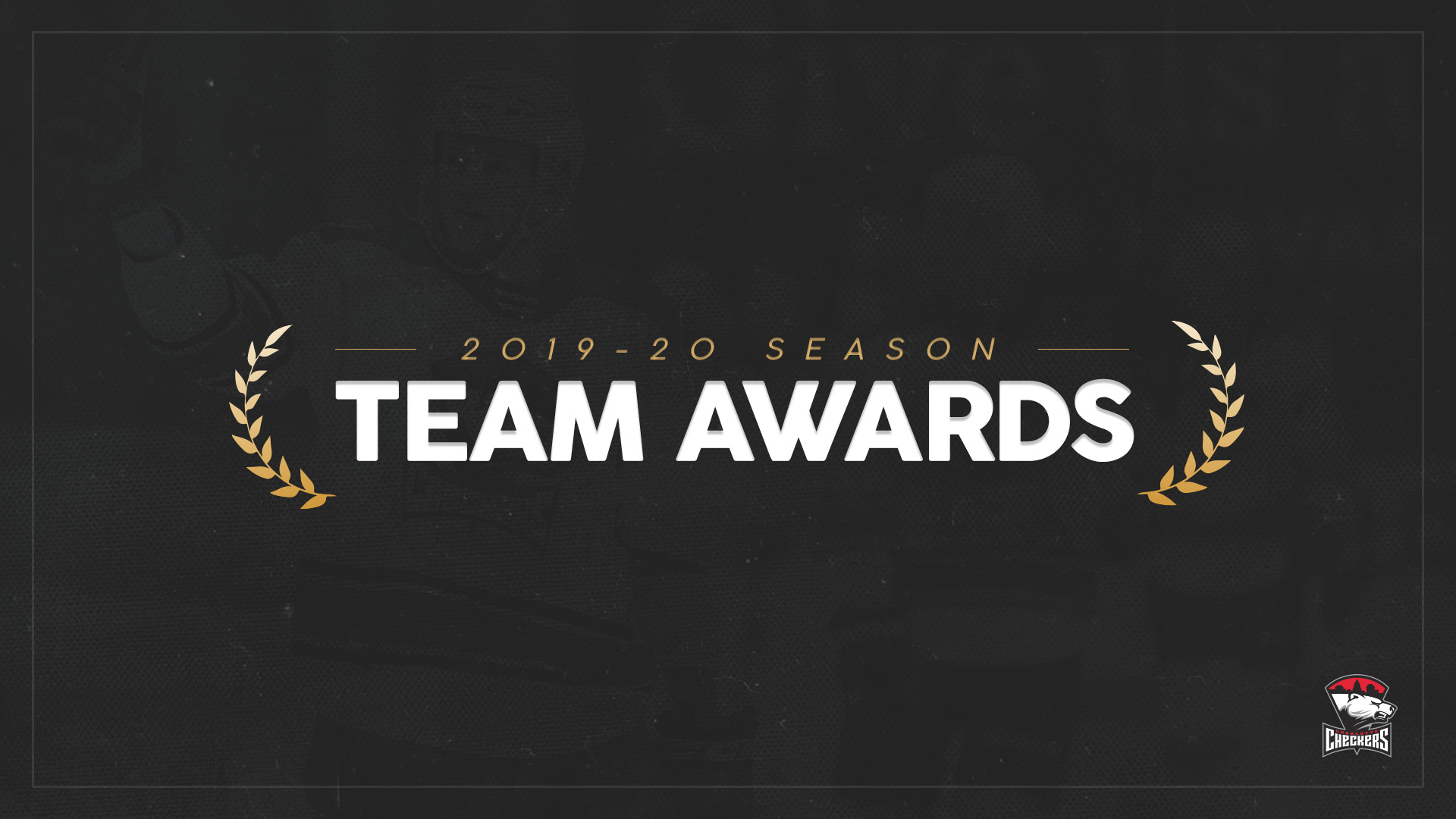 The 2019-20 seasons is in the books, so we’re handing out some awards to this year’s best of the best.

Awards for MVP, Forward of the Year, Defenseman of the Year, Most Improved Player, Unsung Hero, Moment of the Year and Performance of the Year will be announced throughout the next three days, so make sure to check back on the page! 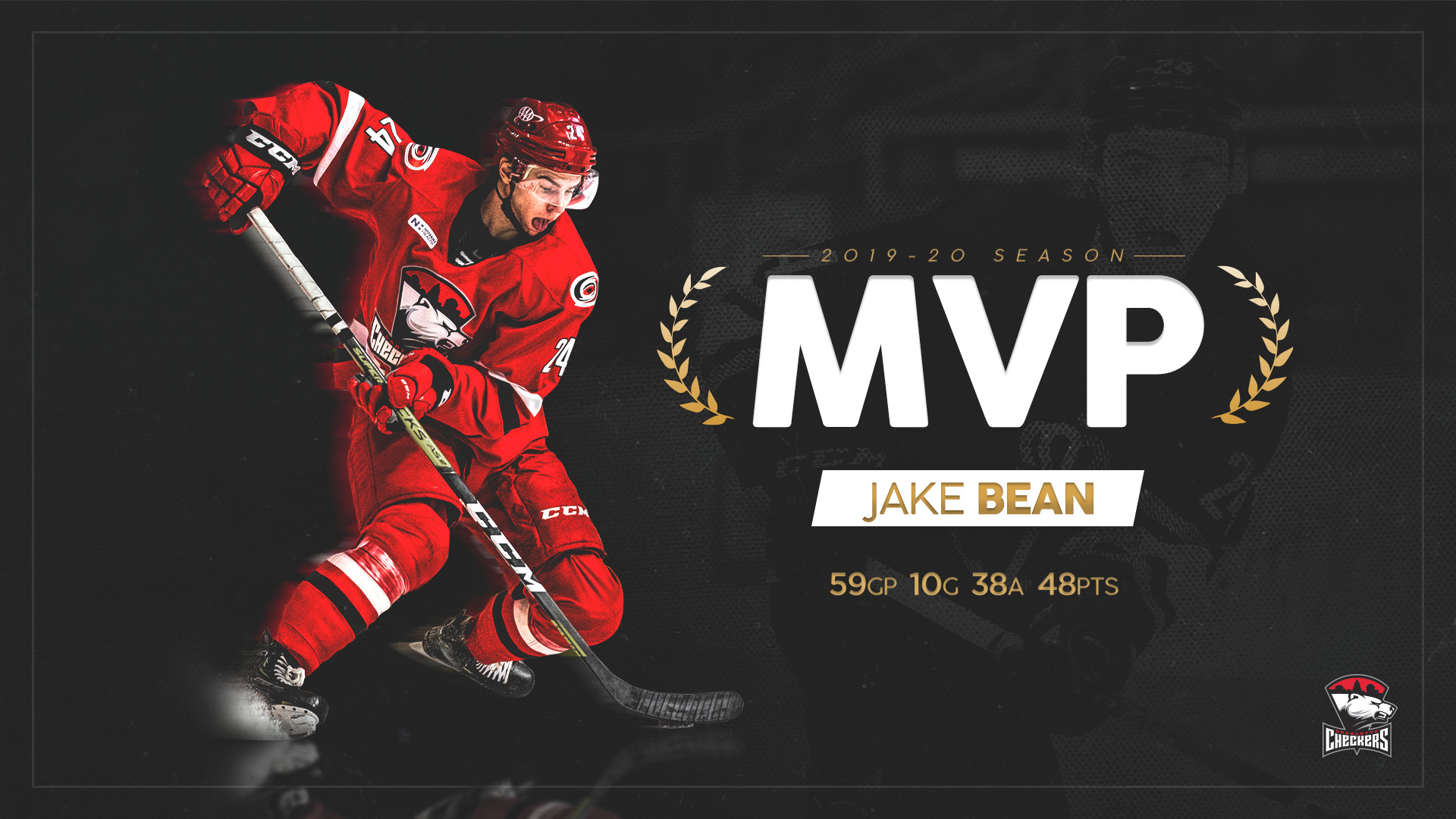 If it wasn’t evident from the truckload of awards he’s already earned, Jake Bean had quite the year. He not only led the Checkers in scoring, he racked up more points than any blue liner in the AHL. Bean logged a ton of minutes for Charlotte and excelled in all facets of the game, standing as a consistent force amongst the sea of changes that came through the roster throughout the season.

FORWARD OF THE YEAR 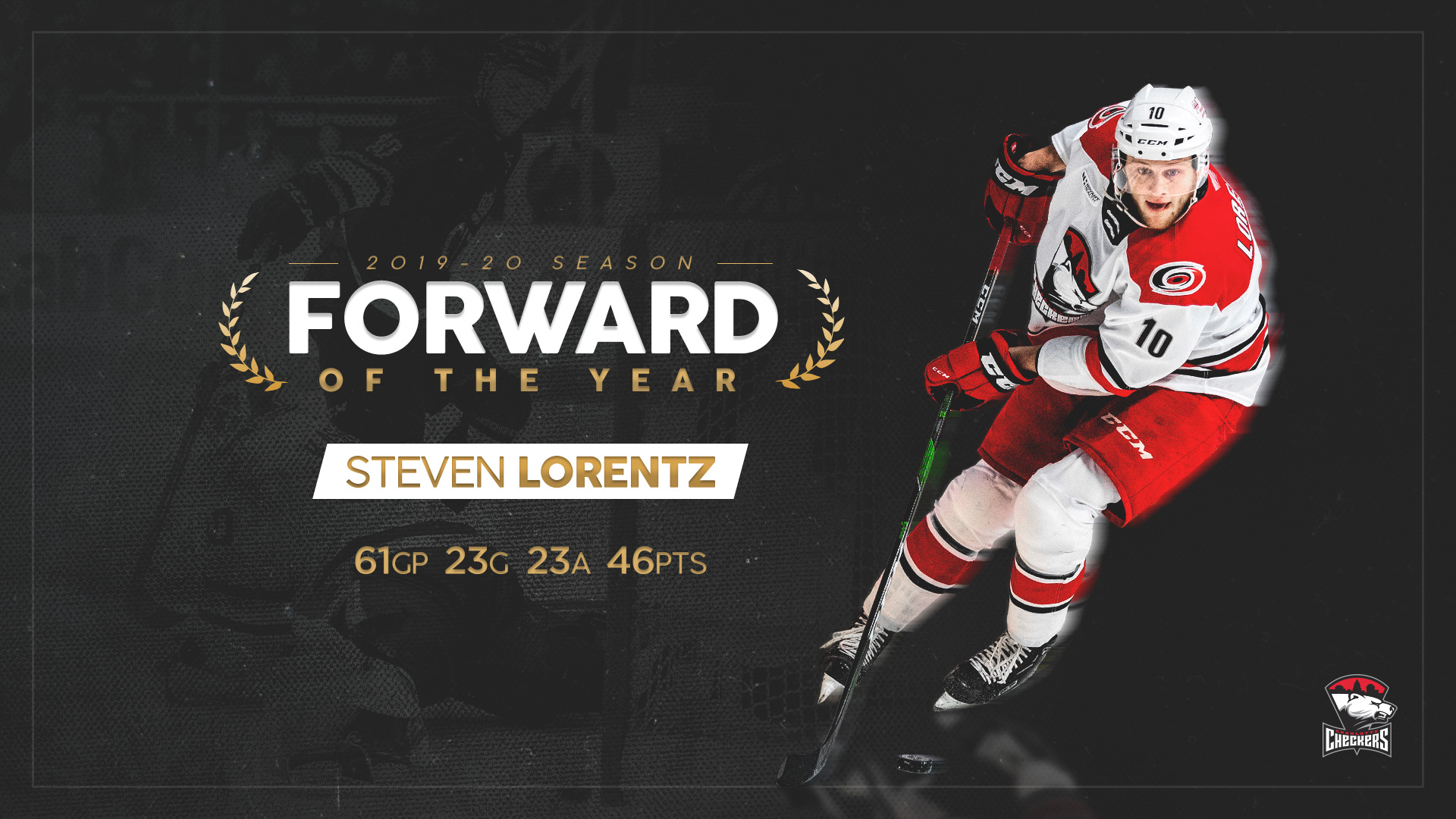 With all the roster turnover last summer, the Checkers entered the 2019-20 campaign with some glaring holes on the offensive front. Fortunately, several skaters stepped up into those roles to keep Charlotte’s attack going, none more so than Steven Lorentz. Using his big frame and high-end skill, Lorentz emerged as a key weapon for the Checkers and finished second on the team in both points and goals, all while being deployed dependably in all situations with a staggering, team-best +23 rating.

DEFENSEMAN OF THE YEAR 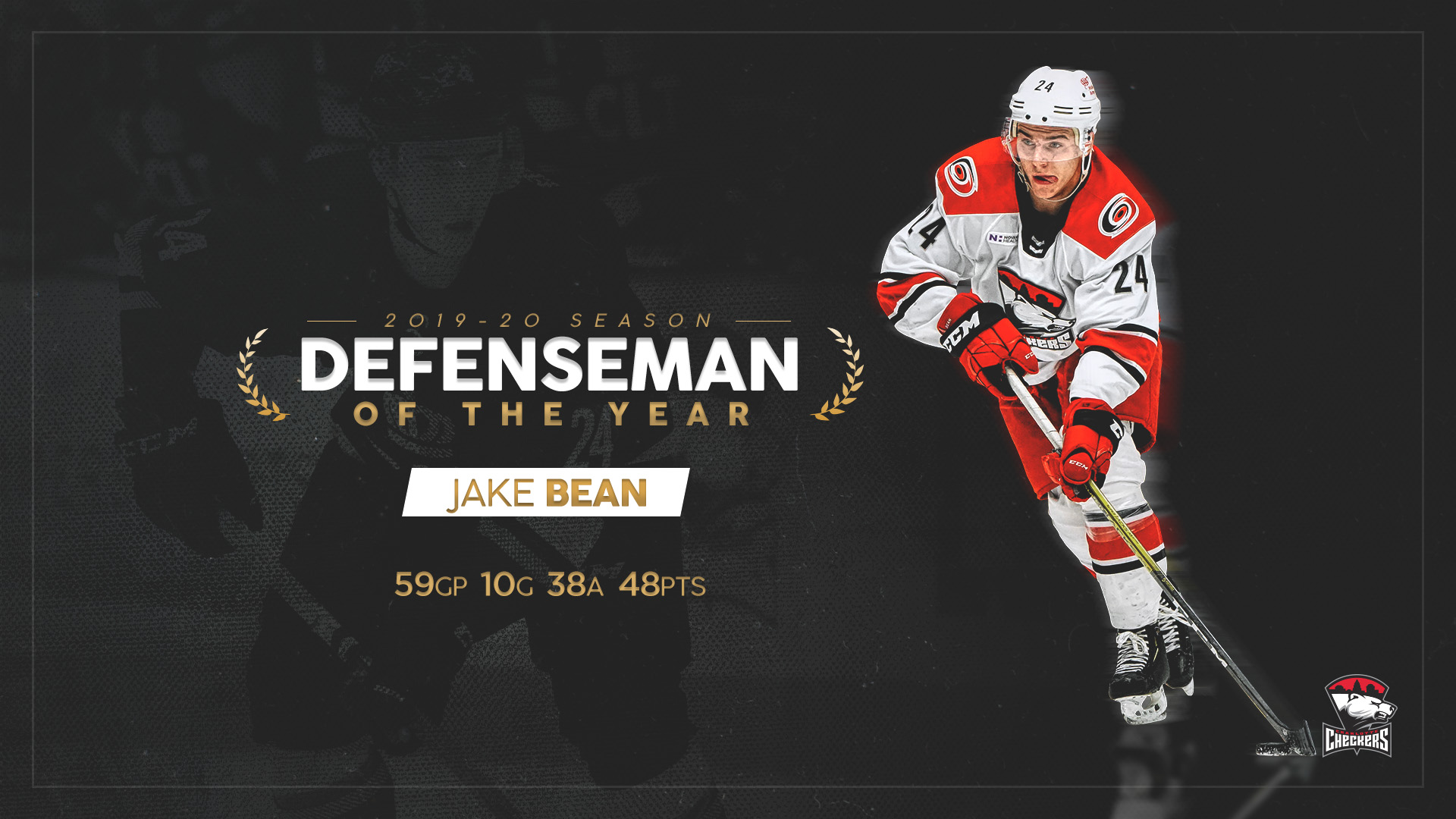 Bean’s electric offensive prowess was on full display in year two. His ability to quickly launch point shots that find their way to the net made him a dangerous option anytime the puck was on his stick. Add to that his agility and penchant for escaping out of pressure and moving the puck up the ice and Bean was a catalyst for the entire Checkers team. On the other side of things, his steady growth defensively allowed the coaching staff to trust him with a heavy workload, and his play helped bolster a Charlotte defense that ranked eighth in the AHL. 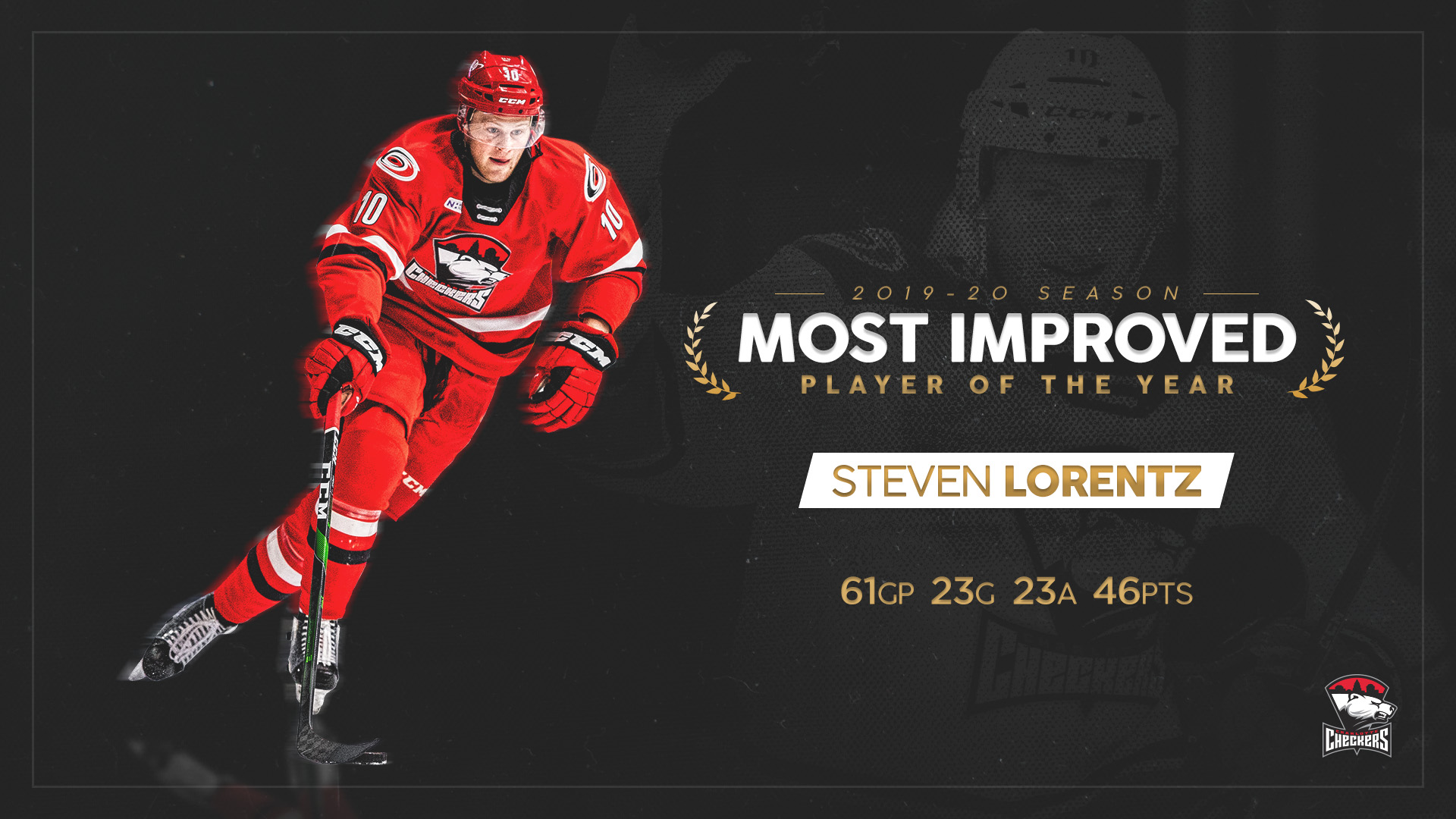 The play of Lorentz this season stands strong enough on its own to warrant his selection as Forward of the Year. But framing it amongst his career makes it even more impressive. He spent almost the entirety of his rookie season in the ECHL, then split year two almost evenly between Charlotte and the ECHL. He entered his third pro season with nine points in 32 AHL games. For most, the next step of that trajectory would be move closer to cracking the AHL full time, then start increasing productivity. Lorentz, however, didn’t just crack the lineup, he jumped all the way to becoming one of Charlotte’s best players. In the span of one season he went from being on the outside looking in to being on pace for a 30-goal campaign, a truly amazing leap. 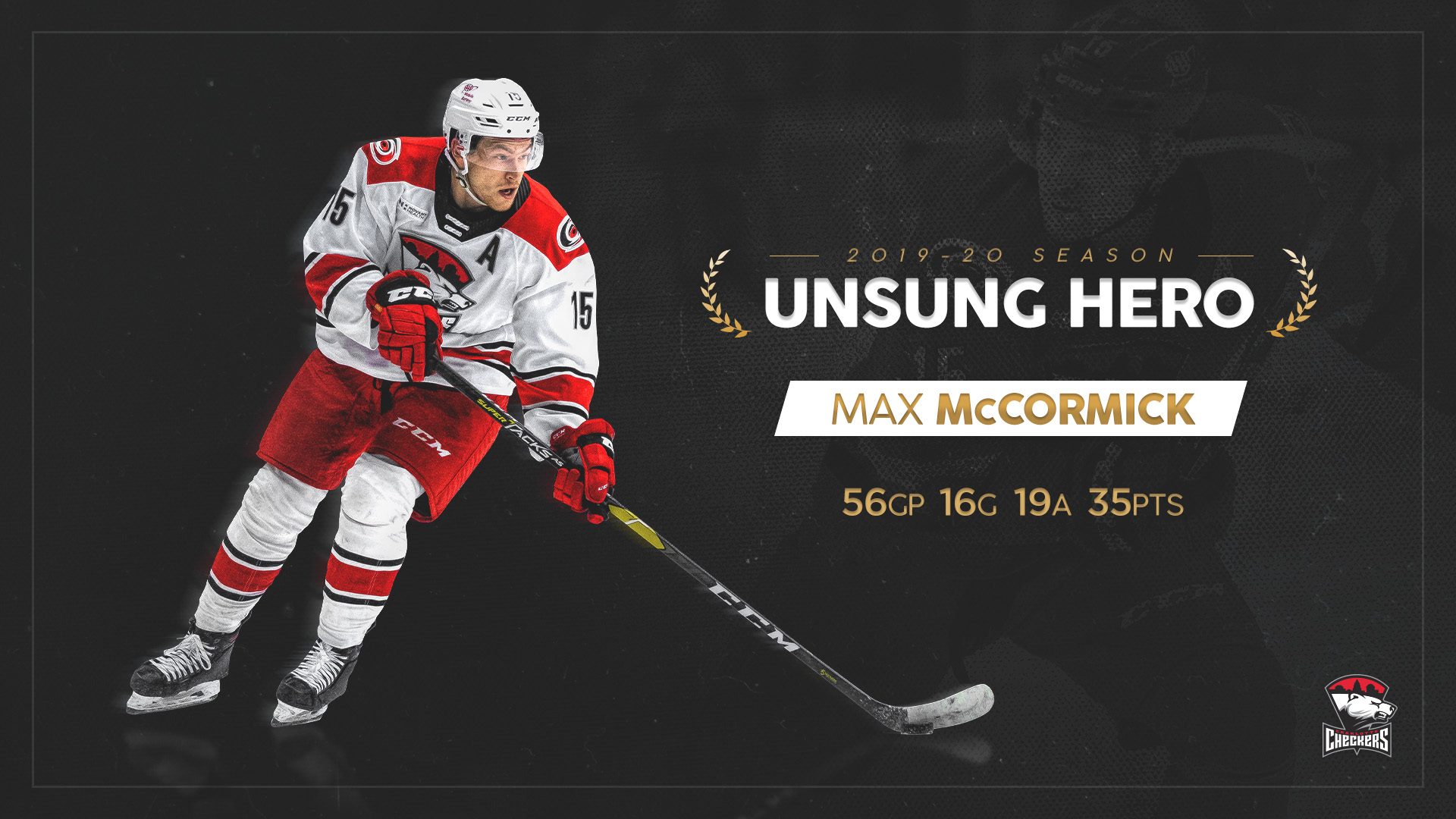 Max McCormick joined the Checkers as a veteran presence, bringing some NHL experience to an increasingly young roster. He did just that, all while quietly turning in some strong production. McCormick’s 16 goals ranked fourth on the team, while his 35 points pulled him just one shy of his career high despite playing in only 56 games. On top of the offensive production, McCormick stood as one of the premier physical forces on the squad, never shying away from stepping up for his teammates. His 120 penalty minutes ranked fourth in the AHL and make him just the second Checkers player over the last four seasons to crack 100 PIM.

MOMENT OF THE YEAR 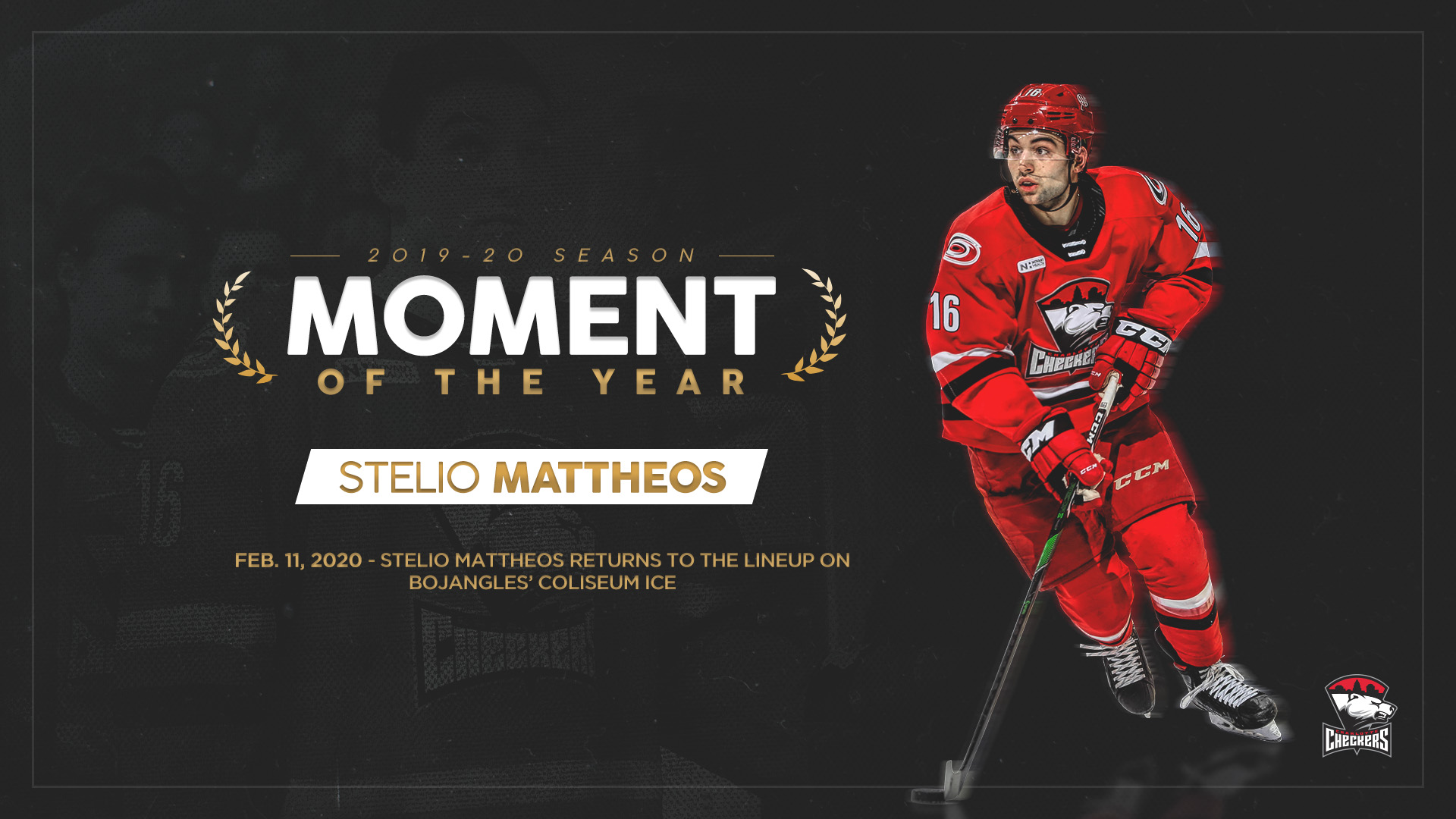 After beating a cancer diagnosis that came just days after winning the Calder Cup, Stelio Mattheos made his season debut on the road in Cleveland on Nov. 1, but suffered an injury that once again pushed him to the sidelines. Finally on Feb. 11, with his cancer in the rearview and his injury setback overcome, Mattheos stepped back onto the Coliseum ice to the cheers of a raucous home crowd and got back to what he loved doing – playing hockey.

PERFORMANCE OF THE YEAR 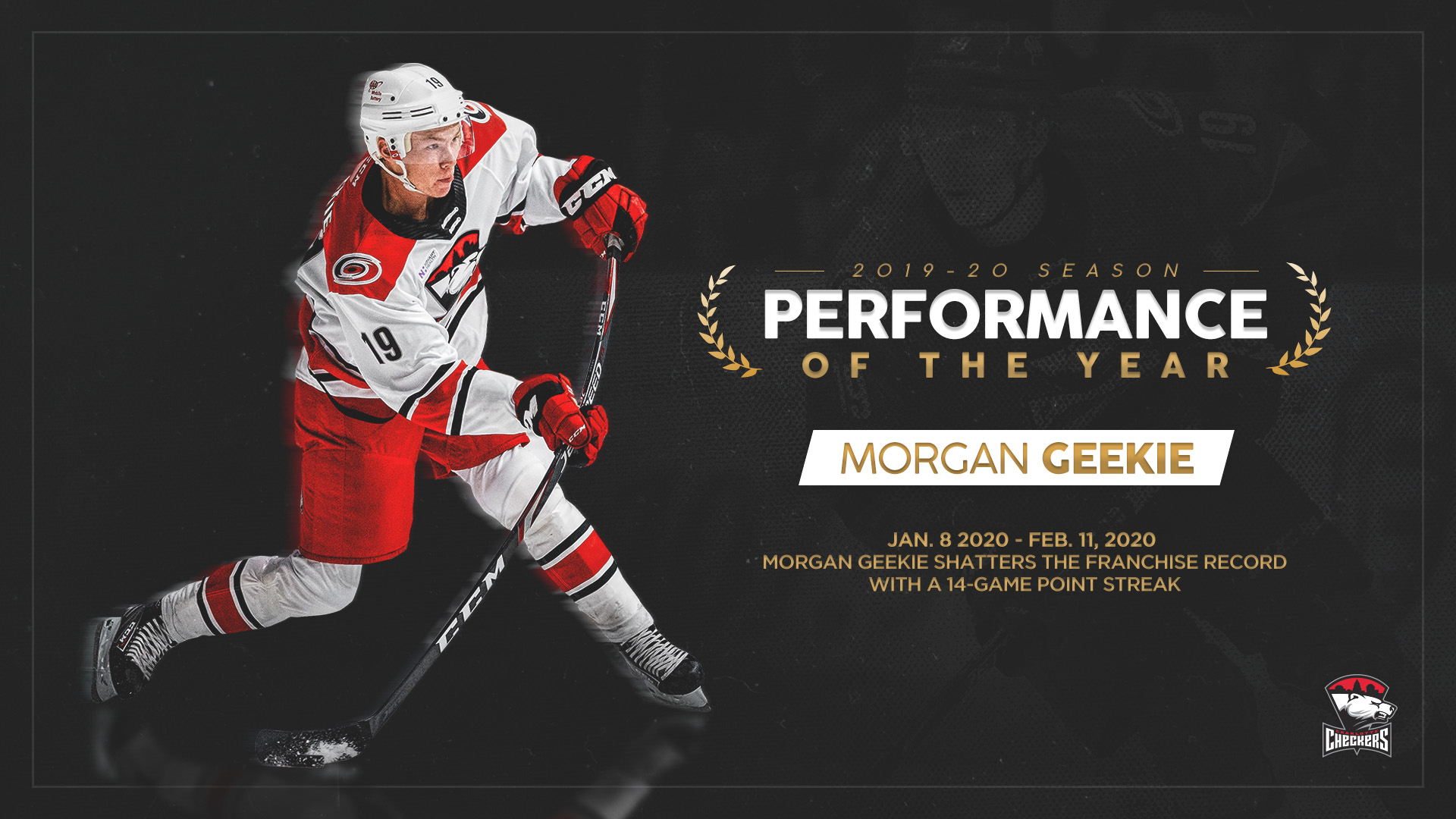 Point streaks are hard to come by. It just takes one off night to derail things, and the fact that only two players in team history have ever hit the 12-game mark shows just how tough it can be. That all illustrates just how impressive Morgan Geekie’s feat this season was. The forward registered a point in 14 consecutive games, shattering the previous franchise record. He racked up 17 points over that spectacular stretch, including a staggering 11 goals, while establishing a new high mark that will certainly be difficult to top.