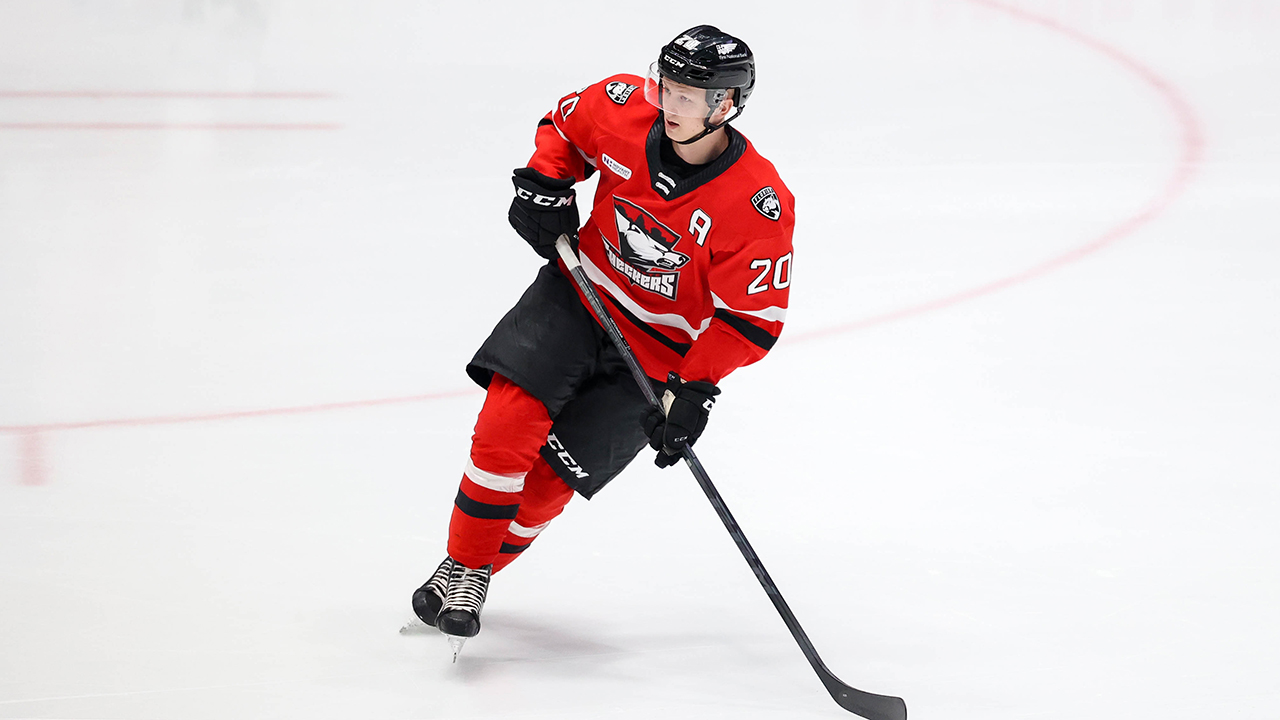 With the Checkers hosting a dual affiliation between both the Florida Panthers and Seattle Kraken this season, leadership was a critical piece of making things work.

When the coaching staff made their selections for the group of captains that they would entrust in bringing the locker room together, perhaps the most unassuming choice was Aleksi Heponiemi.

The 23-year-old entered the 2021-22 campaign with just 64 North American pro games under his belt, splitting his previous season between the Swedish second league, a nine-game NHL stint with the Panthers and a few AHL games in Syracuse.

Whatever he lacked in experience, though, Heponiemi clearly made up for with the impression he left on the coaching staff.

“He’s a quiet leader,” said Checkers Head Coach Geordie Kinnear. “But he does everything right every single day.”

The young Finn didn’t take his role as an alternate captain lightly.

“I appreciate it,” said Heponiemi. “It’s always a big responsibility. We had a lot of older guys like Dalps [Zac Dalpe] around, - even guys that didn’t wear a letter like C’s [Connor Carrick] and [Scott] Wilson, we had a lot of good guys. It’s just a learning thing for me.”

The leadership aspect was part of the step forward Heponiemi took this season. The other part came on the ice.

Heponiemi was a lethal playmaker for the Checkers - leading the team with 30 assists - and proved to be a key asset on special teams as well, racking up a team best 16 helpers on the man advantage.

“Just getting better game by game,” said Heponiemi of his jump in production this season. “Making better plays, just getting used to the game and trying to play faster.”

That strong play earned Heponiemi some time at the NHL level, where he posted one assist in six games with the Panthers.

“You want to play in the NHL so of course that was a good thing,” said Heponiemi of his NHL stints. “I’m going to work my hardest to play there next year.”

With this breakout performance propelling him, Heponiemi’s next goal is to roll that momentum over to next season.

“Just work hard and get better,” he said. “As a player you know what you can do better, and I’m just going to try and work on those things and get some muscle and we’ll see how it goes.”

For Kinnear, who has been with Heponiemi since he made the leap to North America, having someone like that on your side is always a plus.

“He’s a guy that I’ll continue to lean on moving forward,” said Kinnear.