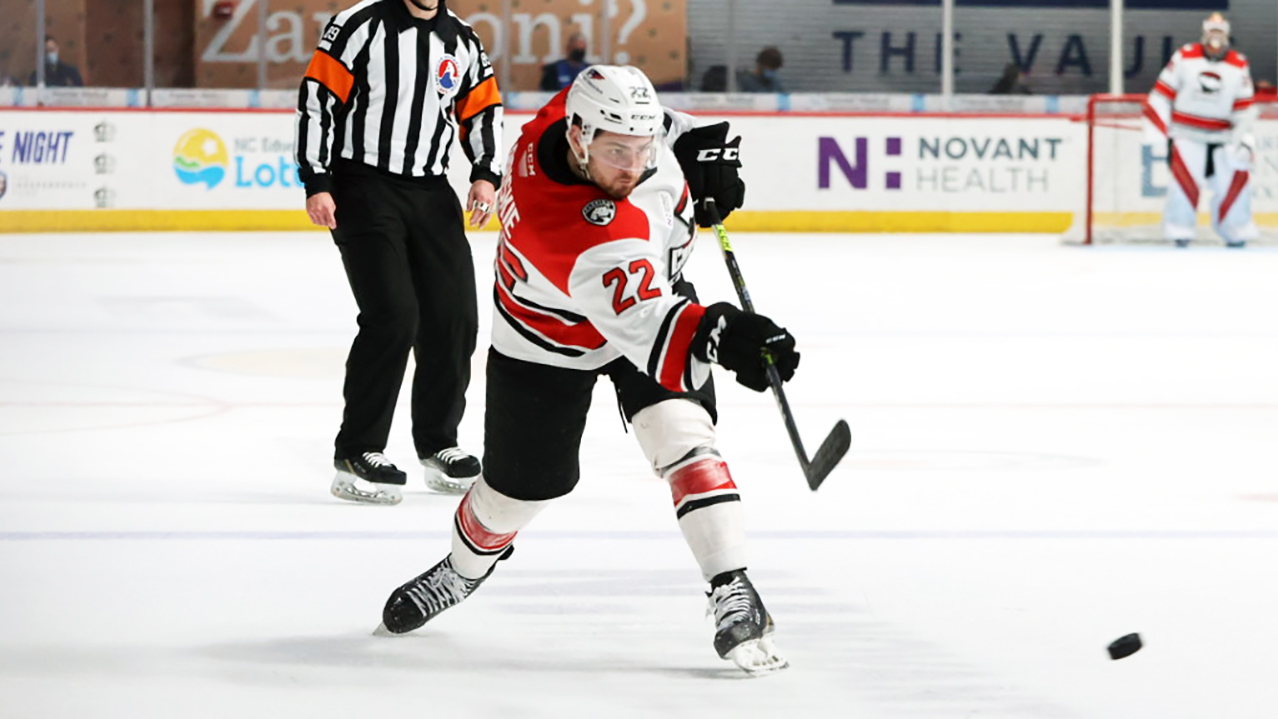 After a whirlwind stretch of games, Chase Priskie has been named the AHL Player of the Week.

Priksie led all blue liners and tied for second across the AHL overall with six points (2g, 4a) in four games.

The third-year pro had a wildy busy week. He racked up four points in Charlotte’s record-breaking win over Rochester on Tuesday, then picked up another helper in Wednesday’s rematch. Priskie was then recalled and suited up for the shorthanded Panthers on Thursday, logging nearly 26 minutes of ice time. He then returned to Charlotte for a quick day off on Friday before playing with the Checkers on Saturday and then scoring the game-winning goal in Sunday afternoon’s rematch. All together, Priskie played five games in less than six days.

Priskie is the first Checker to earn this league honor this season and is the 12th player in franchise history to be named AHL Player of the Week.